The third symphony by Mikko Heiniö is premiered in Turku in May 18. While celebrating his 70th birthday, it nevertheless looks to the future. His work as a composer continues, and he has just finished writing a new opera, his fourth.

“I can imagine composing ten piano concertos, but not ten symphonies,” said Mikko Heiniö (b. 1948) in 1987, on the completion of his fourth piano concerto.

In saying this, he was no doubt referring to his relationship to the two genres rather than giving a precise forecast of his career. His prediction has, however, proved to be surprisingly accurate. His piano concertos now number nine, and there has already been talk of a tenth. His most recent symphony is number three (2017), premiered in Turku on May 18 at a concert to celebrate his 70th birthday.

The piano concertos and symphonies speak of a composer who is profoundly aware of the long generic traditions while at the same time reflecting on their basic assumptions and confines. A similar blend of old and new is a salient feature of his idiom and expression, too.

In the 1970s, Heiniö experimented with various modernistic techniques. He gradually filtered out modernism proper and has since forbidden the performance of many of his early works. In the following decade, he enriched his expression by drawing widely on different styles and even musical genres, and although he has since gravitated towards a more homogeneous idiom, he still operates over a wide stylistic range. His rich, multi-coloured worlds of timbre, his flowing melodies and vibrant, throbbing rhythms lend his music a powerful sensory charge and lay the foundations for a narrative grasp.

Mikko Heiniö entered the Finnish musical scene in the 1970s in two capacities: as a composer and as a musicologist. This dual role was pronounced during his term as Professor of Musicology at the University of Turku from 1986 to 2005. There has, however, never been any doubt as to which takes precedence; and when, in 1990, he asked himself “Composer or musicologist? – To be or not to be?” in the heading of a press article, he replied in no uncertain terms: “I entered musical life as a composer and I intend to leave it as a composer, but in between I can do something else.”

Composition and academe should not, in Heiniö’s case, be regarded as competitors, however. Rather, they are interwoven. The former has, says Heiniö, been useful to him in the latter, because it gave him good tools for analysis, and because it meant he knew from personal experience how a composer thinks.

Stimuli also seem to have travelled in the reverse direction, for the presence of an artistic scholar is marked in his composition. Even in such traditional genres as the symphony and concerto, he seeks out new, alternative perspectives. 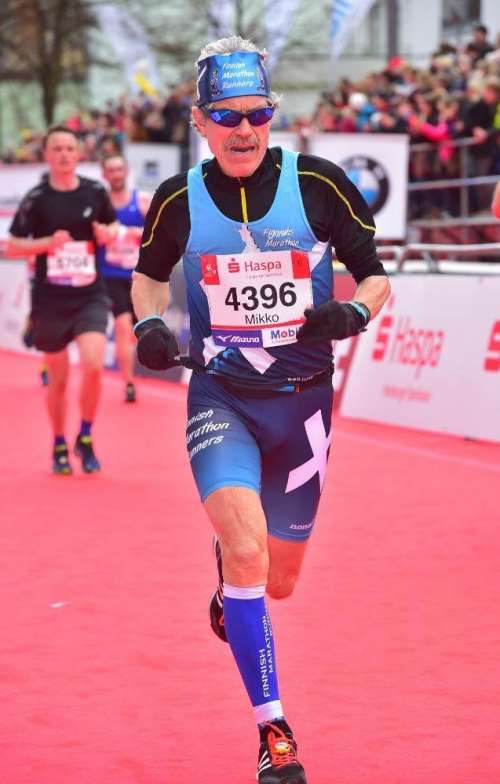 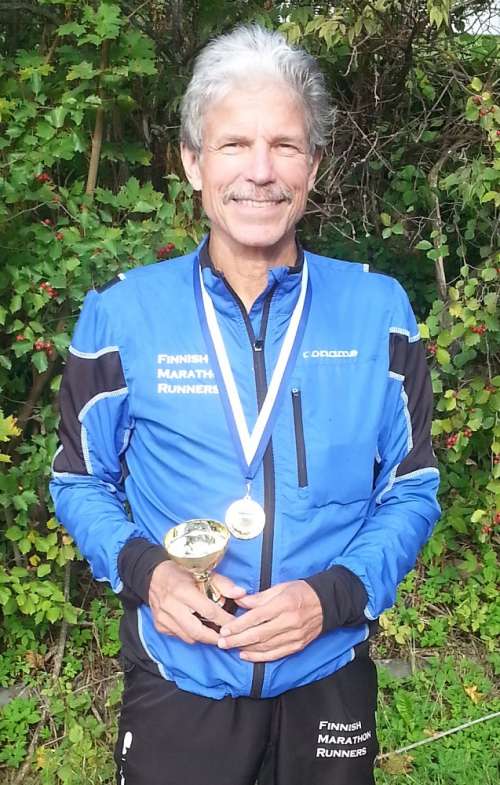 Mikko Heiniö is an avid marathon enthusiast. His finishing times are among the best in his age group.

A variety of angles

Large-scale formats constitute the main category in Heiniö’s compositions: operas, concertos, and sizeable orchestral, chamber and vocal works. He has explored his composer self most regularly in his piano concertos – the most multidimensional set of their kind in Finnish music.

“I have quite deliberately sought a variety of perspectives in my concertos. I feel it’s the only way to keep the genre going.”

The third (1981) and fifth (1989) piano concertos are basically traditional; by contrast, the others involve unconventional line-ups and dramaturgical solutions. The fourth concerto, Genom Kvällen (Through the Evening, 1986), has a mixed choir and string orchestra alongside the piano, the sixth (Hermes, 1994) a soprano and string orchestra, and the seventh (Khora, 2001) an ensemble of five percussion players instead of an orchestra. Kuukonsertto (The Moon Concerto, no. 8, 2008) again has a vocal part and references to his opera Erik XIV, while the ninth (Nonno, 2011) is scored for amplified piano and big band.

The other concertos likewise adopt different basic approaches. Of his violin concerto Alla madre (2007), for example, he said, “It is not a virtuoso piece for a violin accompanied by an orchestra but an orchestral one in which a large orchestra engages in dialogue with a violin”. Alla madre in fact begins as an orchestral work and the solo violin only gradually becomes the centre of the action.

The first of Heiniö’s symphonies, Possible Worlds, dates from 1987. By then, he had arrived at the language that would, with slight variations, continue to provide the foundations for his music. Of all his symphonies, it is the one that comes closest to the traditional generic concept, but as with his concertos, he then examined the format from alternative angles.

The second symphony, Yön ja rakkauden lauluja (Songs of Night and Love, 1997), has a big baritone solo and hence a text, and the third (2017) is in the nature of a sinfonia concertante for percussions and orchestra. Precise titles and generic markers are important for Heiniö, and in the case of the third symphony, for example, he specifically states that it is a sinfonia concertante and not a percussion concerto.

The works of Heiniö in fact often have both a generic and a proper name, and the order of the names may differ. The first symphony, for example, has Possible Worlds as its main title and “a symphony” as its subtitle, whereas “Symphony No. 2” is the main heading and “Songs of Night and Love” comes after.

In thrall to language and theatre

A skilled writer, Heiniö has published numerous articles about music. His attitude to language is not, however, just that of a scholar; it is also that of a creative artist and has strongly affected him as a composer.

The importance of language is evident in his choice of headings alone, and in his awareness of the cultural connotations of different languages. The titles of the five movements of the third symphony, for example, feature four languages. In some of his vocal works, too, he has enhanced the meaning by drawing on several languages. In the choral Maria Suite (2011) the five movements examine through the medium of five languages the interpretations attached by different cultures to the Virgin Mary. Heiniö’s biggest choral opus is Ilta (Evening, 2013–2014). Lasting nearly an hour, it evokes thoughts and feelings aroused by evening in 11 powerful mood paintings to words in six languages (Finnish, Swedish, English, German, Spanish and French).

Ilta can be performed either as a pure concert piece or as a dance theatre production. Heiniö has worked in close partnership with the Turku dance theatre ERI, and he designed the piano concertos Hermes and Khora to be danced with it. All in all, Heiniö, who describes himself as a “theatre freak”, is in thrall to the world of the stage and of the theatre.

As in his piano concertos and symphonies, Heiniö has sought a novel approach in each of his operas. The earliest is the archaic-tinged church opera Riddaren och draken (The Knight and the Dragon, 2000, Turku), and the second the psychological drama Käärmeen hetki (The Hour of the Serpent, 2006, Finnish National Opera) steeped in the Zeitgeist of late 19th-century Helsinki. Commissioned for Turku’s year as European Capital of Culture in 2011 and cast on a scale larger than any of his other operas is Erik XIV, a modern multimedia production about the mentally unstable 16th-century King of Sweden.

Despite their differences, the operas of Heiniö do have one thing in common. “They are all women’s operas,” is how he crystallises it. This applies both to the female leads and to the fact that women may sing some of the male parts, in the breeches-role tradition. Eric XIV, for example, is sung by a mezzo-soprano. Heiniö’s fourth opera, Johanna, which he completed in spring 2018, tells the story of two women who lived 600 years apart. The libretto is by Pirkko Saisio on a subject he had provided.

The work goes on. Heiniö may have retired from academe, but not from composing. For he regards composing not as a career in the conventional sense of the word but as a way of life.