The Sibelius Academy is the only university-level music school in Finland. For decades, it used to be the only institution of any kind to provide tuition in composition. In 2018, composing is acquiring an important role at Finland’s music institutes, too, as in the revised curricula composing is identified as an activity that should be accessible to everyone. How can the Sibelius Academy respond to future challenges with the range of applicants becoming ever more diverse?

Composer Veli-Matti Puumala has been Professor of Composition at the Sibelius Academy since 2005. He has seen a sea-change occurring in Finland over the past two decades. It is no longer assumed that teaching at another institution is “wrong” or that a student entering the Sibelius Academy would have to “unlearn” certain things learned up until then.

“Of course the Sibelius Academy has to move with changes in society at large,” says Puumala. “Teachers must be adaptable and work with the student to build a path forward, be able to see the student’s strengths and shortcomings. A teacher’s job is to open up opportunities.”

The Sibelius Academy is known worldwide for quality. In composition teaching, there are a few key points that attract foreign composition students. One is the ability to engage for a long period of time: composition studies take at least five and a half years.

“If you achieve a relationship of trust between student and teacher, you have a broad base for learning. A student may study composition with a single teacher throughout the degree programme if he or she so wishes,” says Puumala. He stresses that “the teacher must be there for the student at all times”. Teachers must be capable of “sympathetic imagination, which is also fruitful for the teacher’s own composing work, because when you light the path for someone else, you also challenge your own thinking.” 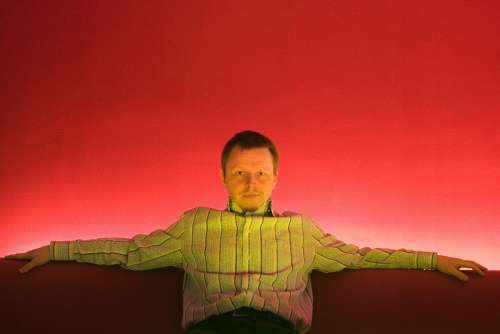 The degree programme at the Sibelius Academy includes a broad spectrum of supporting subjects, a robust package of theory studies to augment the student’s composing. The Sibelius Academy is particularly known for its strong tradition in what might be described as historically informed analytical composition exercises – known in German as Satzlehre, referred to here as “harmony & voice-leading” under the broader heading of “structural awareness of music.” Many foreign students simply refer to the subject by its Finnish name satsioppi when they return home. The importance of craftsmanship cannot be over-emphasised. In Finland, the Sibelius Academy is the only institution to offer such a package.

The Sibelius Academy today forms part of the University of the Arts Helsinki, which was created by merging the Sibelius Academy, the Theatre Academy and the Academy of Fine Arts. There are plenty of opportunities for inter-art projects and for effortless collaboration, especially if the students themselves actively seek such collaboration. In the best cases, this may result in career-long partnerships.

It is a particularly excellent bonus that composition students have the chance to work with the Finnish Radio Symphony Orchestra and the Helsinki Philharmonic Orchestra. Students have access to these, the finest orchestras in Finland, through composition workshops, allowing them to hear what their music actually sounds like and to fine-tune their writing as a result. Similar preparatory workshops are available with the practice orchestra of the conducting class at the Sibelius Academy. Moreover, there are concert series on contemporary music within the Sibelius Academy that bring together composers and musicians.

The challenge of plurality

Veli-Matti Puumala is firmly rooted in central European modernism in his own work as a composer. How can the only Professor of Composition at the Sibelius Academy avoid imposing his own aesthetics or stylistic ideals on composition teaching?

“If I disagree with a student on stylistic issues, I always stress that it is only my opinion. Regarding the details of a composition, I encourage students to make decisions for themselves.”

Is it possible to compose “wrong”? “Composers can best get their message through if their technique and their expressive desire are balanced. Composition technique helps you realise your intuition. But in an aesthetic sense there is no such thing as composing ‘wrong’.”

“I will not as a teacher change any of the directions that you’re going in because I think that’s not appropriate. What I’ll do is criticise as best I can what you bring me and try to help you make it work, or advise you that I don’t think it will.”

Juhani Nuorvala, Lecturer in Composition at the Sibelius Academy since 2011, feels that although the general atmosphere in composition teaching at the Sibelius Academy in terms of technique and style has become freer over the years, “the hegemony of central European modernism is still firm, but then again that is true of the Finnish contemporary music scene, too – again”. Before his current position as lecturer, Nuorvala was a fee-paid teacher in the composition class at the Tampere University of Applied Sciences, or TAMK, for nine years. (More about TAMK at the end of the article.)

“It was not so many years ago that I had a discussion with my composer colleagues about whether it would even be possible to graduate as a composer from the Sibelius Academy if one only wrote tonal music,” says Nuorvala. “The fact that we were discussing such a thing at all in itself felt very 20th-century to me, even though we are well into the 21st. My counter-question is whether it would be possible to graduate with a portfolio containing nothing but atonal music of the past.”

Puumala notes that “even if there were people coming to the Sibelius Academy who wanted to specialise in composing tangos, for instance, they would still need to study the wider context of contemporary music. It could scarcely do them any harm.”

Nuorvala points out that the Sibelius Academy has an excellent Music Technology Department where students can study both sound art and composition. Many composition students take music technology units. In the future, concept art utilising sound may well prove to be a robust alternative to composition in the traditional sense. Then again, someone interested in writing film music has very different craftsmanship needs.

“One composer who is now creating a career in Hollywood said that our satsioppi studies had provided a strong foundation and an important advantage in his work as a film composer,” says Nuorvala.

Students applying for composition studies now come from increasingly diverse backgrounds. Some may have been working more with computer software than with music staves since entering the music institute. Nuorvala toys with the idea of changing composition teachers on a yearly basis, “like they do at the Eastman School of Music in Rochester”.

“A student might gain much more in that way,” says Nuorvala. “Of course, we need to strike a balance in the question of whether the Sibelius Academy is a service provider or a university aiming for degree completion.” But Nuorvala is also fine with an extended teacher-student relationship if it feels right for the student.

Juhani Nuorvala’s guideline in composition teaching is something that John Cage said to Ben Johnston when the latter sought to study composition with Cage:

“I will not as a teacher change any of the directions that you’re going in because I think that’s not appropriate. What I’ll do is criticise as best I can what you bring me and try to help you make it work, or advise you that I don’t think it will.” 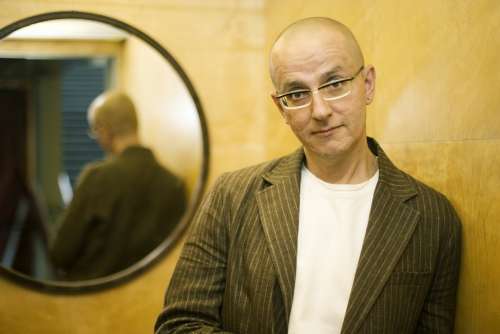 “We strive for equality and plurality in our choice of teachers,” says Veli-Matti Puumala. “Selection processes are slow. We want to have even our part-time teachers commit for an extended period of time. They grow slowly to fill their respective niches.”

Each year, some 40 young people apply for the composition degree programme, but only a handful can be admitted. Even now, the overwhelming majority of them are men. Gender equality has not yet been achieved, although the trend is favourable.

Of course, equality is also sought in offering a wide palette of teaching to cater to young people coming from very different musical backgrounds. In fact, we may be repeating history in the sense that it used to be the case that composers were also eminently competent performing musicians, and hands-on expertise in performing music gives a very different set of tools for composing than current teaching methods.

“But it would not make sense to begin tweaking the curriculum according to current trends, not even experimentally,” Puumala points out. “The Sibelius Academy has a tradition of music theory subjects that is heavy on craftsmanship. It is quite demanding for students, but successfully completing those studies guarantees a firm technical competence.”

One possible solution for coping with the challenges of the future would be to establish a second university-level music education institution in Finland, its profile being to complement the composition teaching given at the Sibelius Academy.

Juhani Nuorvala describes an experience from last year. He had been invited to be on the examination board at a master’s recital at the Estonian Academy of Music and Theatre.

“Six students were graduating. They were all very good and very different from one another in the music they were creating. There was sound art, there was traditional chamber music, there was modernist orchestral music and electronic music. And all of them were women.”

Featured photo: Composing student Aino Tenkanen at a lesson by Sibelius Academy of the University of the Arts, Helsinki / Veikko Kähkönen.