“When the quarantine was in full force, I couldn’t think of a day without music. We were listening to different types of music for maybe five or six hours a day,” says conductor Klaus Mäkelä. He spoke to Andrew Mellor about how and what kind of music has been sustaining him through the period of Covid-19, and what the connection with the audience means to him as a chief conductor.

We know Finland produces outstanding conductors. Rarely are they as articulate and prodigious as Klaus Mäkelä. At the age of 24, he will become the Oslo Philharmonic Orchestra’s youngest chief conductor in August. So confident is the Norwegian orchestra in its choice that it recently extended Mäkelä’s contract – three months before his first day in the job.

Mäkelä started his musical career as a cellist and still plays the instrument professionally. He first conducted at the Finnish National Opera at the age of 20, and holds positions with the Swedish Radio Symphony Orchestra and Tapiola Sinfonietta. He has already conducted the Boston Symphony and Royal Concertgebouw orchestras.

As artistic director of the Turku Festival – an annual August fixture in Finland’s historic former capital – Mäkelä has watched as the event fell victim, slowly but surely, to the Coronavirus crisis. He was in Paris, working at Radio France as both a conductor and cellist, when Covid-19 took hold in Europe and countries started, one by one, to lock down.

The Coronavirus crisis unfolded almost in slow motion for many of us – was this the case for you?

Yes it was – and the effects were clearly felt at different times around the world. I came home from Paris in the middle of March, and the scale of things really hit me when I got to the airport back home in Helsinki. I started to realise that everyone is going to be affected by this. Coming concerts were cancelled immediately but gradually, concerts much further ahead started to be cancelled; I became very worried for my festival in Turku and then for the start of my tenure at the Oslo Philharmonic.

Like everyone, I suppose my thoughts were going through various phrases. Then, like so many others, I thought this might be a brilliant opportunity to study new repertoire and find new approaches and new perspectives to other music. But there came a time when I started to wonder when I will actually get to conduct again, and under what circumstances.

A conductor without an orchestra is a musician without an instrument. I was lucky in that I immediately had some time with my cello. Playing an instrument, you are at least connected somehow to sound – you have a physical connection to music.

Has this time prompted you to consider the meaning of what you do?

Yes. The whole world stopping is, hopefully, a once in a lifetime moment – a moment the whole world has shared. That makes you think a lot.

It’s hard to put in words, but I’ve been trying to ensure that I evaluate things when I eventually get back to work – that I consider what the role of the chief conductor actually is, and in particular, what the connection with our audience actually means. This is something we take for granted.

We do our thing, we focus on the music, and then we bow. But now we’re looking at playing for an audience at home and then perhaps later on a smaller audience in the concert hall at the start of the season. These little things make a difference, and we don’t normally think about them.

Has music has been sustaining you through this period?

When the quarantine was in full force, I couldn’t think of a day without music; we were listening to different types of music for maybe five or six hours a day. I have been immersing myself in Gustav Mahler, and for partly professional reasons. This has been the perfect time for it.

Mahler is a composer in whom you just have to immerse yourself and you rarely have that kind of opportunity in normal life, because – just like Mahler, ironically – you’re conducting other people’s music all the time. I’ll be doing a lot of Mahler in this coming season in Oslo and in the season after that.

His music is so often about overcoming difficulties and facing mortality.

He grew up in a world where death was more a part of life. Of course, his music is so powerful and so emotional and so tragic, but it also has this tendency to suddenly change mood, from darkness to light. It combines this tragedy with this overwhelming beauty that almost seems to come from somewhere else. For me, that is a very good description of living in quarantine – journeying through all these different moods. 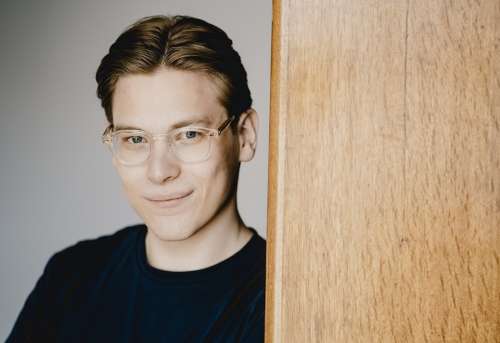 You are due to conduct Mahler’s first symphony in your inaugural concert with the Oslo Philharmonic, on 20 August…

…and that is precisely such a symphony, with one of those moments: in the middle of a funeral march, when a melody from Songs of a Wayfarer suddenly appears. It looks very possible that we will go ahead with that concert. It would be such a moment.

To be honest, playing any piece with an orchestra right now – even just a miniature of a few minutes – would mean so much emotionally to me and to the musicians. Mahler’s first symphony would be quite a symbolic gesture.

But of course, when an orchestra hasn’t been playing together for half a year, we need to think about how quickly can we get up to a certain level, because we are not just happy with anything – we want to aim high. So I am glad that the orchestra musicians in Oslo have been playing together in some form, broadcasting concerts under the wonderful Interlude project.

We should have been hearing lots of Beethoven in 2020, 250 years since his death. Have you missed him?

At some point I should be completing a Beethoven symphony cycle that I started two years ago with Tapiola Sinfonietta. We had to cancel the Eighth Symphony and have the Missa Solemnis and the Ninth Symphony still to do. We will have to see whether we will actually be able to perform those last two pieces in Finland, as they obviously need bigger forces.

But still, the Missa Solemnis has been a great inspiration in these last months. Somehow, the piece just makes me think about everything so much and continues to have a huge emotional impact. It’s like looking at a great building or a great artwork, you cannot help but look at it and think, how can somebody write something like this? I always thought that when listening to it, but now I have had the time to really, really read the piece from the score. I still don’t really understand how it can be possible for someone to write something like this.