Many of today’s Finnish professional musicians attended the Sibelius Upper Secondary School in Helsinki. In addition to general education and musical & dance tuition, the school provides contacts, networks and encounters.

Specialist upper secondary schools came into being in Finland in the 1960s and 1970s when the Government granted permission for extended tuition in arts subjects at four schools. In 1991, the power of granting such authorisations was transferred to the Ministry of Education.

The Sibelius Upper Secondary School has operated under that name since 1982. Students can choose from a wide range of music courses from chamber music to jazz and from theory of music to music technology. In addition to voice and instrument tuition and ensemble playing, there are composing and arranging classes and musical productions. The school has a symphony orchestra, several choirs and a variety of ensembles. The school has a music programme, a dance programme and a general programme.

Hannu Rantala, headmaster of the Sibelius Upper Secondary School, considers that schools specialising in music are well placed in the national context: they are evenly distributed through the country.

“Every music-oriented upper secondary school has its place, and each one has evolved a profile and a focus for itself over the years,” says Rantala.

Päivi Nummela, who has taught music at the school for more than 30 years and is now deputy headmaster, agrees entirely. She sees great merit in the diversity in focus between schools. “Just think of it: the Kaustinen Upper Secondary School [in Ostrobothnia] specialises in folk music, and many students from the Helsinki metropolitan area go there,” she says.

The major change in teaching content during Nummela’s career has been a shift in the proportions of individual and group tuition. In the 1980s, the school had 40 music teachers; some instrument teachers had only one or two pupils. Today, there are fewer than ten music teacher positions, which inevitably means that group classes have largely replaced individual tuition.

Päivi Nummela says that it is important to keep in mind what the educational goal of an upper secondary school is, even if specialising in music. She notes that the principal purpose of the school beyond its basic mission – educating students to prepare them for the matriculation examination that qualifies them for higher education – is to provide contacts, networks and encounters, not just in the field of music but in the broader field of the arts in general.

“Drawing influences from a variety of areas and being able to engage according to your interests, even if they are in a marginal genre, have a huge impact on a young person’s identity and future. It’s all about being accepted and being able to give serious thought as to whether I could become a musician,” says Nummela.

Hannu Rantala agrees. Now more than ever we need openness and tolerance to balance the self-centredness of today.

“Not everyone who matriculates from this school becomes a professional musician or dancer, but whether you decide to become a teacher, a scientist or a police officer, the arts education you have gained will be an asset in whatever you do. Being trained in various subjects and being able to look at things from more than one perspective can only be a good thing,” he says. 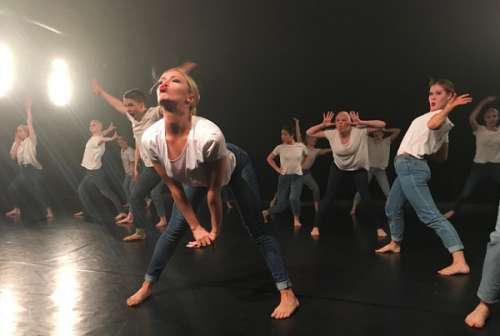 Finland’s Ministry of Education and Culture is currently revising the criteria for granting specialisation authorisations for upper secondary schools and for their funding. Decisions on authorisations, specialisations and additional funding will be made in autumn 2017. The reform is said to equalise the funding system; about half of Finland’s more than 70 specialist upper secondary schools have not had access to additional funding so far. Hannu Rantala is cautiously optimistic about the ongoing reform.

“Here at the Sibelius Upper Secondary School we are fairly confident about future developments, because we have already established ourselves in the field of music schools. Of course, if many new schools apply for a specialisation authorisation, then the available funding per school will decrease,” he says.

Rantala cannot perceive a dramatic downsizing of arts or culture in the reform proposals now being put forward, although he admits to being concerned about the cutting of arts teaching in schools.

“Art and culture have intrinsic value and make a contribution to society. I believe that Finland will continue to acknowledge this. The results speak for themselves: this school alone has sent many fine musicians out into the world,” he explains.

Rantala sees potential for national development in the reform of the specialist upper secondary school system. In the future, a school might specialise for instance in providing continuing music education for class teachers who do not have a formal music teacher’s qualification.

“There are class teachers in Finland who teach music although they have no training for it. Developmental tasks such as this could improve the status of music education and contribute to improvements. But much of this depends on the decisions made on additional funding,” says Rantala. 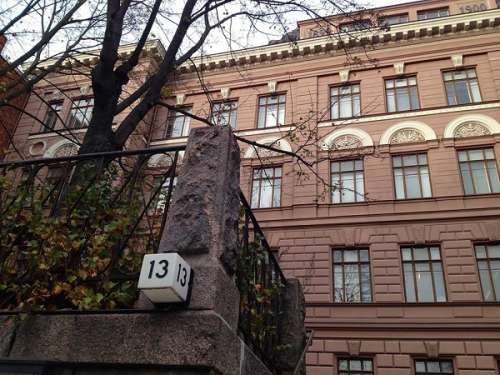 I travelled to the Sibelius Upper Secondary School from Järvenpää every day. I felt I had found a place and a community where I belonged. I enjoyed going to school, even though it meant getting up very early in the morning and even though the days were long. I sang in the chamber choir and in a band, I took piano and voice lessons, and I performed in various productions. My time at the school brought me my first proper contacts outside the field of folk music, encounters with musicians from other genres and opportunities to make music with them.

My time at the Sibelius Upper Secondary School from 1988 to 1991 was a great time and pointed my way forward in life in more ways than one. It was wonderful to be with people who thought the same way I did and to both study and make music with these people. I hope that future generations of musicians will have the same opportunity.

The Sibelius Upper Secondary School changed my life. I never felt at home in the social circles of ordinary schools; I felt there was no place for me in the world. When I entered this school, my life and my career began to take shape like never before. I knew that music was my home. I was now able to go to school with like-minded people, to play in a symphony orchestra, to sing in a band and in a choir and to play chamber music. Many people who are now my colleagues went to the same school, and some of the most important relationships of my life began there. I would not have the career I have now without the Sibelius Upper Secondary School.