In 1980, the Nordic Music Days were held in Helsinki but with some non-Nordic guests at the party: a deputation of composers from Great Britain. It has taken us Brits nearly four decades to return the favour, but in September 2017 we will do so in some style as the entire four-day festiva is transplanted to London.

“It has always been obvious to me that if you want to use NMD to market the great contemporary music coming from the Nordic countries, it would be more efficient to do so outside the Nordic region than inside it,” says Martin Q Larsson, the 2017 festival’s director.

His timing couldn’t be better. The United Kingdom remains in the grip of a strange and wonderful obsession with the culture and lifestyle of the Nordic countries. London’s most prominent arts complex, Southbank Centre, is in the midst of a yearlong celebration of creativity from the north entitled Nordic Matters. There can be no grumbling from the composers and delegates either: “there are so many flights to London right now that it’s cheaper to get there from Stockholm than it is to get the train to Gothenburg”, says Larsson.

Rather more than travel arrangements have changed since 1926, when Jean Sibelius, Carl Nielsen and Wilhelm Stenhammar were famously photographed together at the festival in Copenhagen. But the purpose has remained the same since NMD was established in 1888 (it remains the oldest ongoing formal collaboration of any sort between the Nordic countries).

“It is about getting to know each other and having the chance to hear and see what is happening in our neighboring countries”, says Osmo Tapio Räihälä, a featured composer at this year’s festival but also artistic director of 2018’s meeting in Helsinki.

Accordingly, the 2017 line-up remains exclusively Nordic in compositional terms, featuring composers and sound artists from Finland, Iceland, the Scandinavian countries and the Faroe Islands. The difference, says Larsson, is in the dialogue: firstly with “musicians, composers and music societies of Great Britain in the shadow of the Brexit decision”, but perhaps even more importantly with the public in London.

“Southbank Centre has approximately 14,000 visitors per day, so we’ll be happy if we reach 50,000 British citizens over the course of the festival,” says Larsson. That’s almost a tenth of the population of Helsinki.

Beyond the new music community

But he might just pull it off. Never has an NMD looked, on paper, more participatory or immersive. It is bookended by communal performances: opening with a mass joik on Thursday 28 September and closing with a come-and-sing performance of a new work by Unn Paturson in the same space, the Royal Festival Hall’s Clore Ballroom, exactly 72 hours later.

In between, children’s choirs from across London will sing Madeleine Isaksson’s Várije, which sets texts in the southern Sami language; amateur musicians will participate in a performance of Per Nørgård’s Aspects of Leaving and anyone can try their hand at performing the reams of music that will fill the “A4 Room”, where no score can sprawl beyond the confines of a sheet of A4 paper. Each day, short workshop sessions will deliver new works written in the space of an hour and subsequently performed in the Royal Festival Hall’s open foyers on the banks of the Thames. There, they could be heard by hundreds. 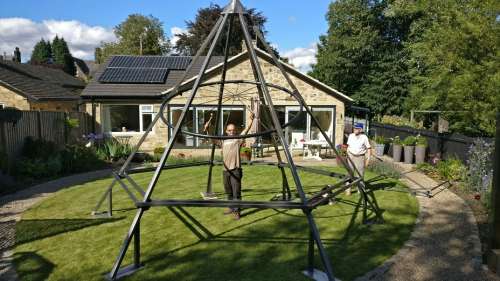 Immersive and installation-style events (including the Northern Lights Lounge – a room that will spool electronic music by composers including Räihälä – and Paul Jefferies’s Musical Sculpture inspired by the northern lights) have, says Larsson, been consciously designed to broaden audiences.

“People in London don’t just want to go to a concert and leave again, they want to be involved,” he says. “We are addressing a certain strand of the public that audience development theory calls ‘explorers’. These are people who read culture pages in newspapers and who go to see plays and exhibitions and films that aren’t in American. They have probably never reflected on the fact that the ‘classical’ concerts they go to generally only include music by dead people.”

"I feel NMD presents an opportunity to go find something that you didn’t know you needed.”

The difficulty, then, is in balancing those ideals about reach with NMD’s purpose – captured in that photograph of Nielsen, Sibelius and Co – as a forum for exchanging ideas on the advancing of musical language among countries which have long been at the forefront of the discourse. Larsson points to those composer workshops as well as the inclusion of works by Kaija Saariaho, Anders Hillborg and Simon Steen-Andersen – three generations of Nordic composers who might all be considered heavyweights.

But Pekka Kuusisto, who plays a new Violin Concerto by the Icelandic composer Daníel Bjarnason with Esa-Pekka Salonen and the Philharmonia Orchestra as part of the festival and will present an exploration of the Runic singing tradition with Ilona Korhonen straight afterwards, would urge visitors to seek out the unknown.

“Maybe Anders [Hillborg] doesn’t so much need the support of an event like this – I will travel straight from London to play a piece of his at the Concertgebouw in Amsterdam. I feel NMD presents an opportunity to go find something that you didn’t know you needed.”

That could be a fanfare for two Swedish wooden horns, a yoga session to the accompaniment of Nordic music, or Tytti Arola’s work Metsä which combines performed music with the scents of a forest.

On the other hand, it might include seismic new orchestral works by Anna Thorvaldsdottir courtesy of Salonen’s Philharmonia and rigorous choral works by Pelle Gudmundsen-Holmgreen and Mette Nielsen rendered by crack vocal ensemble Exaudi. From a Finnish point of view, look out too for works by Adam Vilagi, Jarkko Hartikainen and a certain Jean Sibelius. From the latter, the Philharmonia Orchestra perform the Sixth and Seventh Symphonies alongside the new Icelandic works from Bjarnason and Thorvaldsdottir.

Back to the future

That is perhaps NMD’s most controversial bit of programming: music written a century ago by a composer whose works are in little danger of being neglected.

“Sibelius might be there to get bums on seats but there are living composers and recently dead ones whose music it would make perfect sense to perform,” says Räihälä. “On the other hand, it’s a good thing that the festival will have an orchestral concert but that probably meant the orchestra had to choose the repertoire. We can’t tell the British how to make their programmes.”

Conversely, history will repeat itself when Räihälä invites “at least one British composer” to his own NMD festival in 2018, echoing the 1980 event.

“Our theme next year is unity,” he says, “and because we are so sad in Finland and Scandinavia about the Brexit, we believe we have to build some bridges to Britain. Especially to Scotland, which in some ways has always wanted to be part of the Nordic community.”

This year’s NMD will mean that in that respect, half of Räihälä’s work is already done. 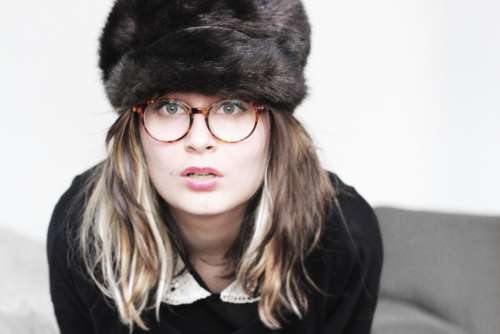 Tytti Arola on her work Metsä

"Music involves more senses than hearing, so I have been playing around with other aspects. Visuals are very widely used, but I became intrigued by the idea of combining music with smell. I explored some different methods of producing scents in a concert environment, and invented this method of putting birch or spruce in glass containers. So the scent became the starting point of the piece, from which I moved to the other elements.

The piece has been performed in Iceland and at Flow Festival in Helsinki in 2016. It’s a bizarre concept, and there has maybe been some prejudice about the idea itself even though people have generally been interested and positive. It’s always a good thing if people come across your work but that’s not what I’m aiming for. I will be interested to see how the Londoners will take to it, but ultimately I’m doing things that interest me and not thinking too much about what other people think."

Metsä will be performed on 29 September, Southbank Centre | Blue Room, by Distractfold ensemble. 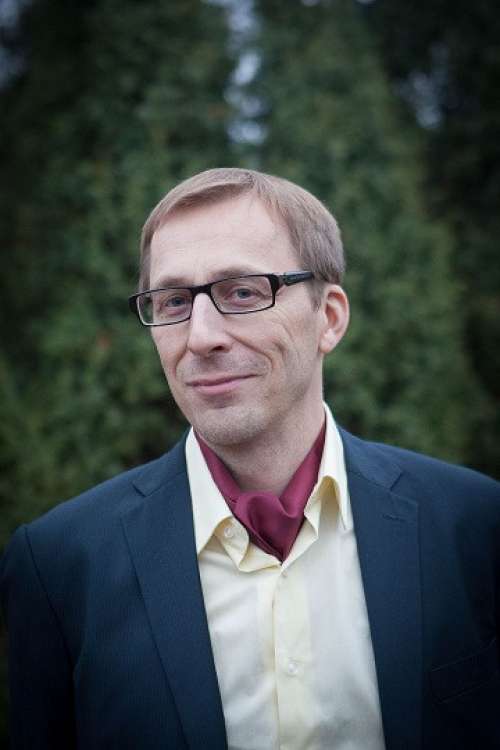 "I haven’t written a lot of electronic music but in some of my works there are electronic elements. This is a purely electronic work, which consists of six short pieces that can be played in random order. It is actually part of a larger work called Soliloque Suite in which there are six solo works of which five are instrumental and one is for a singer, a soprano.

I spotted the chance to submit the purely electronic elements of the work to the NMD, and they will be played as part of the Northern Lights Lounge together with works by seven or eight other composers. I’m not exactly sure how it will work, but the works will be playing in the background and there will be lighting effects in the room inspired by the Aurora Borealis."