Voice and space are intertwining themes in the music of composer Paola Livorsi. In her most recent work, The End of No Ending, sound moves in space, human voices resonate with Persian percussion instruments, and two singers perform the secret poetry of Afghan women and improvise on a Macedonian folk song.

Composer Paola Livorsi’s new work The End of No Ending includes a video component that depicts details of organic matter blown up to a large size. “Macro photography reveals tiny details that turn into abstract landscapes as they are slowly magnified. Then you begin to identify shapes and figures in them,” says Livorsi, describing the video created by visual artist Marek Pluciennik.

The idea of the video resonates well with Paola Livorsi’s conceptions about music. She finds inspiration in whispers, in the phonetic differences between languages, in the plurality of phonemes and other tiny, scarcely perceptible details of sound that thanks to microphones and electronics can be expanded into musical material. The details of sound build a musical landscape where even time itself transforms, opening up another dimension.

“I’m often interested in details,” Livorsi confirms. “There’s something that you don’t even notice, and you can expand it, like putting it under a microscope. This was the origin of my interest in electronics and in the nature of sound in itself.”

Written for two singers, percussion, ensemble and electronics, The End of No Ending will be premiered at Livorsi’s forthcoming doctoral recital at the Sibelius Academy of Uniarts Helsinki on 20 October 2017. The recital coincides nicely with her 50th birthday and is a sort of retrospective. The chamber music works performed at the recital have been premiered in France, Italy, Japan and so on in earlier years, and many of them will now be performed for the first time in Finland.

The theme of the concert is Voices and Spaces, which encapsulates Livorsi’s long-standing interests and the key focus points of her artistic research.

“I’ve always been interested in the human voice and its potential for expression and communication,” says Livorsi. Space became an important element when she began to study electronic music. “Sound would not exist without the space in which it resonates, and space affects the quality of sound very much indeed.”

"This music is not just for experiencing passively; it can expand the listener’s perception of sound."

The human voice has a presence in the works in the recital not only as actual singing but also as a more abstract element in instrumental works. For instance, Livorsi’s 2nd string quartet Onde (2009–2010) is underpinned by an analysis of the human voice. In The End of No Ending, the interface between voice and instruments is sought through resonance. “Sometimes the vocalists speak or sing to the percussion instruments, making them resonate,” explains Livorsi.

The movement of sound in space is also important in the new work. “The audience will perceive the music as coming not just from the stage in front of them but from all around the hall. This music is not just for experiencing passively; it can expand the listener’s perception of sound,” says Livorsi.

This is a notion with which Livorsi already experimented in Imaginary Spaces (2016) in her previous doctoral recital, an interactive concert installation where the audience could freely move around amidst the sounds. The spatial element is also apparent in the older works in the present recital, as the placement of instruments on the stage is an essential feature in them.

For this recital, Juan de Diós Magdaleno created the spatial design for the string quartet Suonno (2003–2004) and The End of No Ending. In Between (2007) prompts a more philosophical contemplation of space, as its title is derived from a concept developed by Hannah Arendt addressing the space between two parties, joining and separating them, the space of communication; this is also the space through which music is conveyed. “A space can be defined as being ‘in between’ performers and audience, so that it has a human and social aspect to it,” Livorsi points out.

Livorsi has accumulated plenty of experience in multi-discipline projects in the course of her composing career. Not that combining artforms is an end in itself for her; she simply feels that working with artists in other fields enriches her work as a composer. “I believe that classical music is part of a broader field of art. Artists may have similar goals, even if they express them with different means, materials and tools.”

Because the human voice is an important element in many of Livorsi’s works, the texts set are also important. The texts in The End of No Ending are English translations of the traditional and anonymous poetry of Afghan women, landay. This is a concise metre of 22 syllables that is employed as a means of expression by women in a culture where they are forbidden to express their feelings in public.

Livorsi discovered landay by accident but was so fascinated by it that she has used the poetry in two of her works to date. “What’s interesting about it is that it’s intimate and secret yet also expressive,” says Livorsi. “And there’s the feminine aspect, too. It’s easy to identify with. The third thing is that it’s so very concise. Even the name of the genre, landay, is interesting: in the Pashtu language, the word means a short, poisonous snake.”

“I believe that classical music is part of a broader field of art. Artists may have similar goals, even if they express them with different means, materials and tools.”

The second movement of The End of No Ending points to a very different part of the world, the Balkan region. The material for this movement is a Macedonian folk song that was important for Livorsi’s recently deceased composer colleague and friend Jovanka Trbojevic. “We were both woman composers who had migrated to Finland from southern Europe, so we had a lot in common,” Livorsi recalls.

The performers of this work at the recital include Uusinta Ensemble and Kurdish musician Ahoora Hosseini, who plays the daf and the tombak. There are two vocal soloists: Tuuli Lindeberg, who has performed several of Livorsi’s earlier works, and Anni Elif Egecioglu, better known as a jazz singer and experimental musician, who improvises on the basis of the aforementioned Macedonian folk song. “In this work, Tuuli and Anni represent two sides of the same personality. Tuuli has a clear, pure voice, while Anni can use her voice in very interesting ways,” says Livorsi. 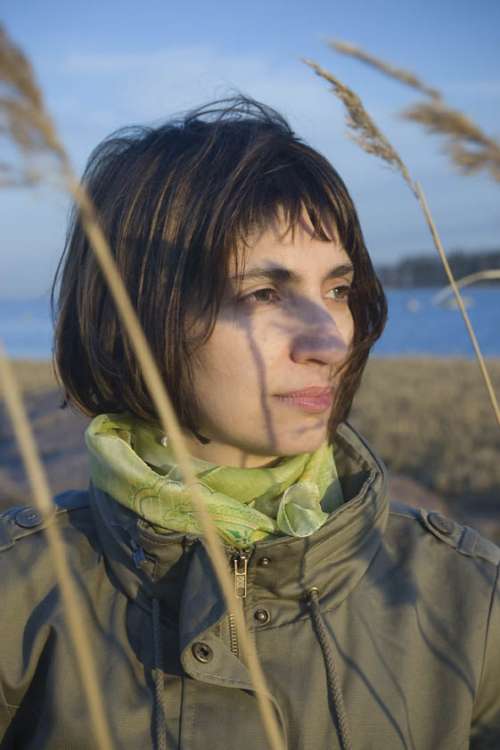 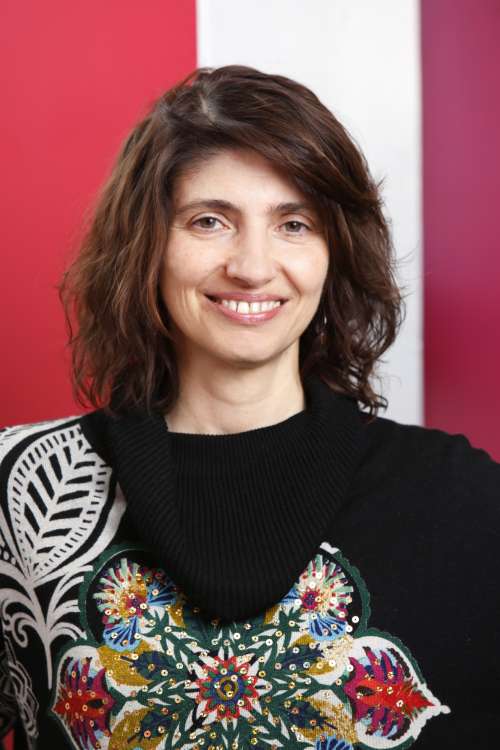