PREVIOUS ARTICLES FOLLOWING ARTICLES
"As the climate crisis accelerates and other societal threats emerge, musicologists can, whatever their speciality, join in demonstrating that the close co-existence of humans with each other and with non-human creatures and things is a feature not only of non-Western worldviews and musical cultures as explored and shown by ethnomusicologists but of Western cultures too," writes Milla Tiainen, PhD and current Chair of the Finnish Musicological Society.

In spring 2022, the opera All the Truths We Cannot See: A Chernobyl Story, composed by Uljas Pulkkis to a libretto by musicologist Glenda Dawn Goss, was premiered at the Music Centre in Helsinki. The opera is based on the accident at the Chernobyl nuclear power plant in April 1986 but also takes a more general look at the relationships between humans, technology and nature. It refers to the serious threats to life on Earth resulting from humans – with their aspirations, ideologies and technological devices – imagining themselves superior to the natural environment on which their very existence depends, and entitled to the limitless plunder of natural resources.

Having read about this opera, I found myself looking at the recent projects of composer, sound artist and scholar Otso Lähdeoja. In one of them, 4-Hands Electroacoustic DJ’s (2020), he and Alejandro Montes de Oca experimented with four-handed DJing in a live remixing of musical materials prepared by themselves. There is a clear link here to Lähdeoja’s ongoing research project titled Intersubjectivity in Music: the Perspective of Technological Mediation. This is about examining ways in which digital technologies not only shape music as a sonic event but also enrich the interaction of music-making humans.

After this technology-facilitated ensemble, I came across the role of music in a very different study. On 15 February 2022, the Turun Sanomat newspaper wrote that scientists at the Functional Foods Forum at the University of Turku are exploring how playing pieces of music with various frequencies and tempos affects the maturation process of cheeses, as measured by microbial changes and simply their flavour. This pilot study was inspired by winemaking: around the world, vintners play Gregorian chant and other such things around the maturing wines, as Haley Ray reported on the National Geographic Society website in August 2018.

The above three examples illustrate the myriad ways in which humans, technology and the wider physical world interact in musical practices. For example, the opera All the Truths We Cannot See is linked to a more general ecocritical philosophy that is gaining ground in music as in other branches of the arts. The mainstreaming of ecocritical perspectives has been explored in recent years in such musicological works as Current Directions in Ecomusicology (2016) edited by Aaron S. Allen and Kevin Dawe or, to take a Finnish example, Musiikki ja luonto [Music and nature] (2019) edited by Juha Torvinen and Susanna Välimäki.

My feeling is that musicology in general needs more of the above post-humanist approach in order to strengthen its scientific and societal relevance. For some readers, the term ‘post-humanism’ may recall the excitement about cyborgs and virtual reality in the 1980s and 1990s, or it may be associated more broadly with the aspirations in science fiction and technological development of augmenting human performance with machines and with genetic manipulation. If understood in this way, post-humanism is a bad fit with the statements in which Finnish musicologists have defended the relevance of arts research and of the humanities in general, i.e. the contemplation of human cultures.

In the present article, however, I use post-humanism in a very different meaning, as wonderfully summarised by philosopher Muriel Combes in her study Gilbert Simondon and the Philosophy of the Transindividual (2012): “What can a human do insofar as she is not alone?” The critical post-humanism encapsulated in this question posed by Combes does not envision superhumans, nor the demise of the human species. As Bruno Latour and Rosi Braidotti among others have proposed, critical post-humanism emphasises the fundamental evolution of human behaviour in interaction with various non-human beings and processes. Technologies designed by humans have an impact on how humans behave by both facilitating and limiting how we sense things, how we think, how we communicate, how we consume and how we make war or peace – and, of course, how we make and experience music. Human life is part of a broader ecological context where numerous other species, material parameters and circumstances affect our survival and our actions just as human acts and attitudes affect these that co-exist with us. 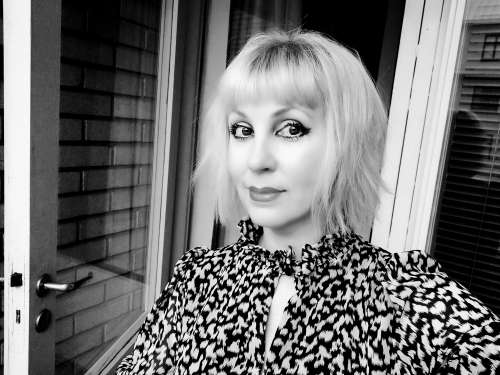 The need to develop critical post-humanism in musicology has to do with the notions of the cumulative and self-correcting nature of human knowledge, which are a motivating factor for scientific research. The way in which we make and use music and address our surrounding reality with music, in local and global networks, cannot be sufficiently comprehended with traditional concepts in human sciences where agency is only assigned to humans and not to nature or technology.

Developing a post-humanist approach also has to do with the sort of worldview and ethical values the research is supposed to espouse. For decades, humanist research has questioned the original European humanist ideal of the human being as a self-contained individual, because this image of humans does not help us understand why human culture always evolves in interaction. Post-humanism expands on the self-criticism of humanism on the basis of the insight that our largely European conceptions of the individual and of humanity are a key component not only in the oppression of non-European and non-white other humans but also in the exploitation of the non-human natural environment.

As the climate crisis accelerates and other societal threats emerge, musicologists can, whatever their speciality, join in demonstrating that the close co-existence of humans with each other and with non-human creatures and things is a feature not only of non-Western worldviews and musical cultures as explored and shown by ethnomusicologists but of Western cultures too. The fact that all human activity depends on relationships with other creatures and other processes is a richness and also an ethical guideline that provides scope for our research and our aspirations for decades to come.

Who’s afraid of the musicologist? – An overview of a discipline