Orchestras have developed an interest in adopting a more prominent role in society at large. It is time to engage in a debate about why orchestras exist. Classical concerts are not going anywhere, nor is there any question of compromising on artistic quality, but the role of orchestras in society is coming to be understood far more broadly than before.

The autumn season of Finnish orchestras in 2019 was launched with a lively debate on gender distribution among the composers programmed. The Hufvudstadsbladet newspaper compiled statistics that showed that women accounted for only a tiny percentage of the music performed by orchestras in the course of the autumn, and this led to a barrage of articles and comments addressing the notion of gender equality in programming policy more fiercely than ever.

In one camp were those who wished to consider music qua music and allow changes to happen at their own pace, while the other camp campaigned for action to change the status quo. The latter people also pointed out that the canon of classical music is not set in stone but can and must embrace new voices. Then again, it was noted that no composer wants to be performed just because of her (or his) gender. There are no easy solutions, but obviously any changes will have to start at the grass-roots level.

Helena Värri, executive director of the Association of Finnish Symphony Orchestras (Suosio), stated in an article in the Helsingin Sanomat newspaper that the Association is now starting to keep statistics on gender distribution in concerts given by Finnish orchestras. “The gender equality issue has been on the agenda of Suosio for quite some time,” she affirmed to FMQ. The Association has been compiling statistics of all kinds for a long time, and this season they will be adding gender distribution among composers, conductors and soloists to the list.

“People in orchestras feel that it is high time to look at things from this perspective as well. Unambiguous figures are good tools for drawing attention to the matter,” says Värri.

Changing repertoire policy is no simple matter, and the issue of equality has other dimensions besides gender. Generally, there is the question of whether the percentage of contemporary music in orchestra programming should be increased, to curb the hegemony of dead German men. There is, by and large, a consensus in the orchestra field that orchestras cannot afford to remain stuck in the past. And indeed, young conductors such as Eero Lehtimäki, Klaus Mäkelä, Taavi Oramo and Dalia Stasevska have been shaking things up recently. 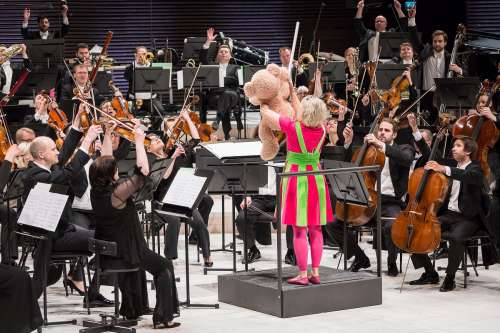 To whom does classical music belong?

A new generation is also taking over as orchestra managers. One of the younger guard in this profession is Aleksi Malmberg, manager of the Helsinki Philharmonic Orchestra. In conversation, he quickly brings up this autumn’s equality debate.

“It’s an important debate, and underlying it I see the issue of to whom classical music actually belongs,” says Malmberg. “I would like to think that instead of taking a defensive position we could begin to look at what we in orchestras are doing from a variety of perspectives.”

Malmberg notes that operators in classical music may have been able to hide behind the absolute, abstract nature of music; yet the ideology that music would only be an enclosed, self-referential art object is simplistic and old-fashioned. Orchestras today are active players in society at large.

Audience outreach activities are becoming increasingly common, and new event concepts are being introduced in order to communicate more intensely with the world outside. This does not mean removing the focus from music and artistic integrity, according to Malmberg, who points to the programming of Susanna Mälkki and the Visual Overtures of the Helsinki Philharmonic Orchestra, which are video artworks jointly curated with the Museum of Modern Art Kiasma and AV-Arkki, played on the outdoor media screen at the Music Centre in Helsinki.

Malmberg has a broad view of the culture scene in Finland, as he has previous experience with music festivals and publishing, and he is currently chairman of the Helsinki Vision for Arts and Culture 2030 working group. He took up the post of manager of the Helsinki Philharmonic 18 months ago.

“Because we are the Helsinki Philharmonic, we need to be an orchestra that the people of Helsinki can feel is their own,” he says emphatically. His vision is for the Helsinki Philharmonic to be the world’s most accessible orchestra, among its other roles. He also notes that accessibility must be an active pursuit, including things such as inviting special groups to the orchestra’s final rehearsals, broadcasting HKO Screen performances at the new Central Library Oodi and at Malmitalo, and taking the orchestra to perform at various venues around Helsinki. Next year, the orchestra will be reintroducing its “godchild” project, where all babies born in Helsinki that year and their parents are invited to join the orchestra on a seven-year journey.

“The polarisation of society is apparent for instance in sports and arts – the total volume in both of these seems to be increasing, but the gap between those actively involved in them and those not involved at all is widening. Combating this polarisation is also our duty,” says Malmberg. 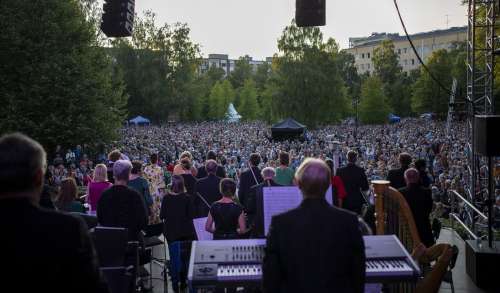 Audience outreach activities have already come to be regarded as an integral part of the activities of orchestras, and Suosio is doing its bit: the Accessible Orchestras project to be launched this year is for sharing best practices for reaching elderly people with orchestras in the UK. This autumn, Suosio also launched what is to become an annual series of public meetings for informing the general public about what is going on in the world of music.

The most acute and troublesome problem facing orchestras at the moment is the reform of the system of state aid for culture. This is a framework of grants given by the Ministry of Education and Culture to museums, theatres and orchestras, a reform of which was launched in 2016 to make the system better match the changing needs of the culture sector.

The first phase of the reform ground to a halt for a number of reasons, including the criteria for quality assessment to be set for artistic institutions as a basis for being granted aid. A new proposal is scheduled to be completed in February 2020. According to Helena Värri, regional orchestras are concerned about the suggestion of converting aid into fixed-term grants, because many local authorities are facing severe pressures to cut costs.

“On the other hand, there is a strong demand for the reform, because orchestras want things to move forward. The state aid system to date has been a tightly closed system, not taking into account the idea of continuous development or the arrival of new players in the field,” says Värri.

Although the state aid reform is being much talked about, Aleksi Malmberg notes that Finnish orchestras are privileged, both in the context of the Finnish arts and by international comparison. “The basic structures are sound, and there is a huge potential audience out there, at least in the Helsinki metropolitan area. With great fortune comes great responsibility,” he says.

Featured photo by Maarit Kytöharju: The HPO Encounters Club – free and open to all – meets in the main foyer of the Helsinki Music Centre.