Folk music and video game music are poles apart – or are they? Composer and sound designer Anni Tolvanen and Jimmy Träskelin, creator of the Pelimanni 8bit game, talk about the encounters between pelimanni players and the world of pixels.

In old Finnish, the word ”peli” [game] also referred to an instrument, whereas “leikari” [musician] comes from the Swedish word “leka”, which means to play. Anni Tolvanen discovered this connection in 2014, when folk music students from Scandinavia and the Baltic came together in Rauland, Norway, for the annual Nordtrad conference.

”During a jam session the penny suddenly dropped when I felt a strange familiarity with the general vibe. For years, I had been going to similar international gatherings through my gaming interest. These two communities are very alike: a group of people who meet in order to build a large, creative work together. There are many similar skills that are required in both disciplines”, Anni Tolvanen says. “Through my past experiences, I now have a good understanding of an artistic endeavour as a bigger picture. In my gaming projects, I can use my music expertise to determine what kind of soundscape would best suit the project and create the kind of interaction that is needed.”

In addition to playing the piano and singing in a choir, Tolvanen grew up as a computer nerd, gamer and board game enthusiast. Through role play and LARP (live action role-playing), Tolvanen also discovered the world of folk music. As she continued her studies at the Centria University of Applied Sciences and the Sibelius Academy Folk Music Department, singing gave way to her new passion, the nyckelharpa. Tolvanen now works as a composer and sound designer for video games and role playing games, as well as leading the GameDev Lab, in the City of Helsinki’s communal Digitalents scheme, which enables young gaming professionals to learn their trade through working on their own projects.

Video game sounds have taken a quantum leap from the tinny MIDI beeping of the Nintendo GameBoy of Tolvanen’s childhood.

”The whole game had to be compressed into a space which would not even be big enough for one mp3 file. Today’s computer games include massive sound works where a whole symphony orchestra fires away, just like in a film score. Different gaming genres have different aesthetic requirements.  An indie game dealing with depression, for example, needs a completely different sound design than an action-packed score written for the ninja samurai.”

”Different sound effects are also important. Sometimes it’s difficult to distinguish effects from music, especially when contemporary gaming music keeps regenerating itself: the soundscapes change to reflect the gamer’s actions, with the computer ”improvising” through various themes inputted by the composer. Here’s another similarity to folk music: in folk music jams, pieces keep evolving as the playing goes on, and a part of the Finnish folk music culture is based on the idea of “long-term aesthetics” where a short kantele melody, for example, can be played for hours through new and interesting variations. This fits today’s gaming world where dialogue is often layered over music. This means that music cannot steal too much attention but at the same time it needs to be functional. So in a way, folk music has been preparing me for the world of video game composing.” 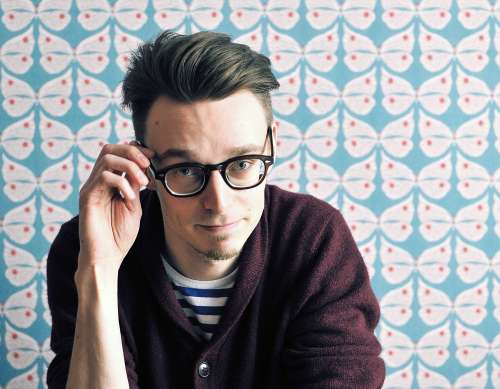 The function of game music is to complement the different worlds created for the game.

”Folk and world music represent a veritable treasure trove for finding different sounds that can guide the player’s imagination in a desired direction. This has already been explored to a large extent. Although I think it’s natural for a living culture to keep evolving, I like to be careful not to be guilty of cultural appropriation. I stick with those musical arenas which I have a deep knowledge of, and a personal cultural connection with.”

A game which draws inspiration from our own tradition is the mobile game titled Pelimanni 8bit, created by the folk music polymath, multi-instrumentalist and graphic designer Jimmy Träskelin. This Mario Bros inspired platform game is competing for the Phenomenon of the Year award in Finland’s inaugural Ethnogala in November 2017.

”I was wondering how it would sound like to play pelimanni music with 8-bit sounds and I presented that idea to my band mate Antti Janka-Murros, a die-hard Nintendo enthusiast. We soon realised that it would be even more fun to have the music playing in a video game. I began to find out whether I could create such a game and now, a few months later, this game is available to download for free in App Store and Google Play. “

Janka-Murros’s handiwork is heard in the Nintendo-influenced arrangements of traditional tunes, which are sure to stick with you after playing the game for a while. This is one of the ideas behind the game:

”This project combined my work at the Folk Music Institute, which published the game, as well as my own passion to create entertaining folk music arrangements that are approachable but also serve and represent the folk music genre,” Träskelin says.

Jimmy Träskelin’s expertise in roots music, deep knowledge of tradition and his long-time video gaming involvement, which began with a Commodore 64 computer, is all reflected in the aesthetic world of Pelimanni 8bit.

The game begins in an imaginary historical setting where the little pelimanni boy Friiti has already learnt all the tunes his father knows. The father encourages Friiti to go on a journey in order to learn from other players as well, so that the boy could eventually compete for the title of Master Pelimanni. Friiti advances from one level to another, encountering a new pelimanni player and a new tune on each level. He acquires each new tune as part of his repertoire when he manages to outplay each pelimanni. Friiti advances towards a folk music festival where he meets a character bearing a resemblance to the late Emeritus Professor Erkki Ala-Könni, who will ultimately bestow on Friiti the title of Master Pelimanni.

“Each level is based on a traditional tune: in Pirunpolska [Devil’s polska], Friiti’s enemy is the devil himself. And because platform games must include an underwater level, I borrowed a character from ancient Central Finnish mythology: Räpylä-Niiranen, who is capable of moving both on land and underwater. Violin is the most common instrument in the game, played by Friiti as well as most of his enemies, but Räpylä-Niiranen plays a kantele built out of pike bone, whereas the water spirit, Näkki, plays a comb, which refers to the Finnish mythology where the water spirit is often presented as a woman combing her long hair”, Träskelin explains.

“Mixing mythological elements with the more modern fiddling traditions felt tantalising and appropriate, as all gaming clichés are also present in the mythology. Everything can be found there, in the folk tradition.”