The Sámi people, whose home region, Sápmi, stretches over the northern parts of Finland, Sweden, Norway and Russia, are the only indigenous people within the European Union area. Music education in the Sápmi region has come forward in leaps and bounds over the past 15 years.

This year, due to hard work within the Utsjoki-based Sámi musihkkaakademiija (Sámi Music Academy) project, four students have graduated with an upper secondary degree in music, majoring in Sámi music. This is the first time for such an occasion in the Sámi music scene, both in Finland and elsewhere in Sápmi.

People in the Sápmi area have not always had regular music education opportunities, let alone access to training with a unique focus on Sámi music. The target group is small and so are the student numbers. Within this minority, however, even a small cluster of trained and enthusiastic professionals can achieve hugely impressive results.

The Sámi Music Academy was launched in 2015 with support from a two-year project grant from the European Union. It offered a one-year music training program which focused on basic music skills such as music theory and band instruments, as well as Sámi traditions and research. In 2018-20, the project was funded by Interreg Nord Sápmi, the Regional Council of Lapland, the North Calotte Council, the Sámi University of Applied Sciences in Kautokeino, and the Municipality of Utsjoki. (See also FMQ's article from 2017.)

In addition to the existing one-year training program, this second EU project offered a second year of training leading to an upper secondary qualification as a musician. The degree programs included a skills test, organised in collaboration with the Central Ostrobothnia Conservatory which has a folk music training stream.

”It feels absolutely unbelievable that we now have conservatory graduates in Sámi music! The Finnish music education system has previously felt so inflexible. The recent reforms in upper secondary education have created a range of new opportunities for our professional students”, exclaims the Academy’s lead teacher Anna Näkkäläjärvi-Länsman, who has been involved with the project from the start.

According to her, efforts to advance Sámi music began in earnest in 2004 when the Sámi Cultural Centre Sajos was opened in the municipality of Inari.

”Back then, we tried to kickstart Sámi music education based on the existing Finnish model of basic education in the arts, but our small student numbers simply failed to make the project financially viable, and the local municipalities could not afford it, either. We will never be able to reach large amounts of people – for us, having four graduates is huge.”

Näkkäläjärvi-Länsman hopes that the graduates will share their focus between artistic work and teaching. Like most other musicians, Sámi musicians will have to be active in creating work opportunities for themselves, but an enthusiastic individual can inspire others – when an activity is available, people will seek it out. Tourism is another industry that employs Sámi musicians.

”Our students have had frequent performance opportunities through the travel and conference industries. Due to the Coronavirus pandemic, such activities are currently in limbo, but we can hope that the situation will eventually normalise.” 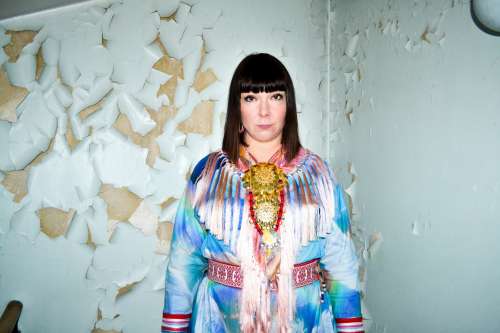 Own family’s yoiks are treasured

A common thread in the students’ stories is finding their roots through their studies. Music traditions have been partially broken, and it has been a powerful experience for many to discover their own relatives’ yoiks in the archives and make a tangible connection to their own family history.

One of this year’s graduates is Utsjoki-based Laura Tapiola, who built her graduation recital around her own family’s yoiks which are part of the North Sámi luohti tradition. A yoik which is tied to a particular person reflects that person’s character, and thus offers a way of getting a feel for someone who one has not known in person.

”I was almost surprised to discover how strongly I started to feel about the Sámi tradition during my time at the Academy. I had not known that my family had all these yoiks, and I was left with a deep thirst to learn more. Through a yoik, one can put oneself in another person’s shoes, get a sense of how they have been perceived or seen in their community. It awakens a lot of feelings”, Laura Tapiola says.

The world keeps changing, and so does the yoik tradition. Tapiola works in a day care centre and has incorporated yoiks into the children’s music sessions. She has also composed new yoiks, for example for her own son.

”When this kind of training opportunity presented itself, it would have felt a bit silly not to take it. I was also curious to discover what it is like to study music, as we have not always had qualified music teachers available locally, let alone opportunities for extracurricular music activities.”

In addition to yoiks, Laura Tapiola became enthused about studying music generally. She is now continuing her studies at the Centria University of Applied Sciences, working towards a degree in music pedagogy. 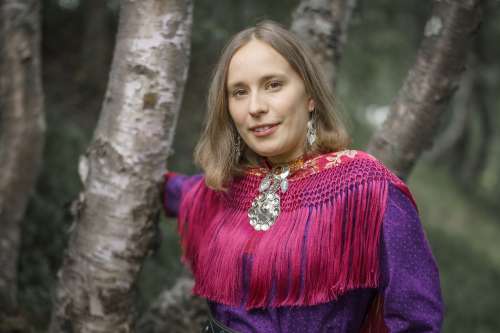 Reviving traditional Sámi music is a matter of heart for Anna Näkkäläjärvi-Länsman.

”This is not just music; this is also part of a broader cultural phenomenon. Past generations, for example, are very important to Sámi people. Discovering your own family’s yoiks helps to understand the whole Sámi worldview.”

The modern society is naturally very different from a traditional Sámi community a century ago, and thus the role of music also keeps changing.

”We will, of course, keep researching old sources, but it is equally important that our tradition fits into our modern times, otherwise it is not a living tradition. The old times will not return. Today, someone may listen to yoiks without necessarily using them to communicate. In any case, tradition is extremely important, and its value is not diminished by the new forms it might take.”

There are three Sámi languages spoken in the Finnish part of Sápmi. North Sámi is the largest group of the three, and its luohti yoik tradition is thus far the best known by the wider public. But the two smaller language groups have also featured at the Academy, and their respective musical traditions – the Skolt Sámi leu’dd and the Inari Sámi livde – are heard increasingly frequently on the scene.

As an ethnic minority, the Sámi people have experienced many difficult events. Now, their language and culture are proudly displayed and actively carried forward to new generations.

”Identity building is an essential part of our training programs as well. Colonisation continues to affect us, both through historical events and through modern forms of colonisation”, Anna Näkkäläjärvi-Länsman states.

The future is open

The latest EU project has recently concluded, and the future of the training program is still open.

”Now we will have to see what to do next. In any case, we should not get too comfortable and assume that we will be able to operate like a traditional music institute or conservatory. We have to keep identifying what the region needs, who our potential students are, and plan our programs accordingly”, says Anna Näkkäläjärvi-Länsman.

In her dream scenario, Sápmi villages would be able to offer continuing Sámi language music tuition in order to attract an increasing number of children and young people.

”A workshop once a year cannot replace the opportunity to learn each week. Music requires work and commitment.”