In Finland, doctoral studies in music are available at university musicology departments and at the Uniarts Helsinki’s Sibelius Academy which has two doctoral programs with a range of artistic and academic approaches. Both doctoral schools, DocMus for classical music and MuTri for music education, jazz and folk music, offer three streams: artistic study, research study culminating in a traditional dissertation, and applied study with either an artistic or academic focus. 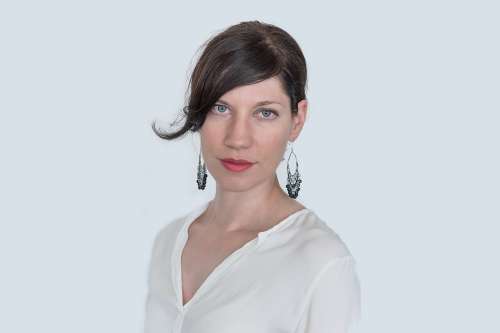 On the path to an international research career

Cecilia Oinas, who graduated in November 2017 from the DocMus Doctoral School research program, saw the Sibelius Academy as the natural choice for her academic doctoral studies. Oinas was in the final stages of studying music theory as her main subject and piano as a secondary subject, when she started to get interested in research. Her final doctoral research subject ended up including more artistic content than she initially planned, due to the discovery of analysis and performance studies, a significant branch of the music theory discipline since the 1990s. In her dissertation, she examined the interaction between analysis and performance in the piano trios of Felix Mendelssohn and Robert Schumann.

Some of the participants in the Sibelius Academy’s academic doctoral program have a degree in music performance, which offers very little guidance for developing research skills. Oinas had a stronger starting point due to her previous studies in music theory, and she felt that by the time she was working on her master’s degree, she already had a decent grasp on what research was about. The process, however, required continuous learning.

”Hardly anyone knows what to expect in the beginning of their process. I did feel that I had adequate proficiency for research but my process certainly included many different stages, some of them challenging.”

During her doctoral studies, Oinas was an active participant in international conferences and research exchange programs, as well as writing articles for peer-reviewed publications. She considers these activities to be an important part of research study. Her active approach has continued to play a role in her postdoctoral working life, leading into a fine career as a young scholar. Shortly after her graduation, Oinas was appointed as a lecturer in music theory and analysis at the Sibelius Academy. She is now on a year’s leave of absence, working as a post doc scholar at the University of Music and Performing Arts Graz. Her artistic side is nurtured through her postdoc research topic of piano music for four hands, as well as performing in chamber music concerts.

”Right now, I couldn’t have it any better. I am aware, however, that in Finland my career options will be pretty much limited to the Sibelius Academy. With a degree this specific, I probably won’t be able to get a foothold in any of the other universities in Finland.” From a global point of view, Oinas will not be short of work opportunities in the future, with performance research gaining growing interest in particular in Europe. Raising a family brings its own challenges into the mix, but Oinas is open to new opportunities and has had her sights set on an international career ever since the early stages of her degree. 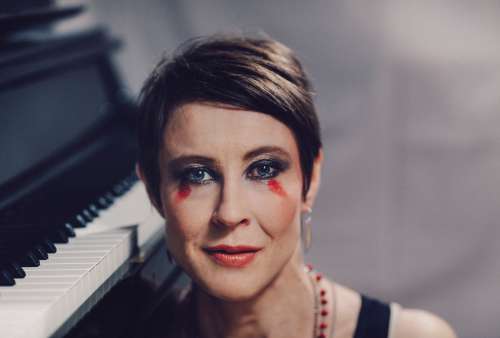 Singer-songwriter Laura Sippola enrolled in the Sibelius Academy’s artistic doctoral program inspired by Professor Heikki Laitinen, who encouraged Sippola to delve into songwriter music, a style that had no existing research history at the Sibelius Academy. Songwriter music is considered an independent genre, characterised by lyrics that reflect the writer’s personal life, observations of the surrounding world or their commentary on life. It is essential that the songs are performed by the person who wrote them. Sippola had completed her master’s degree at the Department of Music Education and she continued her studies first at the Department of Folk Music and eventually at the MuTri doctoral program. In the autumn of 2017, Sippola became Finland’s first singer-songwriter doctor, with a degree consisting of five artistic sections and a written component. For a singer-songwriter who had already released six albums, a purely academic approach did not feel like a viable option.

”It was clear to me that my doctoral studies should form an integral part of my artistic work instead of representing a separate path in my music career.”

Participating in an artistic degree gave Sippola an opportunity to both focus on herself as a songwriter as well as to produce broader descriptions of the characteristics of songwriter music and the historical background of the style. The artistic sections of the degree consisted of concerts and recordings which were linked together. It took time for Sippola to come up with the main thread for the written component, which examined the artistic image of singer-songwriters.

”I vividly remember my first months in my Helsinki Music Centre study space, staring at my computer screen and just trying to write something without a clear idea what was expected of me. My tutor was encouraging but I think that it became easier for him as well to give feedback on my work once I had a bit more text written down.”

Becoming a doctor was a significant milestone for the artist. It also provided expert credibility when dealing with media.

Sippola feels that becoming a doctor is also a certain kind of pedagogical event: one has had to learn to speak about one’s topic in a comprehensible and logical manner. On the other hand, the knowledge gained has brought a new perspective on art.

”The actual moment of becoming a doctor proved to be a surprisingly strong culmination point. I remember realising during my thesis defence presentation how much I actually knew about my subject, both in knowledge and through my experiences. When I now examine the songs I have written, my artistic research has brought along a deeper perspective and pushed me to analyse my own work in much more detail.”

At the moment, Sippola is busy playing gigs, writing songs and teaching songwriting. Her one-year artistic grant has enabled her to clear some space in her calendar. “As an artist I know that nothing new will be born without that empty space. Leisurely days are vital for creativity.” 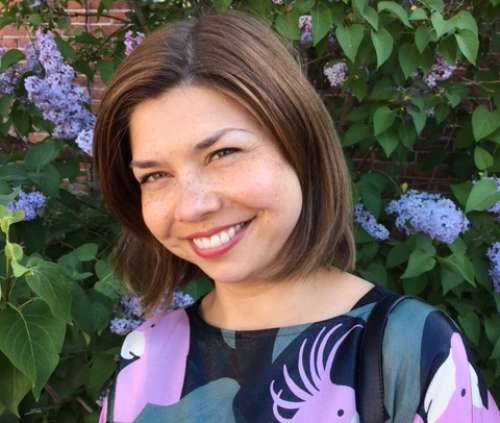 Applied study, the third stream of the Sibelius Academy’s doctoral program, focuses on developing new methods and teaching materials. It was exactly because of this practical approach that violinist Pauliina Valtasaari ended up choosing this option for her doctoral research journey.

Valtasaari worked as a violinist in the Finnish Radio Symphony Orchestra from 2002 to 2016 and even during that active time as a musician, she kept coming up with ideas for a potential future study subject. Five years ago, fate stepped in when the violinist developed a work-related stress injury which would not heal, despite rehabilitation. Now Valtasaari is preparing a doctoral degree through the DocMus program, focusing on developing new methods for musicians’ mental training and professional guidance. Although this year is her first in the actual doctoral research program, she spent the previous year engaged in preliminary research for the study. It is a common policy at the Sibelius Academy to admit future doctoral students as a supernumerary student for a year, during which a research plan is prepared.

“This extra year equipped me well for research, given that I was about to launch into an academic applied doctoral degree while coming from a purely artistic degree background. During the year, for instance, I got a detailed introduction to different research methods.”

In her research, Valtasaari is going to interview orchestral musicians, analyse the interviews utilising relevant research literature, and based on her analysis, start developing professional guidance programs for orchestras. In addition to her preparatory year at the Sibelius Academy, Valtasaari has completed studies in social psychology and psychology, as well as a degree in cognitive short-term therapy, and she is about to begin a two-year professional guidance counsellor course. ”This would not be possible with a violinist’s performance degree. I have had to acquire a lot of academic and practical tools to complement my previous training. My own artistic background is strongly included, too. I know what the practical, everyday work involves and have a certain insider knowledge on the mentality of a musician.”

The Sibelius Academy is a part of Uniarts Helsinki, which offers research into the arts, artistic and pedagogical research and creative developmental work in the fields of visual arts, music, theatre, dance and other types of performing arts. Uniarts Helsinki has a strong commitment to research, particularly across its three key disciplines: music history, artistic research and art education. The Sibelius Academy has two separate doctoral schools.

Translation: Hanna-Mari Latham
Featured photo: From the doctoral promotion in 2012 at the Sibelius Academy of the University of the Arts, Helsinki.