PREVIOUS ARTICLES FOLLOWING ARTICLES
The Sámi artists are raising a storm in their local communities. Even though they are not often heard in the mainstream music scene, their importance for the local community is as strong as ever. Generations of Sámi people have had to figure out how to find themselves, how to have that balance between the two cultures – and music is such a helpful tool in this.

If you go to any Sámi party, the music in the background is exactly what you would expect at any gathering. You will hear the latest viral songs, old bangers and pop songs that are heard at pretty much any party around the world. But then there are the others – songs that nearly every Sámi person knows, but are virtually unknown to anyone outside the community.

The young Sámi people have grown up with their Sámi superstars - everyone knows Ailu Valle, Amoc, Sofia Jannok or Jon Henrik Fjällgren. New stars are constantly coming up, the Sámi Music Academy and Sámi Grand Prix are creating and promoting new artists each year. Most people outside the Sámi homelands, and those unfamiliar with the community, are not aware of the wonderful arts and music scene of Sápmi. Sámi artists are often welcome as guests at art festivals or cultural happenings around the world, but you will not see them at more mainstream festival stages together with mainstream artists. And that is okay – while it would be amazing to see Sámi superstars on the same lineup as mainstream artists, these artists are often from the community, to the community. The Sámi musical landscape is not about breaking into the mainstream and making money – it is often about building community, revitalizing and maintaining culture and language, as well as helping Sámi people have a stronger sense of pride in their identity.

"Music can be the starting point of building identity, it is communication and it preserves the philosophy of Sámi life, it is a crucial part when considering what it is to be a Sámi person," says Anna Näkkäläjärvi-Länsman, a Northern Sámi musician whose long career has spanned from orchestras to research. Näkkäläjärvi-Länsman is most well known for her yoiking – yoik is a traditional Northern Sámi vocal music style. Näkkäläjärvi-Länsman has released two albums with her band Ánnámáret Ensemble, and her latest record is an ethereal, dream-like album Nieguid duovdagat – Dreamscapes which came out in 2021 under the name Ánnámáret. She is a talented artist with skills in multiple fields – she has studied clarinet in Sibelius Academy and has worked as a clarinetist. She is currently doing her doctoral studies in Sibelius Academy, studying preserving and teaching yoik. 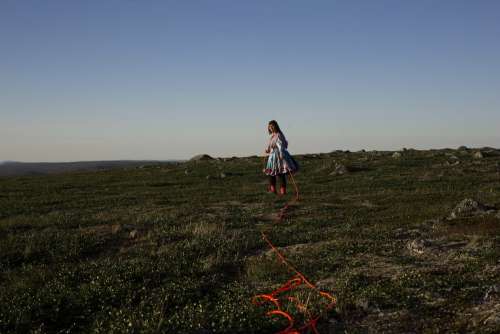 "Nowadays Sámi pop music is significant, it builds a sense of community and it defines identity," Näkkäläjärvi-Länsman says. Young Sámi people around the world and around the Sámi homelands can find more interest towards their culture through music, which is one of the most consumed forms of art in Sámi culture. Seeing and hearing their culture through music can be a way of relieving ethno-stress and can be used to regain control over your own identity. Finding the right balance between traditional and modern cultures, or the Finnish and Sámi cultures, can stretch the cultural boundaries and bring a burst of energy into the young Sámi culture. But the artist is often balancing between two cultures; the minority culture versus majority culture, old and new, traditional and modern. They will try to appeal both to Sámi audiences, and to those outside the community.

Näkkäläjärvi-Länsman quotes Northern Sámi historian and academic Veli-Pekka Lehtola, who has explain the duality in Sámi arts: different things speak to Sámi audiences than to people outside the Sámi community.

"For example, if an artist has used traditional or archival yoik, that can be a yoik of an ancestor or a specific place... a Sámi person can have a personal connection to the person or place," Näkkäläjärvi-Länsman says. There are aspects of Sámi culture that are unknown to the majority population, as well as Sámi people who are unfamiliar with certain aspects of culture, which can prevent deeper understanding of the art.

"In the Sámi view of the world, ancestors are still a reality in our time, and we are responsible for our actions to them, there can be a spiritual and philosophical connection to a song," Näkkäläjärvi-Länsman says.

"But a person who does not know the yoik or the person or history can listen to the song as just a song, listen to the arrangements of the instruments and listen to the melody of the yoik or how the yoiker is interprets the yoik," she continues. There are multiple ways to consume any art, and music is no exception.

The history of Sámi music is long and complicated. For centuries, yoiking was banned in the Sámi homelands by the Lutheran church and priests. And for an obvious reason – researcher and journalist Jorma Lehtola says in his book, Laulujen Lappi, that the priests noticed quickly that yoiking was a cornerstone of Sámi identity that helped build the sense of community. In much the same way, Sámi music, including yoik, is being used as a cornerstone of building and preserving that sense of community now. It is important to note that this article contains interviews of Northern Sámi musicians only. Inari Sámi and Skolt Sámi cultures have similarities with the Northern Sámi, but they also have their own musical cultures and history, and deserve a whole article on their own.

It is easy to see how closely Sámi music is connected to identity. For many Inari Sámi youths, for example, Mikkâl Morottaja’s (stage name Amoc) rapping in Inari Sámi changed the way many young ones viewed their culture. Now, the music and our culture no longer felt archaic or even boring. Now it felt new and exciting, bringing with itself a sense of pride that was necessarily not there before. I can only imagine the feeling would have been the same of the youths of the 60s and the 70s, when Nils-Aslak Valkeapää started to accompany his yoik with pop music and western instruments.

Like Anna Näkkäläjärvi-Länsman, Ingá Máret Gaup Juuso is also more familiar with traditional yoik – but she does it with her own twist. In 2022 Gaup Juuso won the song contest category of Sámi Grand Prix in Kautokeino, Norway – the song contest could be described as the Sámi Eurovision. While Gaup Juuso has grown up around traditional yoik, she is now best known for her winning song Dovdameahttumii and her work with her band Tundra Elektro, which represents a more modern type of Sámi music. 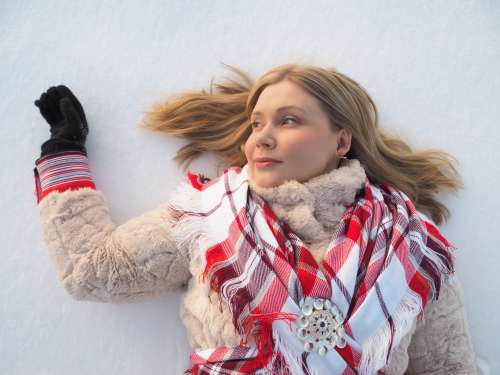 "It [the winning song] has been well liked outside the Sámi community. I feel that yoik is growing in popularity in Europe," Gaup Juuso states. Her winning song is featured in one of Norway’s biggest radio playlists, and her art is welcomed by the Norwegian art scene. She finds it strange that Sámi artists are not welcomed in the Finnish mainstream in the same way.

"Maybe the Finnish ears are not so used to listening to yoik," she wonders. Gaup Juuso finds that Sámi artists are often excotisised in Finland, and political and cultural questions undermine the art itself. "If I wear my Sámi dress I easily become an object and it does not always feel good," she says.

But of course, within the Sámi community, there are no such issues. Gaup Juuso underlines the importance of yoiking and Sámi music to the Sámi - music can be a way of bringing more confidence and pride to the young minds. Not to forget the Sámi people living outside the Sámi homelands, who do not have the same access to culture as those living closer to the land. For them, hearing Sámi music and finding Sámi arts can be a key feature in finding that connection with the culture that otherwise could be lost.

"If you think of Sámi parties, you can guarantee that when there is yoik the party is blowing up," the veteran yoiker says. In her 35 years, Gaup Juuso has already had a long career in Sámi music, and has seen the development that Sámi music has gone through. "Even back in the day, yoiking has been done together, it is building a sense of community," she continues.

The Sámi artists are raising a storm in their local communities. Even though they are not often heard in the mainstream music scene, their importance for the local community is as strong as ever. Generations of Sámi people have had to figure out how to find themselves, how to have that balance between the two cultures – and music is such a helpful tool in this.

Ijahis idja is a festival celebrating the music of indigenous peoples and has been held in Inari since 2004. The event is the only music festival held in Finland that concentrates on Sámi music.