Erik Bergman (1911–2006) was a pioneer in modern composition techniques in Finland. He was awarded practically every Finnish recognition and prize that it is possible for a creative artist to receive. It is a little-known fact that for his first studies abroad he went to Nazi Germany.

Bergman went on four study trips to Germany. On the first of these, he went to Berlin in early summer 1937, and he was dazzled with a city that had seemingly innumerable swastika flags, the second busiest city traffic in Europe, underground trains and a population larger than that of the whole of Finland. Performing venues habitually billed world-class stars such as Jan Kiepura, Beniamino Gigli or Wilhelm Kempff.

However, the purpose of Bergman’s trip was not to be dazzled but to study with Heinz Tiessen.

Who was Heinz Tiessen?

Heinz Tiessen (1887–1971) was born in Königsberg (now Kaliningrad) and studied composition with Philipp Rüfer, among others. He was appointed Professor of Composition and Music Theory at the Staatliche Akademische Hochschule für Musik, Berlin in 1925. His most prominent students were Eduard Erdmann, Sergiu Celibidache and Wladimir Vogel, with whom Bergman also studied later, in the 1950s.

In the Weimar Republic, Tiessen was a member of a radical left-wing group known as the Novembergruppe. When the Nazis came into power, this kind of ‘Bolshevik’ activity and associating with Jewish publishers spelled disfavour. Tiessen was allowed to continue teaching, but he lost many of his other posts in the music sector. His works practically vanished from concert programmes.

Tiessen was an Expressionist whose music was characterised by jagged rhythms, melodic writing that eschewed broad arcs, and an incisive though tonally rooted harmonic language. Bergman had adopted very similar solutions in his student works. But achieving a fruitful teacher–student relationship required more than just an affinity of styles; it required favourable stars, quite literally: Tiessen was a committed astrologist, and as such drew up hundreds of horoscopes for his students and colleagues, including Bergman. Tiessen and Bergman shared also a fascination with connections between music and the natural environment. 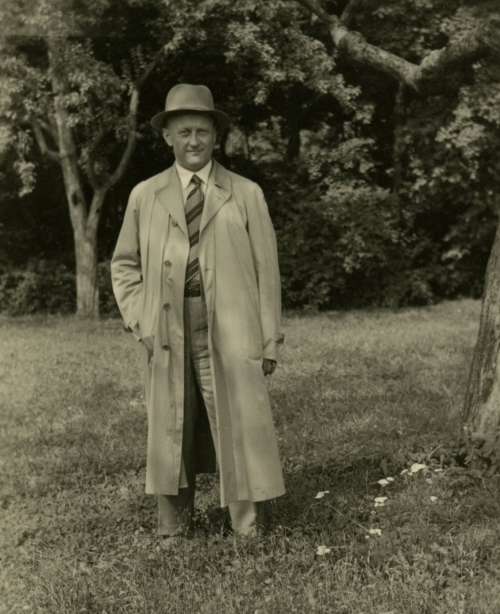 On the second of his trips to Germany, in summer 1939, Bergman went not only to Berlin but also to Paris and Frankfurt before going on to Tiessen’s home city of Königsberg. Soon, however, foreign nationals were advised to leave the country: armoured troops were already on the way to the Polish border. Bergman returned to Finland only a few days before war broke out.

Bergman again went to Berlin in late summer 1942 and continued to Vienna for a brief period of study with composer Joseph Marx. Bergman’s last and longest study trip to Germany began in November 1942 after he had received a scholarship to the Klindworth-Scharwenka Conservatory in Berlin. He subsequently received a Humboldt scholarship enabling him to study with Tiessen once more at the Hochschule, staying until June 1943.

Pleading health reasons, Bergman cancelled his planned return to Berlin for the academic year 1943–1944. The turning of the tide in the war may also have played a part; the Hochschule had been crippled by air raids. Bergman was not to visit Berlin again until 44 years later.

Tiessen and Bergman became close friends. It is indicative that in Tiessen’s autobiography Bergman is the only one of his former composition students that he favours with the distinction “an meinen lieben”.

Tiessen’s uncompromising outlook and his broad-minded fascination with natural phenomena, literature and para-sciences such as astrology had a profound impact on Bergman. It was partly due to Tiessen’s influence that even at his most constructivist – as in his serialist period in the 1950s – Bergman based his developments of composition technique on explorations of poetry, myth, nature and foreign cultures. 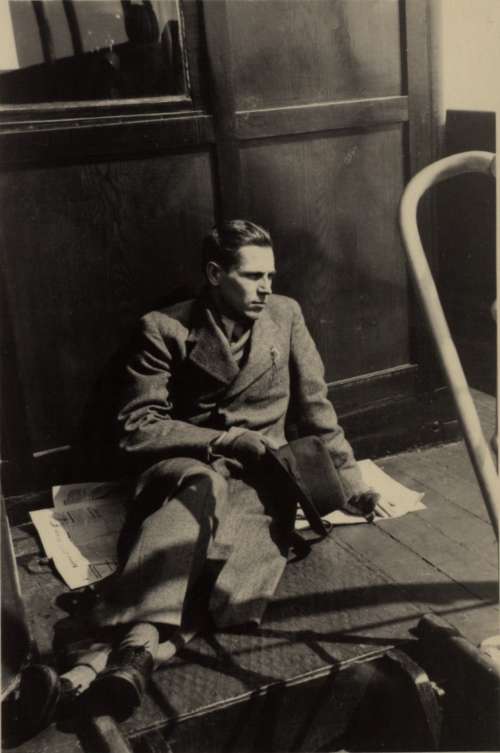 There were many reasons for Bergman going to Germany to study in particular. Firstly, Finnish cultural circles had maintained close connections with the German-speaking world ever since the 19th century. Secondly, Bergman’s friends pointed the way; for instance, Nils-Eric Fougstedt had gone to Berlin to study with composer Max Trapp only a short while earlier. Moreover, German was the only foreign language that Bergman knew. And added to all this we should note that during the war many countries were of course off limits for Finnish students.

Bergman was the only Finnish composition student at the Hochschule, but he was by no means the only Finnish musician studying or creating a career in Berlin. In his diary, he mentions singer Aune Antti, composer and choir conductor Taneli Kuusisto, violinist Pippa Haikala, singer Aino Palomäki and pianists Elsa Aro, Leea Isotalo, Ernst Linko and Kosti Vehanen.

There is no direct evidence of Bergman ever being any kind of Nazi sympathiser. Yet, unwittingly or not, Bergman did promote the German political agenda for instance by reporting on musical life in Austria and Germany for the Swedish-language daily newspaper Hufvudstadsbladet back home in Finland. His writings, having passed the censorship of the German Ministry of Propaganda, were effusive and devoid of criticism. Bergman even took a course held by the Ministry. He also made features on music for the Finnish and Swedish services on German radio – obvious propaganda vehicles.

Even the Humboldt scholarship carried a political hue: it was only awarded to selected and vetted individuals. A political slant may also be found in Bergman entertaining Finnish SS volunteers first with violinist Pippa Haikala in Graz (in April 1943) and then with soprano Aune Antti at Waldstein Castle (in May 1943).

On the other hand, Bergman was a favourite student and close friend of Tiessen, who was shunned by the Nazis. It is not an unreasonable stretch of the imagination to think that it may have been Bergman’s friendship with Tiessen that prevented his works from being performed in Nazi Germany.

Throughout his life, Bergman made a point about being apolitical. His works display no political leanings, apart from a couple of unpublished works written in wartime. Indeed, Bergman appears to have been politically naïve, and as such accepting of current circumstances, whatever they might be – democracy or dictatorship.

Dr. Juha Torvinen is an Academy of Finland Research Fellow who has studied the life and works of Erik Bergman. He was Editor-in-Chief of the FMQ from 2008 to 2011.