Known as a fearless sound explorer and protean saxophonist, Tapani Rinne introduced jazz to ambient and techno years before it became a worldwide trend. After game-changing albums with RinneRadio, Wimme and others, he continues to blaze a trail of innovation.

Tapani Rinne (b. 1962) has recently returned home to Helsinki from Murmansk. The desolate area in the nothernmost region of Russia has left its mark on the globe-trotting composer and improviser.

“I went there recently to perform with yoiker Wimme Saari and was happy to learn they wanted to hear RinneRadio live as well,” reminisces the reedsman and conceptualist. “It’s a very inspiring, yet daunting place. Freezing cold and ruthless, the environment is literally otherworldly. As is the nuclear submarine base and the derelict wreckage and waste of the mining industry.”

The visists were thought provoking even though Rinne says he should have concentrated on preparing upcoming projects at home.

“I guess I’m still not very good at saying no when fascinating opportunities like these come knocking.”

Rinne is by no means a stranger to playing music in extraordinary places. Regular clubs, auditoriums, concert halls and outdoor venues aside he has gone truly off the beaten path with percussionist Teho Majamäki. Their duo project has yielded the albums Inside the Temple (2012) and Under the Ground (2015).

As the title implies, the first one was recorded in holy places in India. Similarly telling is the other one’s name. It was recorded in the newly blasted rock tunnels of the “Kehärata” which was then built to connect the center of Helsinki to the Vantaa airport.

In both cases, the idea was to improvise in the inspiring surroundings and allow the spirit and echoes of the locations become the third element of the art. Praise from critics proved later that the twosome succeeded in reaching their goals.

“Interactive ambient music in the truest sense of the word,” Rinne offers with a dry laughter. “This duo is a laboratory where I can research the acoustic components of my sound and expression. It keeps me grounded.”

The woodwindsman is best known for RinneRadio, a group that was founded three decades ago. Almost like a living organism, the team has evolved and reacted to the ages with an ongoing flux of shapes and forms and a multitude of collaborators both aural and visual.

Guitar, bass and keyboard players as well as programmers, DJ’s and producers have revolved around Rinne ever since the inception and the eponymous debut album in 1988. Thus far, the band has released fifteen albums and performed all over the globe.

Even though many may find the connection surprising, the jazz-meets-techno- and-ambient-style of RinneRadio grew out of the Sound & Fury workshops led by drummer and composer Edward Vesala.

In this, RinneRadio is quite similar to guitarist Raoul Björkenheim’s Krakatau: A trailblazing group kickstarted by Vesala who wanted to give his protegés a boost and help them find their own voice as bandleaders. Another quaint detail links Björkenheim and Rinne who has lately favoured the bass clarinet over his array of saxophones.

“Through all sorts of tonal experiments I have found that guitar effect pedals work well with the bass clarinet,” Rinne says. “Many trumpeters like Jon Hassell and of course Miles Davis have gone down the same road before, but for some reason very few reed players utilize this kind of embellishment.”

Ever curious about the possibilities of sound processing, Rinne can fulfil his ambitions in this area best when performing solo. But as he underscores, one must resist the temptation to bring the entire recording studio set-up to the stage. “When playing live, I have chosen to keep it simple. First of all, technology can be very unreliable. And secondly, a gig is all about interaction. I don’t want to sever the connection to the listeners by tweaking a mixer or crouching over a laptop.” 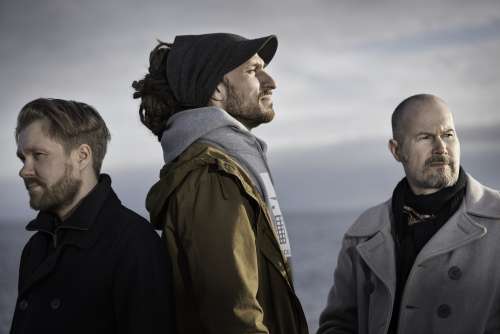 No man is an island

Times were very different when Rinne began his career as a professional musician. The biggest change has come about in the recording industry. Even though marginal art has seldom been commercially viable, this shift has required some adapting. But rather than lamenting the sorry state of the album culture, Rinne looks into the future.

“Right now in pop it seems wiser to concentrate on separate tracks rather than albums. I got personal proof of this when producer Janji invited me to collaborate on tracks like Milky Way Stars which soon went on to garner millions of listens on various stream services.  It is interesting to see if we’ll witness a similar trend in experimental music.”

“RinneRadio and violinist Pekka Kuusisto are currently putting the finishing touches to a track dedicated to our late friend, percussionist Zarkus Poussa,” Rinne says. “I am lucky to have trusty, daring and skilled soundmen like Tuomas Norvio and Konsta Mikkonen as my brothers-in-arms. They are artists in their own right but often go out of their way to accommodate RinneRadio or my other projects involving innovators from dance, circus, visual arts and other disciplines.”

Nevertheless, Rinne has not entirely turned his back on album as an art form. The follow-up to 2017’s Human by Wimme & Rinne is next on his agenda in this field. The disc will be album number nine by the ground-breaking duo combining ambient stylings with traditional Sami yoik.

“My entire journey is a logical extension of the fascination with sound which began when I experienced acts like Weather Report and Kraftwerk live. I am grateful to have been able to collaborate with true masters like Mika Vainio (of Pan Sonic fame) and will continue to push the envelope of experimenting,” Rinne pledges.