Collaborations between visual artists and musicians are leading music as an artform into new territories. Music gets conceptualised and finds new forms when contemporary artists and music professionals join forces.

Music and visual arts have a long, shared history. While the common path of music and visual arts can be traced back all the way to the first stages of cultural expression, tonal and visual art forms experienced a strong convergence in the 19th century when visual artists began to look to music for inspiration. Many artists were reflecting on the different attributes of music, from accents to counterpoint and from rhythm and harmony to dynamics.

The turn-of-the-century Russian avant-garde painter Wassily Kandinsky (1866–1944) emerged as a central figure in the movement towards combining musical form and visual expression. He drew from a wealth of musical attributes in order to express spirituality through his abstract paintings.

Contemporary artistic collaborations between music and visual arts bring out many different ways of conceptualising music. First emerging in the 1960s, conceptual art highlights the core idea at the heart of the work, instead of focusing on structural elements or technical brilliance. While conceptual music remains a relatively marginal genre in the field of music, it is common in joint projects between musicians and visual artists. 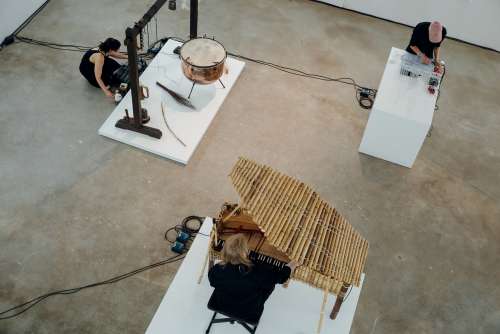 Visual artist Jani Ruscica turns the two-dimensional into the three-dimensional. For his 2018 work Flatlands, Ruscica created a series of musical sculptures which have subsequently been heard in several concerts, presented by the Riga International Biennial of Contemporary Art and the Helsinki Music Centre, among others.

The three musical sculptures featured in Flatlands grew out of two animated films and a satirical cartoon. Ruscica’s instruments were modelled against the original imagery depicted in the animations and the cartoon, down to the smallest detail. While these instruments allowed the performers a lot of freedom, they also required the ability to apply a whole range of performance practices to these custom-made instruments.

The Flatlands concerts featured instruments such as “the glass instrument” played by saxophonist Linda Fredriksson. The “pre-image” for the instrument was found in the 1968 Soviet animation titled Steklyannaya garmonika. Built by concert flute maker Matti Kähönen, the instrument sounds something like a cross between a Hammond organ and a flute.

Harpsichordist Matias Häkkinen’s instrument was inspired by a 1938 animation titled The Isle of Pingo Pongo, which introduced a bamboo instrument visually resembling a harpsichord or a clavichord; in the concert, however, it was treated more like a percussion instrument. The third instrument in the concert, played by electronic music creator Sara Milazzo, was based on the famous 1907 cartoon depicting Gustav Mahler, where the composer is surrounded by instruments such as post horn and cow bell.

Ruscica’s series of instruments has a conceptual origin, something that is typical for conceptual art. His art works lean on the idea of conceptualising an image: he creates three-dimensional sculptures out of two-dimensional images. The instruments themselves can be seen as functional sculptures, and functionality is a characteristic of Ruscica’s work in general. He has produced artworks such as wooden anthropomorphic alphabet reliefs, which present as a series of human figures and also function as printing plates. His Flatlands imagery, borrowing from cartoons and popular culture, also questions the ideals of serious and pristine sculptural art.

Not identifying as a political artist per se, Ruscica’s combined Flatlands art works nevertheless include a political dimension. The name of the series is based on an 1884 novella by teacher and satirist Edwin A. Abbott (1838–1926), titled Flatland: A Romance of Many Dimensions, where Abbott uses geometric forms as symbols for the prevailing Victorian norms and prejudices. His novel depicts women as straight lines whereas men are presented as squares or more complex polygons.

In Flatlands, there is a story behind each single image and instrument. Whereas the cartoon of Mahler reflected the prejudices against the changing music of that time, the Soviet animation referred to the glass instrument, played in the concert by Linda Fredriksson, as a fantastical instrument which freed up the sound in a highly controlled society. The bamboo instrument, however, is a product of racist history:  The Isle of Pingo Pongo depicts the inhabitants of an imaginary island in a racist, primitive and exoticized light. 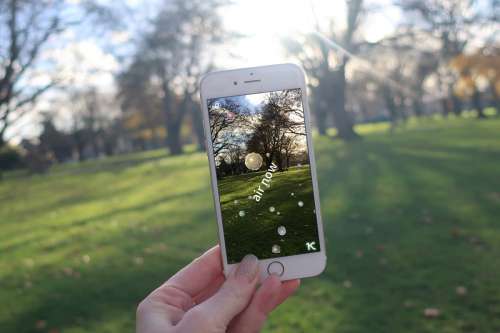 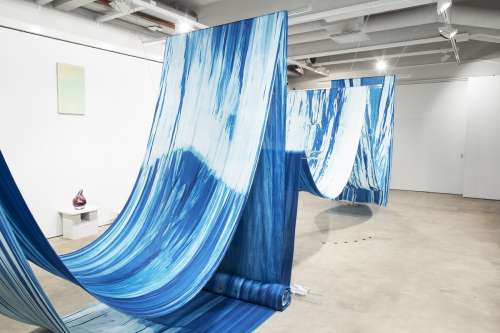 Where Ruscica’s series turns the two-dimensional into the three-dimensional, as well as conceptualising the nature of each instrument into a functional sculpture, the work Kairos καιρός (2018) by visual artist Josefina Nelimarkka is based on the concept of chance.

Kairos is an installation of works centred around wet painting and aleatoric piano music. The music is created by pianist Tapio Viitasaari.

When Kairos was exhibited at the Helsinki Art Museum (HAM) in 2018, a sensor was installed on the roof of the museum, measuring in real time the amount of aerosol particles in the immediate vicinity of the building. The movement of these particles directed the piano music played in the gallery below. When the amount of aerosol particles was increasing, the music became more intense. Respectively, when there were fewer particles, the exhibition space grew silent.

Wet painting, similarly to the concept of aleatoric music, includes a central element of chance.

Wet painting takes shape during an extended time span, with the colours building up and finding their channels partially at their own pace. During the creative process, wet painting can also be exposed to external influences such as open air.

Conceptually, aleatorism also refers to political reality. Western philosophy recognises a tradition of aleatory materialism. An aleatorist sees the political and societal situation as being influenced by many different variables. Any isolated event cannot thus be drawn into a general conformity of events, or thought to be guided by a greater force, theory or principle. There is no static utopia, ideal or universal narrative to predict and guide everything by.

Aleatorists, therefore, do not believe in a single, all-explaining universal truth such as a religion or a central grand history. Through their thinking, they have sought to invalidate such ideas as a sense of centrality, original and natural, reason and the concept of a prime mover. Instead, everything is directed by an erratic and capricious coincidence, fortuna, which intervenes with a varying degree of regularity.

After the exhibition at the HAM, Kairos has continued life as an expanding collection of works. The aleatoric piano music, which was part of the original work, has since been performed also in standalone concert events.

The phenomenon of a genius myth, where the artist is seen as a supreme, almost omniscient figure, is present in the history of visual art and music alike. During the last few decades, this myth has been chipped away at in many ways, such as through various joint projects where the creative process is shared between co-collaborators.

Shared authorship can refer to many types of collaborations between professionals representing different art genres. Recent contemporary art projects, however, prove that authorship does not have to be limited to human beings: traditions examining the different processes and environments of art can assign an active role to all kinds of life forms.

In the joint project by Nelimarkka and Viitasaari, the genius myth was being disbanded in the spirit of posthumanism, by giving an active role to non-human aerosol particles, invisible to the human eye. In Ruscica’s collection of works, professional musicians’ knowhow gave life to the functional sculptures.

When the Ubermensch myth crumbles, opportunities increase. At the same time, art can begin to resonate in a new way.