Innumerable concerts, wonderful halls and talented musicians: the popular image of the status of Western art music in Japan has undergone a sea-change in the past few decades. The country has a rich musical culture that today is closely aligned with the West yet continues to explore its own unique pathways. Lasse Lehtonen, Visiting Researcher at the University of Tokyo, discusses the musical culture of Japan in his column, which was written before the COVID-19 outbreak morphed into a pandemic.

Japan might be described as an art music lover’s dream come true. It is a huge music market fed by an ardent enthusiasm, as can be seen by the quantity and range of foreign guest performers, the sensational quality of amateur orchestras and choirs and the rise of amazing concert venues like Suntory Hall to international fame. A single district of Tokyo may have several record shops dedicated to Western art music, and although concert programmes are dominated by the classics, the huge consumer base can sustain more marginal genres of music as well.

The most striking manifestation of Western music taking root in Japan is that it is possible to come across it in contexts that one might imagine to be dedicated solely to Japanese traditions. The Imperial family are fans of Western art music, and Empress Emerita Michiko, for instance, known to us Finns for her love of Sibelius, is an accomplished pianist. I myself have had some of the most interesting discussions I have ever had about Western art music in Japan in the most surprising contexts, with the head of a Noh family and with a Shinto priest. Truly, the Japanese have taken Western art music to heart.

My recent conversation with Michiko Aotani, General Secretary of the Musicians’ Union in Japan, was an eye-opener in a somewhat different way. Aotani reported that tickets to opera and concert performances by foreign performers usually sell out quickly simply by virtue of the name of the performing ensemble containing the word ‘Vienna’ or ‘Berlin’. In the best (or worst) case, there may be several ensembles with names like these appearing at the same time in Tokyo alone. This phenomenon is probably a reflection on Japan’s extensive cultural history: as philosopher Shunsuke Tsurumi has analysed, Japan has always considered foreign cultures to be valuable and worthy of study. Add to the mix the Japanese veneration for long-standing traditions, and it no longer seems so strange that Western art music should enjoy such a high reputation in this country.

At the same time, the above example demonstrates that the art music scene in Japan creates local meanings too. This is usually discovered empirically by Western musicians who come to Japan to perform or to teach, because cultural differences always emerge in that most fruitful of environments for musical development: communication between people. Not that the differences are always obvious, I have attended numerous concerts and rehearsals without noting any difference at all between Japan and Europe. Yet when I took up this subject with iconic contemporary composer Toshi Ichiyanagi a while ago, he listed several small differences that he had observed over the years, for instance in the practice of rehearsing orchestral works and in the teacher-student relationship.

Different ways of communicating may lead to fruitful musical end results but also to funny misunderstandings. A Japanese violinist friend of mine who studied in Moscow often recalls with amusement an incident where her Russian teacher angrily told her to go home and practice when she said she was not sure how well she knew the concerto movement she was working on. This was actually pure modesty (which is a highly regarded virtue in Japan), as she in fact could play the concerto perfectly. Details like this are significant for performances too, because ultimately music is about communication. In this sense, art music is both local and international. 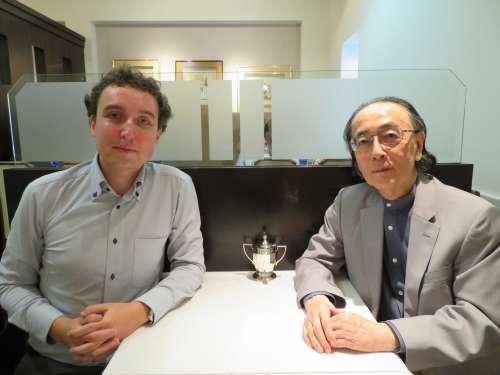 Of course, such differences are being steadily levelled by increased international interaction. Musicians from Japan – and from other countries in East Asia – increasingly appear in the West as students and also as prize winners of distinguished competitions, on the faculties of music universities and as teachers of masterclasses. We have (fortunately) come a long way from the time when Western critics could not write about Asian musicians without focusing on how “mechanical” their interpretations were! But there are two sides to this coin: Japanese musicians are often amazed by the grand gestures or overreaching interpretations of Western musicians.

For a long time, it was the case that Japan sought musical learning in the West almost unilaterally, whereas today increasing numbers of foreigners are taking a passionate interest in Japanese music. Not only musicians interested in traditional instruments such as the shakuhachi bamboo flute and the koto zither but also contemporary composers come to Japan to learn. This brings an influx of support and vitality to Japanese music, similar to that enjoyed by Western music in Japan. It is a relationship that can generate fascinating cultural syntheses and new artistic approaches.

The cycle of influences was wonderfully crystallised for me by distinguished shakuhachi master Tadashi Tajima, who for instance inspired Toshio Hosokawa to write his Shakuhachi Concerto. The shakuhachi is nowadays used for performing just about any repertoire, and Tajima once found himself performing Debussy. In practicing these works, he found the music to be so different from what he was used to that he had had to work out a new technique and embouchure for it. Having discovered what he felt was an appropriate shakuhachi idiom for Debussy, he reverse-engineered that idiom into the traditional music of the Edo period (1603–1868) – and found that it was a perfect match.

What is especially interesting about this example is that we know that Debussy, like many French Impressionist painters, was particularly interested in the ukiyo-e art of the Edo period. What we can take away from this is that musical cultures can feed into one another and enrich one another – even across a long history and tradition.

In Japan, as everywhere in the world, the COVID-19 pandemic has paralysed society and placed artists in a difficult position. Live performances have been cancelled in Japan since February: appearances by the gagaku ensemble of the Imperial Court, symphony concerts, pop music gigs, and so on. International mobility is of course completely out of bounds at the moment.

Although this new and unprecedented situation has led to new and as such positive uses of hitherto underused technology, e.g. live streaming of concerts, everyone in Japan hopes that the musical scene can return to normal as soon as possible and that international connections can be revitalised.