PREVIOUS ARTICLES FOLLOWING ARTICLES
"Let us accept as a starting point that one can be a musicologist if one has been trained as a musician and as a scholar. Failing to meet either of these two criteria removes the foundation from talking about music," writes musicologist, Professor Eero Tarasti in his FMQ column.

How difficult is it to become a musicologist? Certainly not very easy – but perhaps worthwhile. After all, musical life rests squarely on the shoulders of this profession, which introduces the public at large to the secrets of the musical world. Musicology, literally ‘music science’ in Finnish (musiikkitiede) and German (Musikwissenschaft), for instance, is a Janus-faced phenomenon in that one can only be a musicologist if one is also a musician, at least to some extent. Yet musicians have sometimes been unwilling to accept musicologists into their guild, so to speak: there are as many jokes about musicologists as there are about viola players. A musicologist is an unsuccessful musician, they say; if Mendelssohn wrote Songs without Words, is musicology not Words without Songs?

Musicians may believe that their non-verbal art is independent and self-contained, but in fact they depend on those who speak about music, those who maintain the discourse. That is symbolic power. Yet this is only part of the truth; the other is that musicology is a discipline that belongs to the humanities and presupposes apprenticeship of philosophy, scientific methods, epistemology, aesthetics and a wealth of other scientific disciplines from anthropology to the other branches of the arts, from aesthetic education and psychology to computer-assisted research.

Without this knowledge, we would never be able to penetrate the deepest essence of music. When an illustrious musicologist like Carl Dahlhaus argues that the most abstract ideas are the ones that are the most revolutionary and transform the history of music, how could we know what these deepest codes of tonal art are unless we were able to make them explicit with concepts stemming from a profound savoir of human sciences? Theodore Adorno reckoned that a philosopher was more serious and had a better mastery of music than a composer; he went so far as to criticise Beethoven by declaring that the second subject in the slow movement of the Fifth Symphony was a pompous failure.

Let us accept as a starting point that one can be a musicologist if one has been trained as a musician and as a scholar. Failing to meet either of these two criteria removes the foundation from talking about music. Performing musicians like to talk about their work for the media these days, but most often it would be better to limit ourselves to admiring their talent on stage. Even the greatest of musicians are often unable to describe conceptually what exactly it is that they are doing.

The flip side of the coin is that music theories can seem very abstract and aloof. Schenker analysis, set theory, cognitive studies, etc., are all devoid of contact with musical reality in a broader sense. Moreover, there is a great deal of intellectual writing and plausible research on music that is groundless and hypothetical simply because the writer lacks actual practical contact with music-making. Therefore, whoever opts to study musicology must accept that this requires a dual competence, and that is laborious. Hence, musicology is perhaps the most difficult discipline in academic curricula.

This is also the reason why, to my mind, musicology can only flourish in the old-established academic environment of universities. Truth be told, most music academies include music research in their curricula. But do future musicians have the time to learn all the historical and systematic knowledge and, above all, the skills required to write about music at a scientific level? If musicology is left to the conservatories (many of which now call themselves ‘universities’), there is the danger of falling into the habit of endlessly repeating old practices, because renewal requires the ability to ‘transcend’ those practices by exploring theoretical alternatives.

So, what are typical musicologists like? Some believe in history: that music stems from historical knowledge of its practices through the centuries. Yet we should remember what Carl Dahlhaus noted: we do not go to a concert to listen to a Mozart concerto or a Beethoven symphony as a document of a man living in the 18th century but because these works have ästhetische Gegenwärtichkeit, aesthetic contemporaneity, i.e. they have a message that speaks to us directly. Moreover, music history is also a historical phenomenon, and thus we have various musicologies, depending on which country and which time period they are linked to.

Others find something profound in the analogy between music and language. This leads to contemplation of music a signification and communication, as semiotics. Semiotics is an old and serious discipline that one has to study systematically in order to understand its basic approach to musical signs. Venerable scholar Ingmar Bengtsson in Sweden assumed a semiotic model that he called den musikaliska kommunikationskedjan, the musical communication chain. This portrays how a musical message is conveyed from composer to performer to instrument to acoustic signs to listener. This idea dates from the early 1970s, but since then musical semiotics has evolved into its own distinct paradigm in both musicology and semiotics. Some great semioticians such as Claude Lévi-Strauss and Roland Barthes also wrote about music, but mostly they did not say anything... since, as reasonable scholars, they knew that without musical competence their theorising would have remained rather superficial. On a personal note, I have often heard when lecturing at a musicology conference that “Tarasti is not a musician, he is a semiotician”, and conversely at semiotics conferences that “Tarasti is not a semiotician, he is a musician”. This illustrates the dilemma or Janus role of the musicologist, the dual identity. 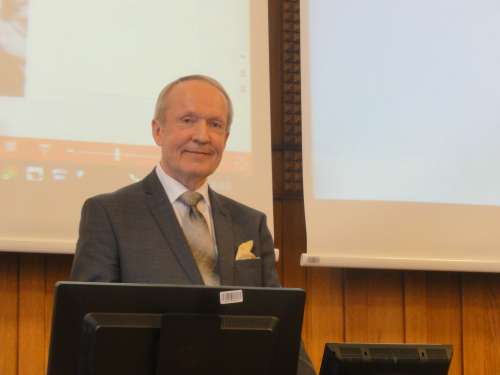 Then there is the idea that music is culture. Because it is culture, one does not even need to read the notes on the page, they say. Here, we should remember what conductor Jorma Panula said is the main issue in any kind of music education: the score, the score, the score! In any case, any would-be anthropologists would do well to remember how one of the classics in that discipline, Alan P. Merriam, once defined the field: music itself, musical behaviour and musical concepts. Today, active research into music itself is represented by cognitive studies and brain research. Music has unquestionably improved neurologists’ understanding of how the brain functions.

In the study of musical behaviour, the movement described as new musicology has raised gender issues. It is certainly true that women have often remained in the margins; we need only remind ourselves of the father of American musicology, Charles Seeger, who forced his wife Ruth Crawford Seeger, a highly talented composer in her own right, to abandon her composing work in order to go out and collect American folk songs for his research project. However, from the perspective of gender studies we must note that we do not know what the signs of gendered music are – whether feminine or masculine signs even exist. Even Teresa di Lauretis, a feminist and pupil of Umberto Eco, was obliged to admit as much.

As with many other disciplines, with musicology we must admit that it is difficult to define where exactly we might find its core, its true essence. Interest in and the influence of musicology have mushroomed. Applied musicology thrives on its contact with actual music-making – composing, educating, performing, administration, management. It guarantees that in any country with an active musical life there are no unemployed musicologists. The demand is endless, starting with the preparation of scores for performers and with historical performance practices. It also rubs shoulders with politics and social issues, one example being post-colonial analysis. Musicology is a key issue if we wish to understand how musical life functions. To quote Lévi-Strauss, it is one avenue to the mystery of music.

Music-making among people, machines and nature – The potential of critical post-humanism in music studies