"What makes someone visit the same music festival for 40 years without a break? This is what has happened to me with Tampere Jazz Happening", writes music journalist Harri Tuominen.

What creates such an addiction? It could be the wish to escape my everyday self and daily ego-driven hurry. A primordial energy of a magnitude that enables me to do this has been provided by Tampere Jazz Happening every All Saints’ Day weekend for 40 years.

With its uniquely innovative programming, the Tampere Jazz Happening continues to expand the definition of jazz while broadening the horizons of its audiences – and all this in a warm, cosy, almost intimate setting. Even the street lights look different when going home after a day of concerts.

In 2017, the festival received the most distinguished award that a European jazz festival can aspire to: the EJN Award for Adventurous programming, given out by the Europe Jazz Network. It was presented to Juhamatti Kauppinen, artistic director of the festival for the past 20 years. He is described as one of the most original concert promoters in Europe.

The award jury considered that the Tampere Jazz Happening had evolved into a world-class event that produces projects bridging generations and genders every year. For young Finnish jazz musicians, it is a forum for trying out their ideas while getting to perform with jazz legends and gaining international attention.

As is probably the case with most events in marginal genres of music, the Tampere Jazz Happening came about because of the efforts of a handful of enthusiasts. Aila Sauramo, executive director in those early years, recalls that in the early 1980s there was a generational shift going on in jazz. Young people exposed to new, more improvised music were growing tired of what was then the mainstream. They wanted to bring something different to Tampere: something new and exciting. The amateur project morphed into a professional festival that was subsequently adopted by City of Tampere cultural services.

From the very first, the festival has been pushing the envelope as to what actually is jazz, approaching the genre with a very broad remit to bring on modern, energetic, primeval and in any case more or less improvisatory performances. Although the music is not nearly always easy listening, the concerts are pretty much sold out every time. There is a core audience that attends every single year, and there is a gratifyingly steady crowd of younger people as well.

The Tampere Jazz Happening has an uncompromising programming policy. The focus is on quality, not quantity. There are no trade fairs or all-night parties. 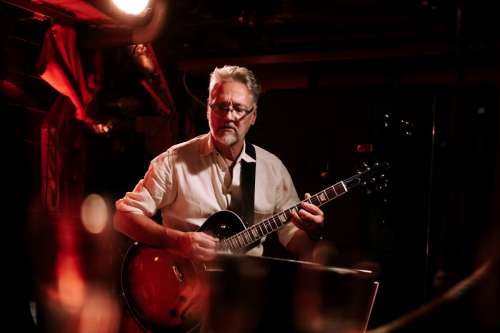 People say that jazz is best experienced in a live performance, which allows the listener to sense the communication, looks and dialogue between the musicians. It is all about seizing the moment and going with the flow. There is even an element of danger and risk-taking, as used to be the case with rock music long ago.

The mood amidst the old red-brick buildings in the heart of Tampere is cordial and tranquil – one gets the feeling that right now it is good to be here, never mind about yesterday or tomorrow. This is a good place to be on All Hallows’ Day, at the darkest time of the year. This is immersion therapy, the ideal way to lose yourself.

Over the decades, the festival has taught audiences to expect the unexpected: up and coming artists hungry for success, or old-school big names doing something other than recycling their ancient hits.

The festival is a snapshot of where jazz is right now, albeit without abandoning tradition. It is an important showcase for European jazz, and for Nordic jazz in particular.

Visitors to Tampere from the homeland of jazz, the USA, have included such luminaries as Ornette Coleman, Don Cherry, Steve Lacy, James Carter, Charles Lloyd and Bill Frisell. And given that jazz is increasingly merging with other genres of rhythm music, the menu at the Tampere Jazz Happening includes a generous helping of global music.

It was years ago now that the festival discovered the perfect setting, a cluster of three venues around a small public square. The Old Customs House is where the main concerts with a large audience take place. It provides easy access to Klubi, a smaller venue in the same building with a bar where you can go for a drink between bands.

On the opposite side of the square is Telakka [literally “shipyard”], a tiny culture-oriented restaurant whose wood-and-brick interior creates a soft and intimate acoustic where you can feel like you are practically inside the double bass. Telakka has particularly come to be known as a venue for Finnish jazz.

“I stood beside Jack DeJohnette and watched him tune his drums”

Guitarist Raoul Björkenheim has performed at Tampere Jazz Happening some two dozen times, so he has got a lot of work out of the festival. He is a performer who favours free expression and improvisation. He notes that not all of the programme at the festival is jazz; he often stays around for several days to see the other acts.

Sax player Esa Pietilä declares that this is one of the best festivals in the world. “There’s a huge range of diverse music. It’s not just locked into one genre,” says Pietilä and goes on to say: “They take good care of performers here, it’s a fun place to be.”

Drummer Janne Tuomi has been at the festival in multiple roles: performing, in the audience, as a backline technician and as a chauffeur. “Back in the day, Tampere was not all that international, so this weekend when all these top names in the world congregated here – it was like magic for a young man. When I was working at the festival, I got to rub shoulders with legendary drummers like Jack DeJohnette, Ed Thigpen and Milford Graves. I literally stood beside them watching how they prepared for their gigs and tuned their drums.” 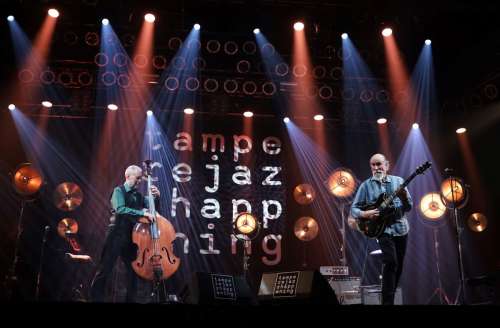 The anniversary festival in 2021

The 40th festival went excellently, as expected. Women gained more prominence on the roster of performers than before. Artistic director Juhamatti Kauppinen names as the high point – and something of a scoop – the appearance of an emerging great talent, sax player Lakecia Benjamin. For those looking for legends, there was the John Scofield & Dave Holland duo. Add to that global music star Habib Koité, who came to the festival from Mali in western Africa.

There is a group of fewer than a dozen of us who have visited the festival every single year, and this year we were treated to coffee, cake and cognac by the festival management. Now in its middle age, the Tampere Jazz Happening is in robust health and has found its optimum size. It has brought up a curious and broad-minded audience, and it is attracting a gratifying amount of interest among younger people as well. Finnish jazz is doing better than ever.

Harri Tuominen M.S.Sc. is a music journalist specialising in jazz and global music with Yleisradio / Finnish Broadcasting Company. He has been going to Tampere Jazz Happening for 40 years.