The accordion belongs to a huge worldwide family: the Basque country’s trikitixa, the Malagasy sound of the late Régis Gizavo, the bandoneón music of Astor Piazzolla, iconic French café music or American Cajun music – the list is endless. But isn’t the accordion also the voice of Finnish tradition? In this world of ever-developing technology, downloading and social media, does the accordion still have a place?

Two major things happened for the accordion in Finland in the last forty or so years. The first was in 1977, when the inspirational Matti Rantanen established accordion studies at the Sibelius Academy; then, in 1983, the Academy opened its Folk Music Department. Rantanen’s mission was to give the accordion a respect equal to other classical instruments.  There were many accordionists around but the only way they could earn money was by playing in traditional dance halls, tangos and waltzes or opera overtures.

Just about every accordionist you speak to now first heard the accordion in family groups or dance bands, or inherited an accordion that had been gathering dust in an attic. Accordion wild-child Kimmo Pohjonen began his career playing dance music, and so did the most admired of all Finnish accordionists, Maria Kalaniemi.

The impact of the Sibelius Academy

Kalaniemi was one of the first students in the new Folk Music Department at the Sibelius Academy. “It was something new,” she tells me, “and I didn’t know what was going to happen. It was quite revolutionary. I had great support from my teachers Heidi Velamo and Matti Rantanen, who pushed me to do the things I wanted.”

Having the space to find her own voice and her own style through developing technique and listening to the archive recordings of great performers gave Kalaniemi the belief and confidence that helped her to become one of the key performers in the revival of Finnish folk music. Years later, as a renowned international performer and teacher, Kalaniemi tells her own students the same thing. Anne-Mari Kivimäki says that taking time to develop your own style is the most important thing she’s learnt from Kalaniemi.

“I listened to a lot of archive recordings and new folk music, and played traditional tunes. I went on to begin doctoral studies and to combine my own style with accordion trance music. The roots of that music are in Karelia.” 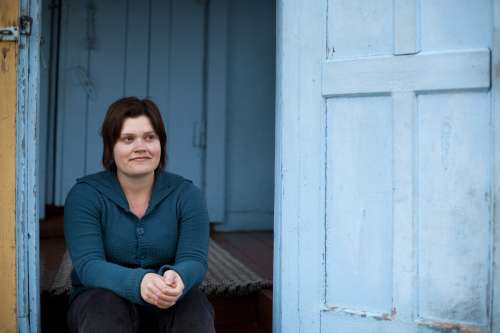 Kivimäki is just one example of this new voice in contemporary Finnish folk accordion, working with musicians across genres, developing collaborative work with theatre and the visual arts, and thriving on a scene that requires musicians to be proactive in global media. One of her bands, Suistamon Sähkö, combines steampunk, hip-hop, dance folktronica, Karelian tunes, archive sampling and a celebration of Finnish history through crumbling buildings, abandoned villages and road maps. They are taking it to Folk Alliance in New Orleans next year. It’s a project that truly represents a Finnish voice: design, music, innovation, quality, wit and determination.

Maria Kalaniemi is excited by this global and technological awareness. “We can use the latest electronics or play without,” she says. “One person has many sides to them. That’s very important to me and it means I can use the different aspects of my personality as an accordionist.”

Is there truly a Finnish sound and is the accordion at the heart of it, I asked Kalaniemi. “I feel that what I play is Finnish, old dance music together with newly composed music, the influences of archive recordings and the phrasing used by Finnish fiddlers. But we know Finland is not its own planet – we have influences from Sweden, Russia and Karelia too. And Sibelius of course.”

An anchor to Finnish heritage

Composer, arranger and keyboard player Timo Alakotila has worked extensively with Kalaniemi and other accordionists, including the charismatic Johanna Juhola, the UK’s Karen Tweed, Finland’s Markku Lepistö and Estonia’s Tuulikki Bartosik, and the compelling world of Kimmo Pohjonen. He talks about the changing and developing voice of the accordion and how these players’ impeccable sense of phrasing has changed the way he plays too. Like Kalaniemi and Kivimäki, he believes that you have to find your own voice and identity. He firmly believes that there is no folk music without knowing tradition, traditional phrases, accents and ornaments.

“Maybe it’s easier for students today to find a new voice,” muses Kalaniemi, “because many of us have been down that road before – Kimmo, Antti Paalanen and so on.” Alakotila adds: “You can play any style on it – it’s my favourite instrument even though I can’t play it myself!”

Why is the accordion sound so compelling, so powerful and yet so intimate? The voice that everyone talks about comes from the bellows: it’s like the fiddle bow, breathing and shaping every phrase, every note. The accordion is an anchor to Finnish heritage; and whether you’re the spinning, sampling innovator Kimmo Pohjonen or the strong spirit of Maria Kalaniemi, this is the way to the soul of Finland, alive and adventurous, whose traditions point to the future.

Accordion anthems for our times

The empress strikes back