The Time of Music 2017 festival in Viitasaari took a broad-based look at the theme of Art & Autonomy. There was also discussion about social bubbles within the contemporary music culture. Yet bubbles too can be looked at from various perspectives, writes Merja Hottinen.
A dictionary defines bubbles as balls of air inside a liquid, solid substance or for example inside a thin layer of soap. They remain perfect spheres until they burst; sometimes easily like soap bubbles or soda bubbles, but sometimes they keep more stable, even becoming permanent, as when fossilised in ancient rocks.

The topic of bubbles came up in a seminar on art and autonomy at the Time of Music festival in Viitasaari in summer 2017. Lauri Supponen, who spoke for the young generation of Finnish composers at the seminar, mentioned social bubbles that Finnish composers typically inhabit: the welfare society, the patriarchate or the special status of Finnish music. People living in a bubble develop the illusion that social conditions are equally good for everyone, and because of their comfortable status they have no interest in engaging in social commentary.

Supponen used bubbles as a symbol of social introversion, but in attending the Time of Music festival a visitor might consider that bubbles would work well as a metaphor for certain other aspects of contemporary music too.  On the one hand, bubbles distort the perception and operating environment of those living in them, but on the other hand they can be regarded as protective spheres that allow art to develop freely under its own terms and conditions. Regarded from the outside, bubbles are a sign of activity and change. And, as anyone who has ever blown soap bubbles in the sunshine will know, bubbles can also provide aesthetic enjoyment.

The composer guests at the Time of Music festival this year were Mark Applebaum and James Dillon. Although very different in the music they write, they share a striving for creation on their own terms. With Applebaum, this manifests itself as strange pieces that straddle the boundaries between branches of the arts and even the boundary between control and freedom. Dillon, on the other hand, is an autodidact composer known for his extensive cycles of works lasting anything up to several hours, with which he hopes to break out of the conventional concert format. An example of this was the piano work The Book of Elements, which constituted a concert by itself in Viitasaari.

At the festival seminar, Applebaum noted that he likes writing works in genres where no one has done anything before – at the risk of making them impossible to appraise or compare, in the absence of other similar works. Yet the works by Applebaum performed in Viitasaari came across as pioneering rather than curiosity-seeking: they simply work so well that one wishes for more of the same. Cases in point are Aphasia (2010), where hand gestures are an inseparable component of the musical expression, and Control Freak (2015), given an intense performance by soprano Juliet Fraser and the Talea Ensemble. 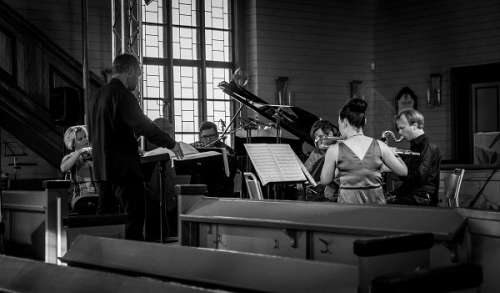 The principal featured Finnish composer at the festival this year was Sebastian Hilli (b. 1990), the entire Friday night concert being dedicated to his chamber ensemble works. Hilli has gained fame recently particularly with his orchestral work Reachings, and the energy, dynamism and carefully crafted details of that work have become established as hallmarks of his style, being apparent in these new chamber works too.

Yet for all that he has an identifiable style, he does not repeat himself. Each of the works heard in Viitasaari was a musical journey unto itself. Paraphrase II – Giant Steps and Eden Acid (2016) was an interesting take on jazz and acid house influences, transporting them to quite new spheres. The guitar concerto confluence/divergence (2013–2015) premiered by Petri Kumela and the Uusinta Ensemble was a trip through a soundscape jungle of timbres and sonorities. The concert opened with the string quartet Elogio de la sombra (2015), which was something completely different: a tranquil meditation on the poetry of Jorge Luis Borges that inspired it.

The concert given by the Talea Ensemble from New York on Thursday night featured the festival’s commissioned work, Fracture Mechanics (2017) by Jouni Hirvelä (b. 1982). This focuses on a topical theme, as its musical material makes direct reference to broken machines and thereby things like planned obsolescence. Its scratching and hissing painted a dystopic view of the future as a huge cemetery of failed electronics.

The Time of Music festival focused not only on young Finnish composers but on young musicians in general this year. The courses offered included composition, improvisation and conducting courses, for which a record number of applications was received. Students’ performances were integrated into the festival programme, giving audiences the opportunity to catch a glimpse of future professionals. 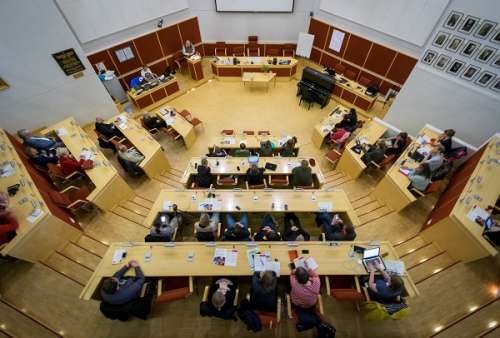 The theme and title of the Time of Music festival this year was Art & Autonomy. In aesthetics, autonomy refers to the independence of art from external norms. In the context of this festival, autonomy emerged as a synonym for the freedom of expression of art and artists, although the seminar discussions ranged far and wide, from the role of art in society to autonomy of funding and from the intrinsic value of art to audience numbers, and also the language used to discuss art. Autonomy was addressed in equally diverse ways in the festival programme planned by Johan Tallgren, celebrating the freedom of art but also showing how layered and how dependent on history and society contemporary music is.

The freedom of art is one of the cornerstones of the modern conception of art, but the concept of autonomy has also been heavily criticised – above all because it has led to the illusion that art does not or should not have a role and significance in society. Perhaps bubbles are the most useful when they are popped and the ideas fostered in them are dispersed into the surrounding cultural environment.