“If you look far enough back in any culture, music is born out of many different aspects and influences, including the physical environment that you live in. This is the key for me, finding your own points of connection with your culture, whatever that might be,” says widely travelled multi-instrumentalist Nathan Riki Thomson.

It all started with the ilimba, the traditional thumb piano of the Wagogo people of central Tanzania. The sympathetic resonating system of the instrument caught the attention of Nathan Riki Thomson, an Australian musician who was living in Africa at the time. “The ilimba has a huge amount of natural resonance. When you play it, you feel the vibration right through your body,” Thomson explains in his current home country, Finland, almost 20 years later.

The resonant frequencies, harmonics and overtone series of the ilimba inspired Thomson to think about resonance as a musical and physical phenomenon. The notion of resonance then broadened to embrace community. “I started thinking about the concept of resonance as more to do with how people connect and how communities resonate or connect,” says Thomson. “How people coming from diverse cultural backgrounds find points of connection and dialogue, and how they find ways of communicating that result in a feeling of being connected.”

All these dimensions of resonance came together at Thomson’s doctoral recital “Resonance” at the Sibelius Academy of the University of the Arts Helsinki in June 2016. He made buzzing attachments, other preparations and tuning systems for his own instrument, the double bass, in order to enable the instrument to resonate in exceptional ways in some of the pieces, resembling for example the Brazilian instrument berimbau. In some of the other pieces, the entire hall resonated as sound waves emanated from the seats, producing a physical sensation and connecting the audience through the experience. Community resonance was represented for example by the presence of a dancer. Overall, the sense of resonance made listeners extremely receptive to the concert both aurally and physically.

Born in Australia with family roots in England, Scotland and New Zealand, Nathan Riki Thomson took an interest in questions of culture and musical identity from an early age. His first degree was in classical flute and jazz double bass. During these studies he started to question his cultural identity and connection to the music he was playing.

“I remember thinking: what is my music actually? What is my culture? I started to wonder about the factors needed in order to really feel connected to the music you are playing,” Thomson recalls.

Questions such as these are becoming relevant for an increasing number of people in our increasingly multicultural age. Any given person may have roots in more than one culture, and the environment in their place of residence may provide a further component to their identity, not to mention the global media.

For Thomson, the crucial turning point in finding his own path was the discovery of the great diversity of approaches to making music around the world. He began to learn traditional instruments and musical traditions during extensive periods spent travelling. His five years in Africa made a huge impact, with exposure to new forms of music-making and diversity of traditions found even within each country.

“If you open yourself to try to understand someone else’s perspective, you perhaps learn more about yourself and the world around you,” Thomson explains.

“In musical terms, this can result in some very interesting musical developments. This is nothing new either. Musicians have always been inspired by new sounds and been influenced by the world around them in different ways, if you think about musicians and composers starting to travel and being influenced by the different forms of musical expression they have come across, for example.”

At the same time, it is important to maintain contact with one’s own roots and culture, whatever that may mean to any given individual.

“In my own music I’m drawing on different influences and things that have affected me as a musician and person so far. But I’m not trying to emulate another culture or pretend that I’m from that culture. I’m using it as a source for inspiration and as a seed to develop my own voice,” says Thomson.

Having settled in Finland, Thomson has quickly established himself on the folk and global music scene. In addition to his own ensembles, he currently plays with the bands Ilkka Heinonen Trio, Mari Kalkun and Runorun and Subsonic Trio, together with Kristiina Ilmonen and Brazilian percussionist Adriano Adewale, among others. His own most recent album, Shaped by the Sea (2013), features musicians from all over the world.

Thomson thus has plenty of first-hand experience of transcultural collaboration, one of the key themes of his research. He is interested in the specific tools that are needed for collaborative processes.

Such tools are needed not only for artistic creativity but also in arts-based community projects, such as the community engagement projects in schools and villages that Thomson was involved in during his time in Africa. He developed his ideas further in London, where he was a lecturer at the Guildhall School of Music & Drama and led various projects in schools, hospitals and prisons, with homeless people and with asylum seekers.

“Music is a great vehicle to facilitate meetings and collaborations between people and between cultures,” says Thomson. “I think the important aspect there is that it puts you on an equal level. You perhaps stop thinking of each other as being different or judging one culture against the next. Instead, you are on an equal platform where you can really feel inspired by each other and learn from one another.”

Some common ground has to be built, of course, as the people involved may begin from completely different assumptions.

“The process of working on music together means that you develop some kind of common ground, shared meaning and shared ownership in what you are doing.” 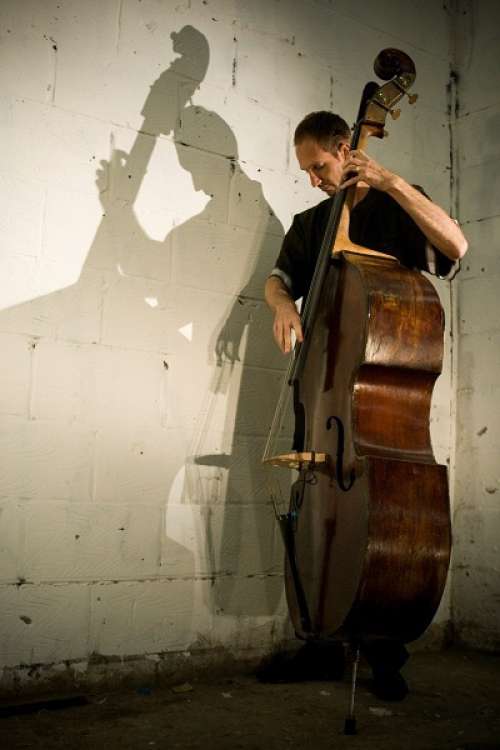 The feeling of home

The “Resonance” recital began with a piece entitled Homeland, for which Thomson had recorded the sounds of birds of his native Australia.

“These are the sounds I grew up with and therefore feel part of my cultural heritage,” says Thomson. Natural sounds are an element that create a feeling of home.

In Australia, the natural environment is full of sounds; in Finland, Thomson hears nature in a different way. “I think the kind of the silence that exists in the nature here is very unique. Perhaps that sense of space and silence has a direct effect on the musical culture here,” he suggests. “In Finland, I’ve noticed that people generally feel very strongly connected to the natural world. That is a very important part of the culture, and it is somehow all reflected in the music as well.”

In Homeland, the Australian birds were paired with a Finnish nightingale, a bit of Thomson’s new homeland. Indeed, Thomson considers that the feeling of home is not only about nostalgia.

“There’s more and more immigration and there are more and more people from mixed cultural heritages and second and third generation cultures. So the idea of connecting to home and the sense of belonging also changes,” says Thomson. An increasing number of people are having to make their home in a new place, in a new musical environment. 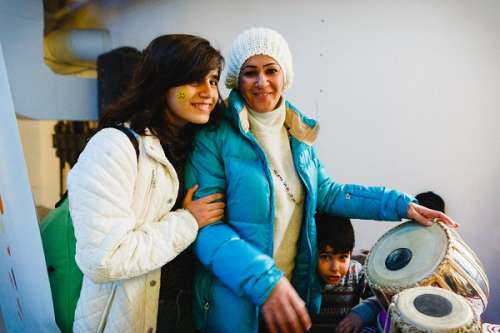 The Global Music Programme of the Sibelius Academy, in collaboration with Caisa Cultural Centre and music educator and doctoral researcher Katja Thomson, organised a music project with asylum seekers in Finland during spring 2016. The project included participants from Iraq, Iran and Syria, a singer from Greece and a group of students from the Sibelius Academy. Although they had no language in common, they made music together on the basis of melodies, rhythms and musical ideas brought in by the participants. The project culminated with a concert in April and will continue again in autumn 2016.

Nathan Riki Thomson reports that the weekly project meetings quickly became an important anchor point not just for the asylum seekers but for the other participants as well. “I noticed after a period of time that the act of having somewhere to meet regularly became a kind of sense of belonging somewhere. The music that we were making was important, but of equal importance was just the act of having somewhere, a moment to gather together on a regular basis,” says Thomson.

“For me, this started creating a sense of belonging to something, and I think for other members of the group as well: this feeling like you have something you can connect with, you have somewhere you can belong. In a way, that’s a sense of home as well.”

This GLOMAS project was one of many to have emerged in Finland after the huge influx of asylum seekers in 2015. Another major project is “Encounters – Kohtaamisia”, run by the Uulu cultural cooperative and funded by the Finnish Cultural Foundation. This project offers opportunities for the majority population and the residents of reception centres to meet in the context of the arts.

“Children are a key target group, being offered music playschool or music workshops. Asylum-seeker children enjoy these sessions very much and are enthusiastic about any opportunity to make music or to play,” says project leader Petra Käppi. “The children come from broken backgrounds, and many of them are attending school for the first time ever or after a long break. They have also had very limited opportunities for playing games or making music,” she says.

Käppi reports that the children are open to new things and are accustomed to learning something new every day in Finland. Both the children and the other project participants are being introduced to Finnish traditional instruments, but the main point is not to saddle them with a Finnish identity. “However, I do believe that Finnish music is expressive enough to communicate something about Finland and what it is to be Finnish,” says Käppi.

The main thing is to make opportunities for encounters. “The power of music is that it can bring people together for a moment and establish contact between them even if they don’t speak a common language. We can share profound experiences and deep feelings even if we can’t understand a word of what the other person is saying,” says Käppi.

Main photo by Melody Craig: Nathan Riki Thomson learned melodies from a young shepherd boy he met in Ethiopia in 1995.