PREVIOUS ARTICLES FOLLOWING ARTICLES
"For me, the most important function of music is to convey and catalyse emotions. This is why rich textures and powerful melodies play such a central role in my music," writes Mari Sainio. This column is part of the series where composers and musicians write about their music.

Music and composing have been part of my life for as long as I can remember. I have listened to all kinds of music since I was a child, and I began creating music of my own through improvisation, by varying music written by others. With hindsight, this was an easy path to creating things of my own. I had a compelling need for artistic expression, and not only music but also literature, cinema and theatre have always been important for me. I believe that these art forms have taught me a lot about dramaturgy and narrative arcs, which has been a great help for me as a composer.

What I love about composing is discovering new things, creating something never heard before and never being perfect. You can always learn more and do things a little bit better. You can study composition technique and stylistic sensibilities from here to eternity, but the key insight for me was that I have to be honest with myself in my art. This notion of integrity is at once self-evident and extremely difficult to deal with.

As a young composer, my idiom was creative and unbound, but the more I learned and understood about music, the more limitations I experienced. My environment also had a bearing on this, and at times I felt I had no space to do my own thing, having to respond to various demands placed on me by others. I was writing music that did not feel like my own at all, and I did not want to have it performed in public. I would never want to publish a work to which I am not wholeheartedly committed.

Somewhere along my studies, I almost completely lost touch with my creativity because of over-analysis and rules. It was not easy to find my own path, and I have had to go to a great deal of trouble in order to be able to make exactly the kind of music that I really want to make. With every new piece, I ask myself whether I am being completely honest with myself and whether I am making the choices I make for the right reasons. I want to maintain integrity to my own voice and avoid the influence of external pressures on the choices I make when writing music.

Being honest with myself has been my most important insight as an artist. I firmly believe that the best art is created when artists do not allow external expectations and opinions to have any impact but instead focus on being themselves and creating art that looks like them. There is a place for critics, of course, and no progress can happen without constructive criticism, but trying to please other people cannot be the driving force behind creating art. Reaching this state is difficult, because the opinions and comments of other people do affect you – of course they do, whether you like it or not. With every commission, I wish that I can fulfil the expectations of the commissioning party, but at the same time I myself have to be satisfied with what I am doing. Sometimes striking a balance is tricky, but I believe that if an artist is genuinely fond of their art, then there must be other people who share their opinion. By contrast, if an artist does not like their own art, how could anyone else like it? 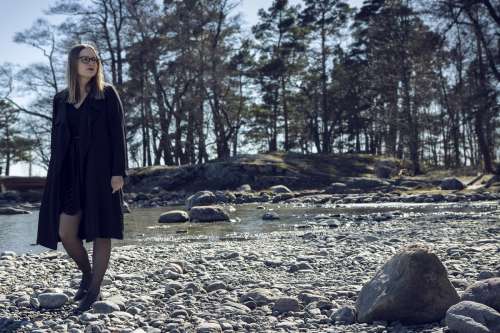 For me, the most important function of music is to convey and catalyse emotions. This is why rich textures and powerful melodies play such a central role in my music. Sometimes I feel that contemporary music shuns identifiable, beautiful themes, but I feel my music would be empty without them. I also want to design my music to have as many layers as possible. The easily accessible layer is what the listener hears on first listening to the piece, but there should be things to discover on a second or third listen too.

Recording solo albums has helped me hugely in discovering my voice. I began to write music for my first solo album while living in London in 2014. I had already written music for a variety of projects, but I was feeling an increasing need to create something of my own, something that no one else could comment on or edit. On these albums, I strive to be as open as possible in exploring various modes of expression and in working with interesting musicians from whatever genre. This has taught me to keep an open mind, which I hope is evident in all my compositions.

Creating music requires space, time and an interest for new things. I am not fond of genre boundaries; I draw inspiration from all kinds of music styles. Ultimately, genres are only for the listener and should not restrict a composer’s creative impulses. I consider extra-musical influences to be highly important. Recently, I have been inspired by the poetry of Edgar Allan Poe, Emily Dickinson and William Wordsworth. I am also a visual person and am often inspired by an image, an event or a story. This is probably why I am also involved in film music, theatre and opera.

I love to build a dramatic arc, to analyse the meanings in texts and to create large musical entities. Sometimes finding the right shape for a piece requires a highly demanding thought process. These thought processes roll around in my mind all the time, not just at the studio, but after such a process the piece usually progresses with leaps and bounds. Sometimes I feel as if I were putting together a giant puzzle where the pieces eventually snap into place. Those moments in the studio are magical, and they are what a composer lives for, next to performances and recordings.

Although being honest with yourself may seem like a blindingly obvious thought, following it is in practice often very laborious and demands a great deal of courage from the composer. By being honest in creating art, artists open themselves up to criticism, because there are no excuses behind which they can hide. Intimidating as that is, it is the only route to success and thus the only guideline that applies to every artist of any kind. Be honest with yourself; write the sort of music that you yourself would like to hear. Ultimately, nothing else matters.

More columns by Finnish composers and music makers: On my music and beyond.

Mari Sainio's monologue opera The Raven on YouTube and her music on Spotify: