For conductor Dalia Stasevska, being appointed Principal Guest Conductor of the BBC Symphony Orchestra and making her début at the Proms are not a flash in the pan but the result of hard work. Now the door is open to an international career, and she sees the domain of top international conductors as a playground without boundaries.

When Dalia Stasevska describes her crucially important gig at the Royal Albert Hall in London in August, one can tell by the glow of her eyes that the memory is fresh in her mind even with everything that is going on with her this autumn: “The Proms are like being in someone’s sitting room! People can come there and just be themselves and listen to good music, and even though it’s a huge space, you feel that the audience is really close.”

In this sitting room that comfortably seats 5,000, Stasevska made her conducting début with some of the hardiest perennials in the core repertoire: Sibelius’s Karelia Suite and Tchaikovsky’s Symphonie pathétique. Soon after that, she led two symphony orchestras at the Helsinki Festival in a merger of minimalism, hip hop, modernism and tradition. Both concert programmes came equally naturally to her: “I can do everything! I’m curious and interested in many kinds of music and don’t need to pigeon-hole myself.”

Yet Stasevska hints at the possibility of conducting something far more adventurous at the Proms next year: “Now that I’ve entered the Proms family through the BBC Symphony Orchestra, nothing is impossible.”

Step by step, steady as she goes

Born in Ukraine, Dalia Stasevska has been living in Finland since she was a child. Her pathway to becoming a conductor was a typical one: instrument studies, an interest in orchestral music and then via the Sibelius Academy to study with legendary conducting teacher Jorma Panula in Stockholm. Having graduated in 2012, Stasevska has progressed to conduct orchestras of increasing importance while also conducting a fair number of opera productions. Yet the BBC Symphony Orchestra in London is her first major permanent engagement.

In her new environment, Stasevska has not come up against the shortage of time or the conservatism of tastes that the London musical scene is known for. There is an audience to be found for alternative repertoire, and adventurous programming is in her mind not incompatible with respecting the orchestras’ traditions and audiences. “The BBC Symphony Orchestra play all kinds of music, so being their Principal Guest Conductor is an ideal fit for me. Of course the competition is fierce in London, but it’s just one part of the great playground of music where the only boundaries are those you set for yourself.”

A typical example of this was the first concert that Stasevska conducted as Principal Guest Conductor. “In Britain, the soloist is what is generally used to sell a concert, but I wanted the ‘soloist’ to be a choir. It was well received.”

Stasevska sees her engagement not as a step up but as part of a continuum. “Everything has gone the way it should, slow and steady.” 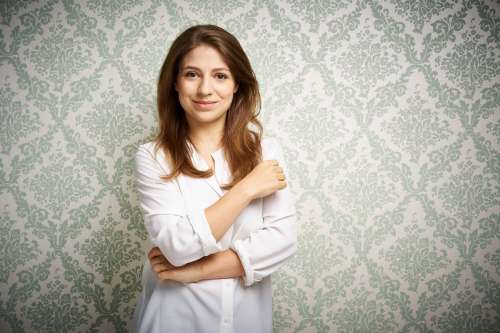 Stasevska’s CV does not contain anything that one might point to as a breakthrough moment, and she considers that this is a good thing. “After I finished my studies, I had the opportunity to work with bigger and bigger concerts at a gradual pace. And I’m happy about the time I spent as assistant to Esa-Pekka Salonen and Paavo Järvi, because it was a safe place to learn about the tempo of the job and its various aspects, with these excellent mentors. It’s a harsh reality if you just set forth unprepared: as a conductor, either you’re invited to conduct or you’re not. The workload is huge, and the travelling is arduous.”

She can point to a step in her career continuum, though: being signed up by the HarrisonParrott agency. “I dreamed about that deal when I was a student, because all my Finnish conductor idols were there. Then when I was an assistant, someone from HarrisonParrott turned up in Paris out of nowhere, and of course I said yes!” Being signed up by an agency brings much more than just the booking of gigs. Stasevska describes the relationship as a professional marriage: she and the agency are in contact on a daily basis, sharing both ups and downs.

The market is merciless, and the only way for a young conductor to make a success of it is to work hard and to never stop learning. Practicing is different for a conductor compared with an instrumentalist, but it takes up just as much time. “I need to listen to the concert recordings and watch the videos, because if you want to do better, you have to examine what you’re doing right. There are also trusted colleagues whom I can turn to for feedback. We go to each others’ concerts quite a lot.”

Stasevska describes shaping her interpretation of a work in the private practicing process as peeling an onion. Whenever one returns to a work, the ears discover new layers that can be worked at. But, painfully enough, the most important part of the process of practicing for a conductor is in rehearsals with the orchestra: “You can anticipate certain difficulties just by looking at the score, but you won’t know what’s going to work until you hear it in rehearsal. Shaping my interpretation is a fascinating process.”

So, revisiting core repertoire time and again is a learning experience, but how does one motivate oneself to conduct, say, Fartein Valen on an isolated guest gig in Norway? “Part of a conductor’s job is to maintain and nurture the canon – in other words, to showcase music of importance. In Norway, Valen is important. Besides, I’m sure that all composers put their heart and soul into their music, and as a conductor I need to have the empathy to sense the core meaning of a work. It’s like being an actor. You have to believe in the role to be able to perform it.”

It’s all about attitude

It is part of the nature of the beast when giving concerts that one cannot always succeed. Stasevska has come to terms with this: “I just review things calmly to see what I can do better next time, I try not to take things too personally, and I remind myself that I’m doing what I love – making music.”

Stasevska takes an equally no-nonsense attitude to extra-musical challenges. Even with her triumphant Proms début she came up against vestiges of the dusty patriarchal past, as the concert reviews focused mainly on the conductor’s wardrobe and she was suspected of being simply a token female appointee.

“The world of music is a big ship that turns slowly, and for the moment that sort of thing is still part of this profession. I’ve developed a Teflon skin against comments like that; they just show that some people don’t have a clue what’s going on.”

Stasevska refuses to name even the constant travelling as a downside in her profession. She talks about narrative and different ways of looking at things and doing things: “People say that there’s no time to read these days, but in this job there is! I listen to audio books when I travel, so I’m in fact reading more than ever, and it’s fantastic. Literature helps me remain open to influences and to understand history and the human mind.”

If everything continues to go the way it should, what will that mean for Dalia Stasevska’s career? The things that she is at liberty to discuss at the moment have mainly to do with the USA and Australia. “The agency is marketing me overseas, which is as much my wish as theirs. I like [the American] attitude to work, the culture and of course their style of playing. American orchestras are fantastic with rhythm, for instance.”

It would seem that Dalia Stasevska will continue to have plenty of time to read in the future.

Dalia Stasevska has been appointed Chief Conductor to the Lahti Symphony Orchestra and Artistic Director to the International Sibelius Festival from Autumn 2021 for a tenure of three seasons. In her first season in Lahti, diversity is a strong theme running through the concerts. Diversity will be highlighted in the concert season 2021/22 both by the music to be performed and by the guest artists. Read more here.