Led by the startling voice of Anni Elif Egecioglu, Elifantree paints from an idiosyncratic palette, spattered with jazz and electronics. This Helsinki trio celebrates its 10th anniversary with new collaborations and a forthcoming album.

Love & Trees, Elifantree’s first album from 2010, laid a template for the band’s sound, one which they’ve been refining ever since. Anni Elif Egecioglu’s voice swoops from low, intimate conversations up several octaves to scat-like acrobatics over Pauli Lyytinen's saxophones. His playing ranges from percussive bounces and romantic murmurings to Harley-Davidson growls.

In between playful instrumentals featuring glockenspiels, harmonium and cello, there are Elif’s lyrics in English and her native Swedish. Underpinning it all was drummer Tatu Rönkkö, who left last year to form Liima with members of the Danish indie-rock band Efterklang.

That opened a new chapter in Elifantree history, as Olavi Louhivuori from Oddarrang took over the drums and percussion. Since he joined in spring 2016, the band has drawn wows at festivals from Brighton to Bremen to Brescia, Italy.

“Olavi has brought a wider dynamic range to the sound and a different energy to the band,” says Elif. “The old repertoire has developed, and it feels like it's been reborn.”

That repertoire spans three albums, the latest being 2015’s Movers and Shakers. By then, the band had taken a huge leap in confidence, becoming at once more subtle and more accessible. There’s even an ‘80s-synthpop romp called “Heroes” that would have been a big hit in some parallel universe.

As a video for the song premieres in November, the band is mixing their fourth album, to be released in March 2018 – and planning their fifth album.

Between all this, Elifantree plays its first concert since spring, a joint appearance with Tölöläb at Helsinki’s G Livelab. 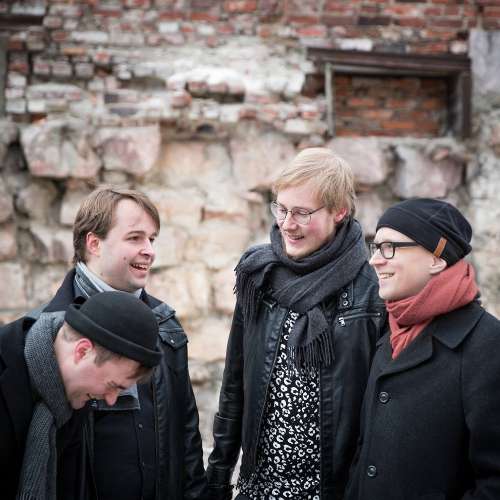 “We’ll mainly improvise freely together, but also perform some Elifantree music with them. First we'll play as a trio and then Tölöläb will join us for a completely improvised part. Most of what we do on stage will be recorded and processed in real time, bringing a third dimension into the music."

Anni Elif Egecioglu, who is of Turkish-Swedish descent, often goes by Anni Elif for simplicity’s sake. She writes or co-writes nearly all the material (including all the lyrics), usually with her real-life partner Lyytinen.

Onstage, she delivers them with no-holds-barred emotional punch, while dancing, playing keyboards, percussion and occasionally cello, her first instrument.

"Many artists claim to have a 'unique sound' but Elifantree is one of the rare ones that actually do,"

The charismatic redhead has drawn comparisons to Kate Bush and Björk for her eccentric, wide-ranging vocal style and visual theatrics – though hers lack pretentiousness. Indeed, nothing about this group seems commercially calculated, or quirky for its own sake.

"Many artists claim to have a 'unique sound' but Elifantree is one of the rare ones that actually do," says impresario Matti Nives, who hosts their 10th anniversary show during the We Jazz Festival in December, which will feature special guests and new songs.

“They work from the framework of jazz, but usually trek well outside of it,” he says. “Anni and Pauli are just one of those matches made in heaven, both in terms of spirit and musically as well. The very versatile Louhivuori makes perfect sense as the drummer for the group. Elifantree takes giant steps every time they make new music.”

A LITTLE SOMETHING ON THE SIDE

Beyond Elifantree, all three have a dizzying array of solo and side projects.

Last summer, Elif guested with the genre-bending Oddarrang, and during last winter’s We Jazz, Elif improvised a gripping, wordless tribute to nineteenth-century writer Aleksis Kivi in his old room at a former Helsinki mental hospital, accompanying herself on an electronic keyboard.

Elif and Lyytinen also created two albums for children with the band Kauhukakara (“Brat”), returning to the same quartet line-up for Edith, her solo album from last summer. She performed those songs, mostly settings of poems by Swedo-Finnish poet Edith Södergran, at Pori Jazz Festival in July, as well as appearing with veteran pianist Heikki Sarmanto.

Also at Pori Jazz, Lyytinen was crowned Artist of the Year and appeared with his new Magnetia Orkesteri. This quartet, featuring trumpeter Verneri Pohjola, bassist Eero Tikkanen of Mopo and drummer Mika Kallio, released its debut album during the festival, followed by a 10” vinyl EP on Nives’ We Jazz label in September. 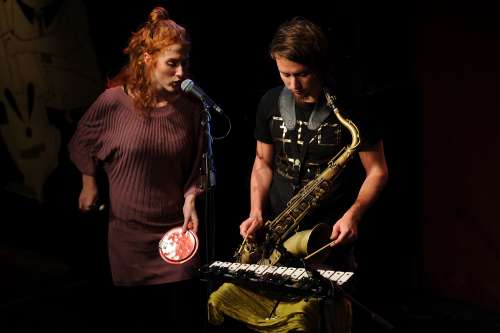 All these branch projects strengthen the sturdy trunk of Elifantree.

“We all three have an urge to explore new musical things and sides within ourselves in different constellations,” says Elif. “This inspires us as musicians and artists and is fruitful for all of our projects. By exploring new territories, we learn new things. This influences us and the way we approach improvisation, composing, interaction and so on. Creativity feeds creativity. Activity feeds activity.”