"The Kalevala myth was a genuine source of inspiration for the fledgling Finnish nation in search of an identity. But has it been such a thing any more, really, since the Second World War?," asks Kimmo Hakola in his Kalevala day column.

Finland is a young culture, we like to say. But we do have the Kalevala, we then remember. The myth in whose epic and dramatic energy our nation found the strength to achieve political independence, found a cultural identity to defend fiercely in the face of war, and found its place as a nation among nations, a mystical people of the North. A myth whose mental landscape conjures forth the stormy forces of creativity.

Väinämöinen and Maid Finland, in their various incarnations, have been the self-evident emblems of our national-cum-ethnic existence throughout Finland’s independence.

And when the time comes to celebrate, artists are the heroes of the nation: it is from them that the nation commissions something to build the future and to reinforce our conception of ourselves. We are a nation with a story. And that is not nothing in today’s marketing-strategy world.

The Kalevala myth was a genuine source of inspiration for the fledgling Finnish nation in search of an identity. But has it been such a thing any more, really, since the Second World War? Sometimes I doubt it. Why? Firstly, because our multitude of artworks based on the Kalevala have scarcely entered the core repertoire: they are only performed when there is cause to celebrate – to celebrate Finnishness, that is. Why is the very first Kalevala opera, Die Kalewainen in Pochjola by Karl Müller-Berghaus, being premiered in 2017, 127 years after it was written? Was the work neglected because it was written by a German composer? I think not.

In 2008, the Kalevala Society launched a project named the Artists’ Kalevala. The idea was to bring together visual artists and composers to create new works based on Kalevala stories. This resulted in a major collection of pictures and compositions where the collaborating artists and composers managed to capture something fresh and significant. The project was documented in an impressive book accompanied by a recording of the musical works.

As far as I know, these compositions have never been performed in public after the project, not even broadcast on radio, and the physical artworks lead a quiet existence on the walls of private collectors. The book did not sell very well. Later, the Artists’ Kalevala format was continued by inviting international artists to create new works based on the poetry of the Kalevala.

So here’s my bold question: Is the Kalevala a true source of inspiration any more, for artists in today’s generations? Every professional artist will get creative if the price is right, of course, albeit with varying degrees of enthusiasm. Patrons always get what they ask for. But it is rare for Finnish creative energies to delve into the Kalevala at their own initiative. 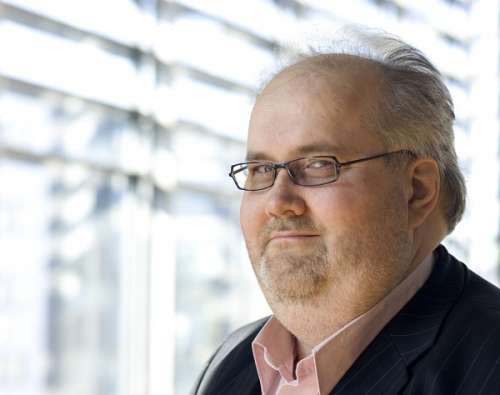 What the Kalevala has to offer our nation is a sort of “mirror stage” that provides us with a fuzzy and myopic view of the ur-source of our national collective consciousness. On the other hand, multiculturalism in what we now call Finland began way back in the Ice Age, as lost wanderers from all sorts of places have always found their way to this chilly cul-de-sac. Accordingly, a single-tribe mythology does not ring true in all segments of the population.

The Kalevala is, among the myths of the world, a uniquely compelling cavalcade of narratives that explore the gamut of human nature. As drama, the Kalevala can offer more than a human as a social being could possibly wish for in his brief lifetime. As a composer, I believe that if Richard Wagner had been born further north, he would have incorporated the Kalevala into his operas.

The Kalevala must detach itself from Finnishness and celebrations of the Finnish nation. It must establish itself as a myth among myths in its own right. The Kalevala has already been translated into more than 60 languages, so accessibility is not an issue. The Kalevala is a grand mythology and compares well with its brethren worldwide.

Let the Kalevala be a source of inspiration with no particular celebration as catalyst and, above all, without cultural policy forcing the issue.

The first Kalevala opera Die Kalewainen in Pochjola by Karl Müller-Berghaus was premiered in Turku, Finland, on 28 February 2017. Event information in English can be found here. The opera website (in Finnish) can be found here.