After recording for renowned jazz labels like Blue Note/EMI and Verve/Universal, Iiro Rantala now enjoys life in the indie field. Always eager to help young musicians get ahead, the piano superstar is giving back more than ever.

All right. Let’s get this out of the way immediately. Celebrated pianist and composer Iiro Rantala is NOT a birthday person. Yes, he will turn fifty next January. But no, he will not arrange any special event to mark the occasion.

Nevertheless, the piano superstar is not a grumpy middle-aged man. On the contrary. Should a young musician feel that Rantala is the right person to help them with some career-related dilemma, he encourages one and all to approach him.

”Always happy to give assistance to up-and-coming colleagues, I have even voiced this aspiration in interviews. But for whatever reason, only people from the classical realm have taken me up on this offer. And this has given me the opportunity to mentor very promising talents.”

Ready to put his money where his mouth is, Rantala recently set up an agency called Apollo Artistit to boost nine promising musicians. His handpicked selection comes from jazz and pop as well as classical.

”I wish to stress that I am mainly competent to contribute in questions related to the music business. People wishing to figure out how to perfect their staccato playing á la Franz Liszt will get better advice somewhere else.”

At the moment, Rantala would be interested in working with more people from the jazz scene. ”I charge nothing for my advice. So if someone feels I could be able to give them tips on what to do next to further their professional life, come tug my sleeve at a gig or get in touch some other way.”

Young musicians would do themselves a favour by contacting Rantala. He knows what he’s talking about and because of the experiences accumulated through a long and winding career, his advice is usually golden. 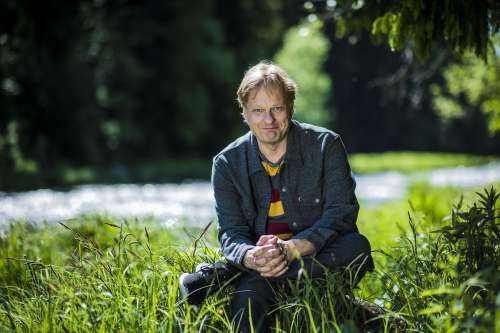 Rantala first broke through locally and then internationally in the late 1980s with groundbreaking Trio Töykeät (at times known abroad as The Rotten Jazz Trio). Together with bassist Eerik Siikasaari and drummer Rami Eskelinen, Rantala set the precedent for Finnish piano trios to come. Success followed and the group soon found themselves performing to sold-out crowds all over the world.

”Generally speaking Finns are notorious for not being able to market an innovation, a product or their personal abilities. After a fashion, this applies to me as well.”

Looking back, Rantala finds two distinct turning points that defined his progress. The first was getting manager and record label executive Tapio Korjus interested in Töykeät in the 1990s.

”Tapio put us on the map through his massive footwork which eventually led to us meeting manager Burkhard Hopper. The second watershed was crossing paths with Siggi Loch who runs ACT Records. I got in touch with Siggi with help from pianist colleague Esbjörn Svensson at the April Jazz Festival in Espoo. Töykeät had recently broken up, I was a free agent and Siggi was fortunately interested in signing me. And I never left because we have enjoyed such a good partnership. In my opinion, ten albums in ten years is a good indication of how well things work between us.”

Behind the steering wheel

Rantala knows that Svensson’s tragic and sudden death in 2008 helped open the door for him and his ideas. All of a sudden, ACT Records was without the band that had generated 60% of their revenue and Loch was actively hunting for new artists. Rantala became one of the catches. The label head’s strong opinions on production values came clear early on, but Rantala took it in his stride.

”I look at the situation like this: I’m the guy behind the wheel of a Formula One racing car. I receive reliable instructions to my headphones and every once in a while I also get to choose independently what to do. Can’t complain, really. If Siggi wants me to do an album of songs by John Lennon, why would I say no? Especially if the payback is getting occasionally to do exactly what I want to. I accepted early on that Siggi wants a lot of control. And that was a new situation to me. Töykeät never had a producer. But when my ACT albums then started bringing home important prizes from the industry, I understood the value of a strong producer."

Rantala’s latest offering, My Finnish Calendar, is obviously an album he called the shots on. A twelve-song cycle dedicated to how its author views life at the top pf the world, the bold disc manages to capture its author’s soul and spirit accurately.

Rantala is aware of the fact that all solo piano works will forever be compared to the works of Keith Jarrett. This monolith is a challenge every jazz pianist must face.

”Jarrett’s aura on solo piano is massive and I have my own methods of dealing with it. Skills acquired from classical music have played a big role in this. The lines composers like Prokofjev, Bach and Chopin wrote for the left hand have proven very useful.”

On the new album, Rantala found his biggest challenges in the small and the simple.

”For me, playing something tiny, subdued and melodious is actually very scary compared to stepping up on stage and putting the fireworks on. Flashy, technical playing is easy for me and that’s what I’ve been doing pretty much all my life.”

Next up for Rantala are two big projects with the Deutsche Kammerfilharmonie Bremen. On the live front he will premiere his ”Best of Beethoven” collaboration with conductor, composer Jaakko Kuusisto. As far as recordings go, January will see the release of Rantala’s and DKB’s versions of music by George Gershwin.