The theme for the contemporary music festival Musica nova Helsinki this year (2–10 February) is Polytopia, referring to a plurality of locations and performance practices. The programme features world premieres, spatial art, evocative soundscapes and a societal dimension. Events with live audiences cannot be held due to the coronavirus restrictions still in place, but the festival is going ahead with a roster of online performances and radio broadcasts.

Amidst all the ongoing uncertainty, the Musica nova Helsinki festival is forging ahead with a menu of some of the most interesting music of our time, presented online and in two urban installations. Only a handful of performances have had to be completely cancelled because of the coronavirus restrictions; the programme of online performances and radio broadcasts is largely intact.

The theme for this biennial festival this year is Polytopia, referring to a plurality of locations. The idea behind this – even before the coronavirus pandemic was ever heard of – was to explore new performance environments and ways of experiencing music.

“A contemporary music festival is always about exploring new things, whether they be new concert formats, performance venues, ways of listening or contexts of performances,” says artistic director André de Ridder in the magazine of the Society of Finnish Composers, Kompositio.

Spatial art comments on its environment

The pandemic has made virtual space a part of our everyday lives and forced the culture sector to seriously consider how art can be experienced online.

Still, this is not the only way in which the Polytopia theme is being manifested, as alongside all this we find art that is very much local and physical: at the core of the festival this year is the deployment of contemporary music in the urban space in the form of physical artworks. Helsinki Polytopes is a sequence of spatial artworks inspired by the location-specific installations of Iannis Xenakis, bringing together young architects and composers in a joint project run by the Ears open! contemporary music society and the New Academy architecture training programme. Out of the projected four works, two will be executed at the festival: Huone 227 by Siiri Hänninen and Tara Valkonen in a garage in the city centre of Helsinki, where sound creates an imaginary building around the listener, and Machina ex Naturae in the vast underpass at Metsämäentie in Helsinki’s Central Park.

The architects of the latter work, Tuuli Kanerva and Leo Lindroos, say: “One of the ideas of this work is the ability of sound to make people feel things that they experience in nature: serenity but also fear. The forest in the Central Park that surrounds the installation is an important part of the artwork. The complete experience begins and ends with walking through the actual forest. We also deliberately placed the work here, where the natural forest has been destroyed, replaced by a bridge carrying a road through the Central Park. The work is an intermediate space that aims to stitch together the discontinuous forest space.”

The soundscape was designed by composer Teemu Mastovaara. “Visitors can stop and sit down on the seats provided and experience how the work evolves. The soundscape begins in a harmonious way, but human interaction makes it progressively dissonant. If a visitor stops to listen to the work, it will eventually revert to the harmonious initial state,” he says. Mastovaara notes that sound is always bound to a specific space. “In this sense, music cannot exist without space. Architects are masters at handling space, and architecture is of crucial importance to the experience of music in many cases. I don’t mean just the acoustic phenomena involved but also the moods created by architectural environments.” 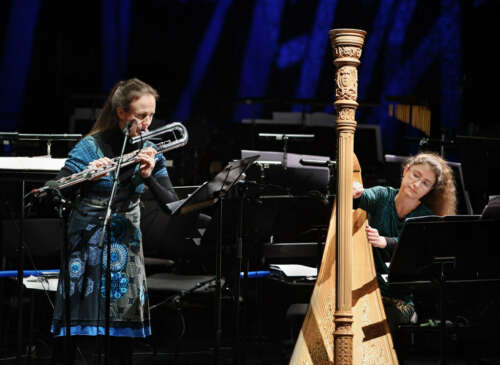 Night at the library

The Polytopia theme is also very much to the fore in the location-specific work created by one of the two composers-in-residence of the festival, Berlin-based Danish composer Simon Steen-Andersen, for the Central Library Oodi. In his output, composition meshes with performance art, sound art, video art and installations. He works with space, movement, materials and concrete elements. Steen-Andersen came to Helsinki in January to create a new work for his series Run Time Error. In this concept, which originated in 2009, the composer surveys the sound environments of various buildings and uses spaces as his instrument. The results are productions combining video and performance art, performed by the composer himself.

In the Run Time Error works, the composer collaborates with local musicians, and in this case the Helsinki-based contemporary music group defunensemble are involved.

“A couple of weeks ago, we went to Oodi after closing time and shot videos all over the building until 4.30 in the morning,” says Hanna Kinnunen, who plays flute with defunensemble. “We had no idea beforehand what we’d be doing! The composer and the cameraman ran around with mic and camera, and we lined up books like dominoes, blew golf balls across the floor and span around in swivel chairs.”

Steen-Andersen commended the unprejudiced attitudes of the musicians, who were keen to participate. The defunensemble musicians had no reservations about engaging in performance art for a work that actually required very little music-making of the conventional kind. “We did play some Sibelius in the snow falling outside!”

Kinnunen explains that the composer had been scouting the library with the cameraman for days, recording the sounds made by ventilation ducts and various surfaces. The audio-visual work crafted from this material will form a sort of aural map of the library. The concert to be streamed live from Oodi will include not only the Run Time Error performance but also chamber music by Steen-Andersen, Bart de Vrees and Michael Beil, performed by members of defunensemble.

Further aspects of the music of Steen-Andersen may be found in performances of the multimedia work Black Box Music by the Avanti! Chamber Orchestra and of his Piano Concerto by pianist Nicolas Hodges and the Helsinki Philharmonic. 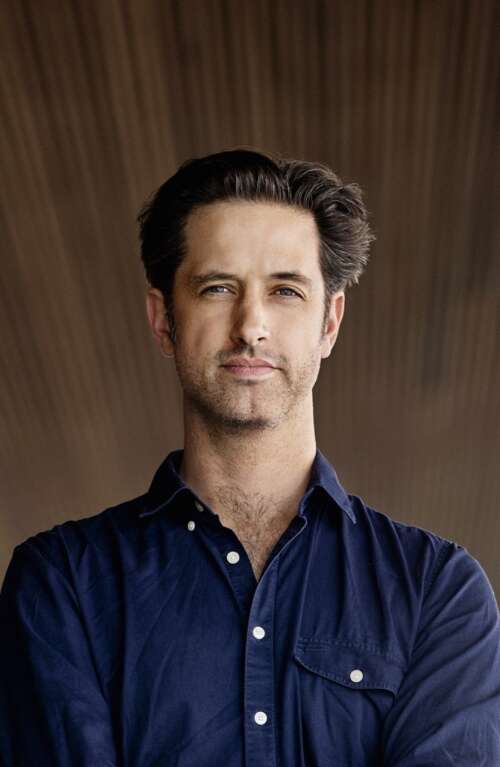 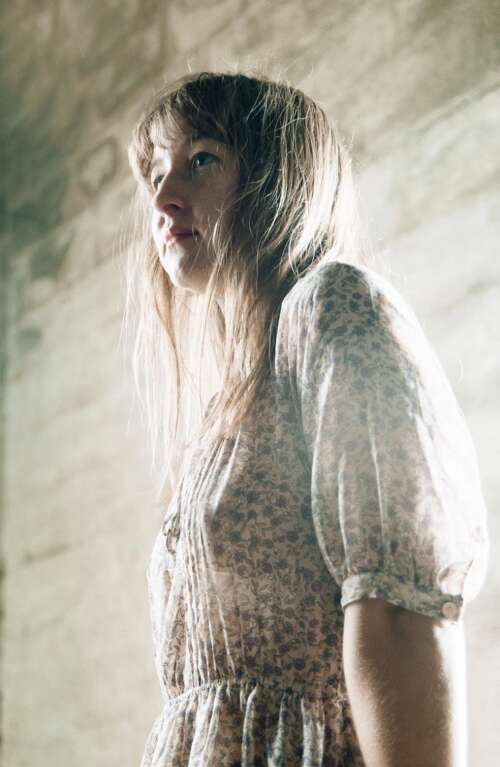 The other composer-in-residence at the festival is Lisa Streich from Sweden. She is also speaking at the symposium held in connection with the festival. Her orchestral music is performed by the Tapiola Sinfonietta, the Finnish Baroque Orchestra and the Finnish Radio Symphony Orchestra, and the Helsinki Chamber Choir features an electroacoustic work of hers on their programme.

Streich’s output is characterised by a subtle probing of corporeality and perception through complex concepts. For example, Augenlider [Eyelids] for guitar and orchestra, performed by the Finnish Radio Symphony Orchestra and guitarist Ismo Eskelinen, places the listener inside a quietly humming gigantic piano, the movements of the guitar representing a finger pressing piano keys.

Petteri Pitko, artistic director of the Finnish Baroque Orchestra, knew Streich by name, but it was a tip from Musica nova artistic director André de Ridder that led him to programme her work Händeküssen [Hand kisses] for Baroque orchestra. The Finnish Baroque Orchestra appeared at Musica nova two years ago, and they are again performing a programme of contemporary music written for period instruments.

“Streich’s music is all about exploring new sounds and often alienates instruments and musicians from the conventional sound world,” says Pitko, himself a harpsichord player. “For the orchestra, it is interesting to challenge our musicianship, because that inspires us to look at our core repertoire with fresh eyes too. It is important not to confine period instruments to just one area of repertoire; there is plenty of contemporary music written specifically for Baroque instruments.”

Pitko notes that Streich’s idiom seeks out fragile, quiet, slow and delicate sounds. Händeküssen is also very playful; for instance, the wind players are also called upon to play castanets and egg slicers. Pitko remarks that Streich’s musical world is particularly well suited for listening by radio. Although nothing can match a live performance, listening to the music through headphones can bring new perspectives to experiencing the world of sounds. 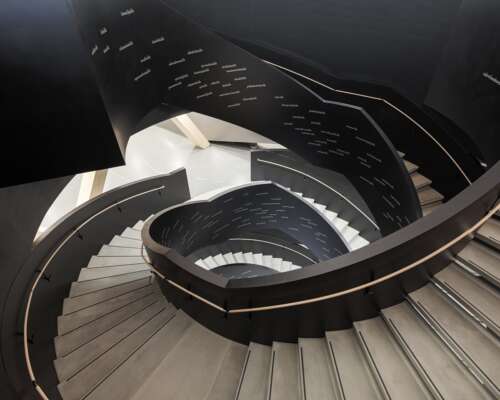 For up-to-date information, please visit the festival website or follow the festival on social media. The whole programme can be found here.