PREVIOUS ARTICLES FOLLOWING ARTICLES
Jean Sibelius Works is compiling a critical edition of the complete works of Sibelius, based on a variety of archival sources. The study is building a fascinating picture of the composer’s creative process while also challenging the traditional notion of what is a ‘work’.

It is like being a detective. There is no better way to describe the archival research undertaken by Jean Sibelius Works (JSW), the project to compile a critical edition of the complete works of Jean Sibelius.

Consider this: the sources for a single piece of music may range from melodic sketches and printer’s proofs to letters and diary entries, and some sources have to be chased around the world. They can be found just about anywhere, a case in point being an early version of the choral work Hail, O Moon – which was discovered on a sheep farm in 2015.

“We are putting together a puzzle. There are all kinds of pieces that we have to fit together to gain an impression of what the sources are and of their chronology and lineage,” summarises Professor Timo Virtanen, editor-in-chief of the project.

Virtanen joined JSW soon after it was launched in 1997. At the moment, the project employs six editors. The complete works are being published by Breitkopf & Härtel, the Sibelius Society of Finland and the Finnish National Library, which holds an extensive collection of manuscripts donated by the Sibelius family. But the source material is constantly growing, an example being the addition of material from the former archives of publishers Lienau obtained in 2020.

When Erik Tawaststjerna, Professor of Musicology at the University of Helsinki, completed his voluminous biography of Sibelius in 1988, notorious music critic Seppo Heikinheimo from the Helsingin Sanomat newspaper declared bluntly that the composer had now been picked clean. Anna Pulkkis, who has been editing piano and chamber music works for JSW, is familiar with the quip.

“Hasn’t everything already been said that there is to say about Sibelius? I get that a lot. The short answer is no,” says Pulkkis with amusement. “There is a lot still to study, details to fill in, information to update.”

Virtanen concurs: “I would say that only through this project are we beginning to understand what the sum total of Sibelius’s output really is.” 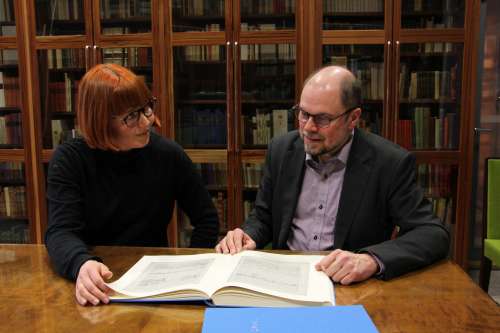 Research born of a wealth of material

The body of musical material that JSW draws on can be described in a word as huge. Sakari Ylivuori, who is editing Sibelius’s choral works, is all too aware of this.

“Editing choral works is no different from editing any other kind of music, except that the volume of material available is enormous. Choral works exist in separate voice parts and in numerous arrangements for various ensembles.”

One might imagine that the sheer magnitude of the task would make it remarkably difficult to create a critical edition. While that may be true in some cases, Ylivuori has a somewhat different angle:

“You can never comprehend the evolution of a work by looking at a single manuscript; you need a body of sources to do that. What is more relevant than a single source is the role of that source in the lineage of sources.”

In the archival research conducted by JSW, an individual composition comes to be understood as a puzzle to which multiple sources contribute rather than as a monolithic entity. The challenge with the material is that often there are gaps in the puzzle. It is particularly frustrating when a particular source is known to exist but no one knows where it is. Ylivuori provides an example with The Lover:

“[Choir conductor] Heikki Klemetti wrote in a letter to Sibelius that he had performed the work ‘with the alterations’. So we know that Sibelius requested changes to be made to the work, but because we haven’t found the copy of the score used by Klemetti, we don’t know what this refers to.”

Then there are cases where the location of a source is known but researchers do not have access to it. This may happen with private collections. With luck, a connection with the owner may be made, and a researcher may be able to take photos of the material, for instance. But having access to the manuscript itself is very different from just having a copy of it.

“Digital images and copies lose a surprising amount of important information,” Ylivuori explains. “For instance, you cannot distinguish the ink layers in the corrections made.”

Virtanen points out that Sibelius’s manuscripts are a national treasure in Finland. Storing the manuscripts appropriately is important.

“In private ownership, providing safe conditions for manuscript storage is often challenging. It is therefore important to ensure that these manuscripts are appropriately stored. Ideally, of course, we would like to see them here at the National Library,” says Virtanen with a smile. 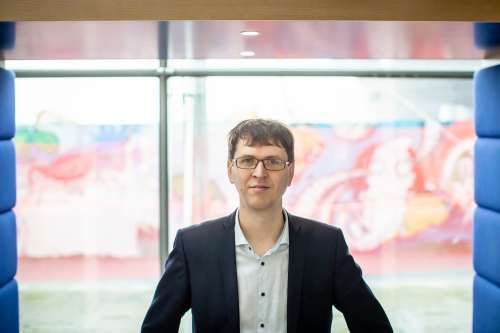 Sources tell the story of a life that was lived

What is the practical impact of comparing sources when editing a piece? Ylivuori gives an example of performance notes entered in the score by Sibelius when conducting a choir. The editor must consider carefully why the composer would have requested such changes.

“The acoustics of the space or the resources of the choir may have required a different dynamic or emphasis on a particular voice part. But it is also possible that Sibelius was making an actual revision to his composition. It’s often difficult to tell which is which.”

This example shows that the research undertaken by JSW extends far beyond the music on the page. Changes made are chased down by looking at letters, diaries, reviews and even such mundane things as receipts for payments made to copyists – anything, really, that has anything at all to do with the creative process, performances and reception of a particular work.

“Preparing the actual printed music and conducting background research are inseparable in editing,” Pulkkis explains. “They are not independent strands of inquiry, they are intermeshed. We do not accept the conclusions of earlier research as gospel; we always go back to the primary sources.”

This is also apparent in the publications. Although at the core of each volume is a critical edition of a musical work, the end product also contains a wealth of new research findings. For instance, the research documents the broader context for each source, i.e. the circumstances in which the work was created. Pulkkis hopes that the project will help dispel the time-honoured image of a composer compelled to write out masterpieces by a force of creativity.

“Sibelius wrote a lot of bread-and-butter pieces – which is exactly what a professional composer does! Composers do not have a moral obligation to create art for art’s sake.”

Virtanen estimates that JSW will comprise some 60 volumes when completed. The project is about halfway through, with 35 volumes published to date and several more in the pipeline. What is the status of JSW in the field of research and music editing in Finland?

“We’ve become a sort of Editor Central in Finland,” says Virtanen. “The know-how acquired in this project has been leveraged in other critical editions and in the operations of the Finnish Musical Heritage Society.”

“Breitkopf & Härtel is the first publisher in the world to begin publishing the complete works of individual composers,” Virtanen points out. “We value this tradition highly.”

Through the volumes published, the impact of JSW is not limited to academia.

“I am delighted by how often we receive queries from musicians about manuscript materials,” says Ylivuori. “Awareness of these materials has clearly increased in the musical community.”

“We are making Sibelius’s entire output available to musicians,” Pulkkis continues. “This includes genres that have previously been unjustly neglected.”

“Sibelius wrote: ‘It is as if God Almighty had thrown down pieces of a mosaic for heaven's floor and asked me to find out what was the original pattern.’ This, ultimately, is the best description I have read of his composition process.”

Writings by composers about their work are often used as entry points for interpreting their compositions and the genesis of those compositions. However, as Ylivuori points out, composers consciously construct an artist profile with their writings. He applies what is known as genetic editing in his work, questioning the finality of the completed work and focusing on the process rather than its end result. The reasoning here is that the creative process could have taken a different turn.

“This is an eye-opener. In many cases, the manuscript material reveals that the genesis of a work is completely different from what the composer claims. Indeed, the text-critical approach is more interested in everything but the composer’s own words.”

Sibelius, to take the matter at hand, endeavoured to create an impression of a logically progressing creative process. Yet, as Virtanen explains, his sketches and other archival sources reveal that this impression is completely false, at least as far as Sibelius’s extensive works are concerned: he typically jotted down fragmentary ideas and then began to consider how those ideas could fit together.

“The shape of any particular work did not begin to emerge until Sibelius had worked out which material could go into which piece. This is diametrically opposed to the notion of organically evolving a work out of a few thematic germs.”

Pulkkis names the Sonatina for violin and piano and the Sixth Symphony as examples:

“Material originally intended for the Sixth Symphony ended up in the Violin Sonatina – and the Sixth Symphony shares its origins with a second Violin Concerto that Sibelius never completed! Constant shifting between various alternatives was very typical of his creative thinking.”

Sibelius also had a habit of revising his works after the first performance, and in some cases even after publication. In the context of JSW, this raises the issue of how to define what is a ‘completed work’. Ylivuori points to the choral work Natus in curas, for which Sibelius wrote at least ten different endings. One of these ended up in the first printed version – but this choice was made by Sibelius at the last moment, being forced to meet a deadline. Can it therefore be justly regarded as the composer’s final word regarding the ending of the piece?

This brings us back to how important it is to understand the function of each source in the big picture. Virtanen considers that in this respect Sibelius himself explained it best:

“Sibelius wrote: ‘It is as if God Almighty had thrown down pieces of a mosaic for heaven's floor and asked me to find out what was the original pattern.’ This, ultimately, is the best description I have read of his composition process.”