One thing can be said with certainty: Kalle Kalima, born in Helsinki and now based in Berlin, plays the electric guitar. But a quick glance at his discography can lead to confusion, because the sheer volume of Kalima’s output – as a leader or collaborator – is overwhelming. Andreas Müller met Kalima in his home town, Berlin, to find out more.

Kalle Kalima’s discography contains dozens of albums, and the diversity of his projects is mind-boggling: we find him playing with the heavily amplified and sample supported solo project Pentasonic, exploring cinematic sounds with Klima Kalima, playing Afro-Beat with Jimi Tenor, re-imagining Americana on the album High Noon, re-inventing prog-rock with KUU!; and not least, crossing borders into the world of opera. So: who exactly is Kalle Kalima and why? To find answers, I am meeting him on one of the rare days that he is able to spend in his home town, Berlin.

Gorki Park, a Russian-themed café in the Prenzlauer Berg district seems a good choice, given that Kalima and his wife and two children have their home only slightly to the north. He has just come in from Trondheim, where he played with KUU!, a group with Jelena Kuljić, (vocals), Frank Möbus (guitar) and Christian Lillinger (drums), and finished mixes for a new album. His drink of choice today is camomile tea.

Kalle Kalima was born in Helsinki in 1973, and initially there was nothing to even suggest that he would become a professional musician 25 years later. Both his parents were lawyers, and Kalle almost went down the same path. But music proved stronger.

As a teenager in the 1980s, his musical preferences were rather retro: the Beatles, Pink Floyd and Jimi Hendrix.

“I was probably the only kid in eastern Helsinki who was listening to that kind of music,” he says and laughs. “The boys were into Iron Maiden and Twisted Sister, the girls listened to A-Ha and Michael Jackson. Those were the 1980s. Not the best time for interesting music. Well... the Police, U2, Prince... they were around, but I really liked the music of the 1960s and 1970s. And I was into prog rock too. Pretty uncool.”

Uncool then, maybe. But rather cool today, as bands like KUU!, Kuhn-Fu, Pranke or Edi Nulz are proudly channelling that almost buried and forgotten era in the history of rock.

In childhood, Kalle learned classical guitar and piano. But alongside classical in his musical world there was classic rock and guitar heavies such as Wes Montgomery, Freddie King and B.B. King. “I was always riding on different tracks, sucking up influences, mixing them as I wished,” he says.

Later, Kalima proved good enough to be accepted for the Sibelius Academy in Helsinki, where he studied with Raoul Björkenheim. “Raoul was a great teacher,” he says. “He helped me in finding my own sound. I was too much of a fan of John Scofield at the time.”

Kalima’s sound today is indeed distinct. His guitar often has a grim distortion reminiscent of the guitar players in Captain Beefheart’s Magic Band, a group of which Kalle is very fond.

“Raoul made it clear to me that this distorted rock sound offers so much more expression in jazz. This singing sound. I started to transcribe solos by Sonny Rollins, John Coltrane and Miles Davis and played them. I was fortunate to be able to play with Thomasz Stańko. I learned a lot from horn players. I love Jim Hall, but I don’t want to sound like him.”

Every guitar player will tell you that however much you use effect gear, most of the sound is generated by your fingers. In order to shape a perfect sound, Kalima had a custom-made instrument built for him by Frank Deimel. This unique guitar combines the qualities he enjoys in the Gibson Les Paul and the Fender Stratocaster.

Free experimenter with a healthy disregard for boundaries

In 1998, Kalle Kalima moved to Berlin to polish his craft at the Hochschule für Musik ‘Hanns Eisler’. At the time, the German capital was far from being the European hot spot for creative music that it is today, but it was home to some good musicians and teachers – and new opportunities.

“Finland has a great scene,” says Kalima, “but it’s a small country. Berlin felt like there were no boundaries.” He studied with John Schröder. “I learned a lot. John’s idea of teaching was getting together while he played the drums and I played guitar. I learned to fuse a rock sound with jazz improvisation. The scene expanded, and together with the multi-cultural vibe of this city it influenced me a great deal.”

Ignoring boundaries. Maybe that is what makes Kalle Kalima who he is.

“We are all influenced by US-American culture. Music, cinema. So it makes a lot of sense to play jazz. It is actually part of our own folklore. Yes, of course, I do a lot. But it is not for financial reasons. If I find something interesting, I’ll do it. I don´t want to limit myself. I see myself as an experimenter.”

As an experimenter, he is no stranger to bold departures. For instance, 15 years ago he collaborated with director David Marton on an adaptation of Mozart’s Don Giovanni. “I wouldn’t call it an opera,” he insists. “It was more of a musical play.”

Last year, David Marton approached Kalima with a new project for the festival ‘Vies et destins’ at the Opéra national de Lyon in France. The project involved a piece named Dido et Enee, Remembered, and it was rather challenging for Kalima. The set showed an archaeological dig where Jupiter and Juno are searching for remains of our civilisation, going deeper and deeper into the ancient sand. Kalima had to decide how to set this to music.

“I was asked to write an overture, four minutes of music that would finally blend into Purcell’s original score. So I had to find out what sand would sound like. And how would Purcell come out of the sand? The whole thing, 40 minutes of music for orchestra and choir, took me about a year to complete.”

After a bit of an argument with Chief Conductor Pierre Bleuse, everything turned out fine. Now, Dido et Enee, Remembered is booked for the distinguished Ruhr-Triennale in August and will be produced in Antwerp later.

When I ask Kalle Kalima whether there is anything that he has not done yet, he prefers to look forward: “I am working on a solo programme that is quite different from Pentasonic. Rather old-school, just a guitar and a few effects. With KUU!, we are working all over Europe while writing new material.”

And then there is Klima Kalima, Kalima’s most long lasting group, which celebrates its 20th anniversary this year. “We are working on songs dealing with the problems of space science!” And he is not kidding.

Whoever Kalle Kalima is and why he is what he is – the sky was never the limit, and now space is the place to be. 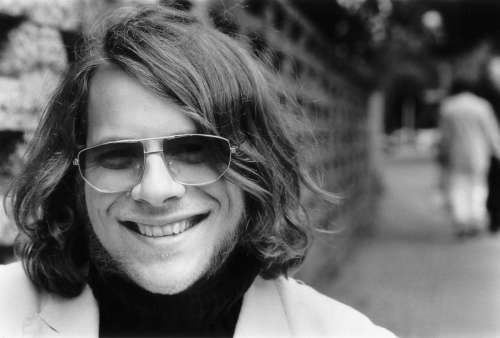