Seamlessly, keyboardist and composer Kari Ikonen spins a distinctive sound of his own that draws on music from around the world, grounded in US jazz and fusion of the ‘60s and ‘70s. On Moog synthesizer, acoustic or electric piano, he plays with ecstasy and a fascination with rhythm.

Wide-eyed spectators hang over balconies in Helsinki’s main bus station and shopping mall, transfixed by the sight and sound of a big band with synthesizer, playing at the height of rush hour.

Kari Ikonen looks up with a grin at the crowd surrounding him. He’s playing an intricate, ever-changing solo on a vintage Moog analogue synthesizer, backed by the UMO Jazz Orchestra. It’s the premiere of a new concerto written for him by composer Antti Auvinen as part of the Musica nova Helsinki festival.

What’s going on here? Jazz, contemporary classical or retro space music? Does it matter? Ikonen thrives on such puzzles.

The Auvinen piece is an intricate labyrinth of shifting, quirky time signatures such as 7/16 and 9/16, interspersed with brief spaces for improvisation on the idiosyncratic Moog. Ikonen sails through it, clearly enjoying the piece’s humour and virtuosic demands. This is the epitome of Ikonen: throwing himself into a new challenge, genres be damned.

That was equally true a few weeks earlier at Helsinki’s Koko Jazz Club, as the Kari Ikonen Trio flirted with eccentric ragtime, boogie-woogie and Thelonious Monk on “L’avant-midi d’une elfe” before soaring ecstatically into a sphere all its own. “Pripyat,” named for a Ukrainian village near Chernobyl, started at a sprightly, tango-like pace before slowing to near-collapse, then flowing with unabashedly romantic flourishes towards the end.

“We take risks every night,” says Ikonen. “One member starts to play in a totally different way and the others have to react. That keeps the music alive. Playing it the same each night would kill the band. It’s important to challenge ourselves and try new things spontaneously.”

That applies to Ikonen’s entire career, which includes composing for orchestras, ensembles and stage productions, as well as teaching at several music academies. 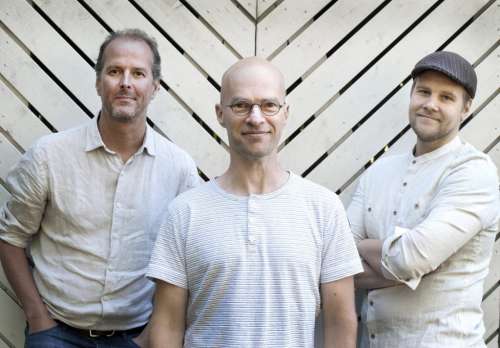 Kari Ikonen is best known for his jazz trio, which has released two acclaimed albums since 2013 and toured in Europe, Asia and the US. Ikonen and his subtle drummer Markku Ounaskari long teamed with Armenian bass player Ara Yaralyan, before teaming up last year with young Finnish stand-up bassist Olli Rantala.

The Kari Ikonen Trio explores rhythms and melodies from African, Middle Eastern and Turkish music, and reinterprets Bollywood and John Coltrane songs. Live, any of these can be a springboard to surprising improvisation.

Besides the trio, Ikonen also plays in half a dozen other groups and projects at any time. These now include duos with US drum legend Bob Moses and French ECM clarinettist Louis Sclavis – both featured on the album Ikonostasis, due out in April. Also this spring, Ikonen is playing with Ajaton, which features singer Mia Simanainen and the curious combination of viola da gamba (Mikko Perkola), bandoneón (Henrik Sandås) and synthesizer.

He is touring Europe with his own trio and with Orchestra Nazionale della Luna – which despite its name includes no Italians, but rather Belgians and a Frenchman. Ikonen describes the music as “jazz and free improvisation with some world-ethnic things; a lot of rhythm and spontaneity…great fun!”

Later in the spring, Ikonen is in California, playing with locals such as bassist Jeff Denson. This past winter the two poignantly backed saxophone legend Lee Konitz, 89, on his European tour. In June, Ikonen returns to the US for shows in New York and Washington. 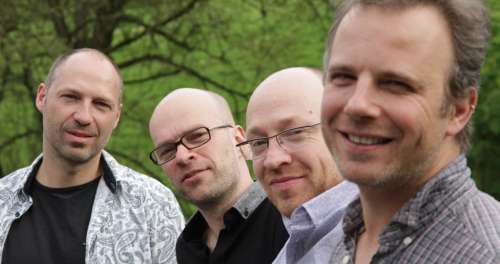 Metal to fusion, Coltrane and salsa

Ikonen, 43, is one of many top Finnish jazz and classical musicians from Jyväskylä, though the start of his career was inauspicious. When he was around 10, his teenage brother asked him to play electric organ in his band, which covered hits by metal bands such as Deep Purple, Rainbow and Whitesnake.

Soon his brother was introducing him to jazz fusion by the Brecker Brothers and Chick Corea – as well as Weather Report, who remain a favourite more than three decades later.

At the Jyväskylä Institute of Music, Ikonen was inspired by jazz pianist Matti Laukkanen.

“He’s a very good teacher because he doesn’t teach. He just gave me some cassettes and asked me to transcribe the solos – then to tell him what was going on and why,” he recalls. “That’s the only way to learn music: directly from the music itself.”

The first piece was Ikonen’s own choice: Corea’s “Spain” from the second Return to Forever album. Later, he studied other pianists such as Kenny Barron, Keith Jarrett, Herbie Hancock, George Cables and John Taylor.

Drawing on all of these as well as saxophonist Coltrane, teenage Ikonen began to find his own voice. Soon, that voice began to absorb elements of other musics, too.

While still a teenager, he played in a salsa band, which he describes as “great fun and good exercise for the fingers. That still has an influence on my playing because I play quite loud, with a lot of power, sometimes too much!” Soon he was also delving into music from many continents.

“An urge to move forward”

By the late 1990s, between stints at the Rotterdam Conservatory and the Sibelius Academy, he was playing in the Helsinki free-jazz outfit Gnomus with drummer Mika Kallio, still a frequent collaborator.

In 2005, Ikonen spent time at Villa Karo, the Finnish-African Cultural Centre in Benin, where he met Noël Saïzonou, a local singer, percussionist and saxophonist. They were soon playing together in Helsinki with saxophonist Eero Koivistoinen and guitarist Petri Kautto. The latter joined Saïzonou and Ikonen in Trio Toffa, a quirky blend of Afrobeat, jazz and pop, with Ikonen on the Moog. They released their first album last autumn.

“Trio Toffa is very different from my own trio, but rhythmically maybe there’s something similar: an urge to move forward, a rhythmic flow,” suggests the keyboardist.

“Playing African music has definitely carried over to my own trio, rhythmically and maybe some melodic things as well. Rhythm is important to me. Even if it’s free improvisation, I still like to bring in some pulse and rhythmic patterns,” he says. “Even if it’s rubato, I still want to make it swing in some weird way.”