There is a clinic at the Music Centre in Helsinki where anything up to a dozen physicians and other health care professionals may be found treating one patient. Multi-discipline collaboration is leveraged to address the most difficult ailments at the Musicians’ Clinic.

A musician’s work is in a class of its own. It is physically demanding in multiple ways: a musician must have extremely precise fine motor skills, coordination and hearing, and unergonomic or heavy instruments, repeated motions and high noise levels take their toll on the body. The mental demands are also considerable: the work is both very lonely and very social, workplace communities and working hours are untypical, competition is stiff and the work ethic is off the charts.

A musician may find it difficult to take sick leave in the face of immense motivation – or pressure – to continue working. No wonder, then, that the health problems that musicians face are often complex clusters of issues.

Such clusters are tackled at the Musicians’ Clinic at the Music Centre in Helsinki. It has been in operation since 2012, and recently the concept has also been introduced in Turku and Tampere. Yet many people have never even heard of it.

A dozen physicians to one patient

“We are at our best when people don’t hear of us,” says Miikka Peltomaa, an ear, nose and throat specialist and the brains behind the Musicians’ Clinic. “Our purpose is to work in the background, keeping musicians healthy, although of course that’s not always as simple as it sounds.” Be that as it may, Peltomaa and his colleagues have a commendable track record, as witness the aforementioned expansion of operations and the merit awards they have received – not to speak of the numerous grateful musicians cared for.

Collaboration among physicians and other health care professionals is at the core of the Musicians’ Clinic. Peltomaa describes the concept as a hive mind and a consultation platform. “Especially if someone has chronic and complicated issues, it is worthwhile looking at the case with multiple pairs of eyes instead of just a single clinician.” 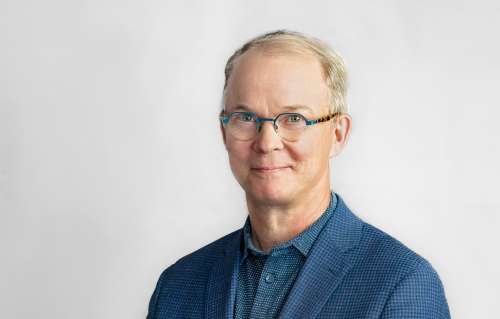 At the Musicians’ Clinic, there may be anything up to a dozen physicians or other health care professionals on a patient’s case at any given time. “The team includes specialists in occupational medicine, internal medicine, rehabilitation medicine, neurology, rheumatology, orthopaedics and traumatology, hand surgery, ophthalmology, otolaryngology, psychiatry and general practice, and also a physiotherapist and a psychologist.”

The actual team roster depends on the case at hand and the health care professionals’ schedules, but the underlying principle is that each case is considered from multiple expert perspectives. The patients given this treatment are instrumentalists and singers with difficult and complex health problems; those with limited or straightforward health issues are dealt with by the relevant specialists at their individual surgeries.

The reward is professional improvement

At the Musicians’ Clinic, a patient usually first meets one team member – generally Peltomaa himself or music physiotherapist Katarina Porander – who evaluates the problem and reviews the examinations already performed and treatments already given, if any. This first contact then presents the patient and the case to the team for questions and feedback. “In many cases, the questions that people ask lead to discoveries that may be at the very heart of the matter, except that no one had thought to ask those questions before,” says Peltomaa.

Peltomaa tells a story about an orchestral musician (let’s call this person Ex) who could not bounce back from the physical strain of the job: Ex had chronic muscle tension and pain. The problem had been examined and considered for years, but no one had thought to ask how Ex was sleeping. A sleep examination was undertaken at the recommendation of the team at the Musicians’ Clinic, and despite not having a feeling of chronic fatigue Ex was diagnosed with severe sleep apnea. “The majority of physical recovery, 90%, occurs during good-quality sleep,” says Peltomaa. “When the sleep apnea was treated and the musician was sleeping better again, the pain disappeared.”

“In many cases, the questions that people ask lead to discoveries that may be at the very heart of the matter, except that no one had thought to ask those questions before.”

The discussions at the Musicians’ Clinic are written up in a summary and recommendations, often with referrals to examinations or treatment in public-sector health care. The musician’s own physician retains responsibility for the musician’s treatment, but the collaborative approach is effective at getting to the bottom of the matter and getting the patient to the right treatment more quickly.

The Musicians’ Clinic operates at a low volume, only two patients once a month, it would be impossible to keep it going if the physicians and therapists did not have a genuine interest in participating. Incredibly, the Musicians’ Clinic is a volunteer project, for which no one is paid anything. “We don’t feel like we’re doing charity work, far from it!” says Peltomaa. “The collaboration in itself is highly interesting and professionally rewarding. We’re all learning a lot. None of the colleagues I’ve asked to join us have refused.”

Miikka Peltomaa has been an active choral singer since childhood and has been interested in the health of musicians and singers for nearly as long. Having been a member of the Savonlinna Opera Festival Choir and the Festival’s house physician for many years, he began to organise a music medicine symposium at the Festival in 1997. The symposium attracted considerable interest and led to the establishing of the Finnish Musicians’ Medicine Association a few years later. The Association set up a training programme leading to a specialist qualification in music medicine, unique even in the international context.

There was a demand for specialists in music medicine. As Peltomaa explains, musicians have their own peculiar health problems that are not discussed very much at all in basic medical training. As a drastic generalisation of an average patient, Peltomaa describes an orchestral string player with multiple musculoskeletal disorders, sometimes complicated by nerve compression and joint degeneration. These physical problems easily foster depression and anxiety and otherwise compromise wellbeing. Hearing problems and sleeping problems are also typical for musicians.

Peltomaa has treated many singers and wind players. He uses the collaboration principle in his own practice as well, often consulting Erja Joukamo-Ampuja, senior lecturer of horn at the Sibelius Academy. “Brass players often present with problems that combine a medical issue with an issue of instrument technique or, say, the pacing of practice. Working together, Erja and I can form a comprehensive idea of the musician’s health situation,” says Peltomaa.

Collaboration is obviously the number one thing for Peltomaa, and at the Musicians’ Clinic this has been taken to an unprecedented level.