The contemporary music scene is striving for inclusion more fervently than ever. That is, at least if you count the numerous initiatives to achieve gender balance on the scene: GRINM (the working group "Gender Relations in Darmstadt/New Music"), launched by Georgina Born, Konstmusiksystrar in Sweden, and the affirmative action taken by Nordic Music Days (NMD) and Ung Nordisk Musik (UNM).

But in contemporary music, the focus is not only on gender distribution but also on diversity in a broader sense. Cultural appropriation is also an emerging topic of concern. In using sound material obtained from oppressed peoples, there is a fine but crucial line between cultural exchange and a careless flaunting of an access-all-areas card, as it were.

Towards a new ideal – the case of NMD

Gudny Gudmundsdottir, artistic director of the Nordic Music Days 2016 in Reykjavik, curated the festival to observe a 50–50 gender balance. “We live in a world of personal networks,” she says. “It’s hard to get in and easy to fall out, which makes the position of under-represented social-groups – such as women – even more precarious.”

Gudmundsdottir sees the NMD as a platform for professional development, an opportunity to engage in dialogue with other disciplines and form links to different social groups. The festival features composers from each of the Nordic countries and regions. It is representative. “But the question is: [representative] of what? Should it represent/reflect the reality of Nordic composers’ societies, with a 20/80 or even a 10/90 gender ratio, or should it show the ideal?” Gudmundsdottir asks.

Moreover, according to Gudmundsdottir, on the popular music scene music often caters to specific social groups: men, women or transgender people of different ages. On the contemporary music scene, by contrast, music is never identified as being stereotypically male or female.

“We need to be aware of the responsibility in every choice we make, and to understand that with every decision we are building role models for the future,”

“Nor should it,” says Gudmundsdottir. Nonetheless, she presents a thought experiment: would festivals and concert series look different if there were more women curating them? Would that be a long overdue nod to "the other half" of the audience? We are judged by our gender in our everyday lives, so wouldn’t it make sense to open a discussion on how gender plays a role in composition or concert programming?

Gudmundsdottir claims that the 50–50 gender split at the Reykjavik festival happened of its own accord, as a result of a decision to pay particularly close attention to works by female composers.

Female composers still remain often all too invisible to us: it requires an effort to see beyond the male composers whom we are brought up to regard as representative of the field. “We need to be aware of the responsibility in every choice we make, and to understand that with every decision we are building role models for the future,” Gudmundsdottir points out.

Martin Q Larsson’s team for NMD London 2017 continued Gudmundsdottir’s work in addressing gender balance, aiming likewise at a 50–50 split. In practice, the gender ratio ended up being closer to 40/60, mostly due to ensembles being invited to curate their own concerts. The festival strongly featured genres often under-represented, such as sound art, and focused on audience outreach work. All in all, London’s festival set a culture policy standard for the future NMD events. 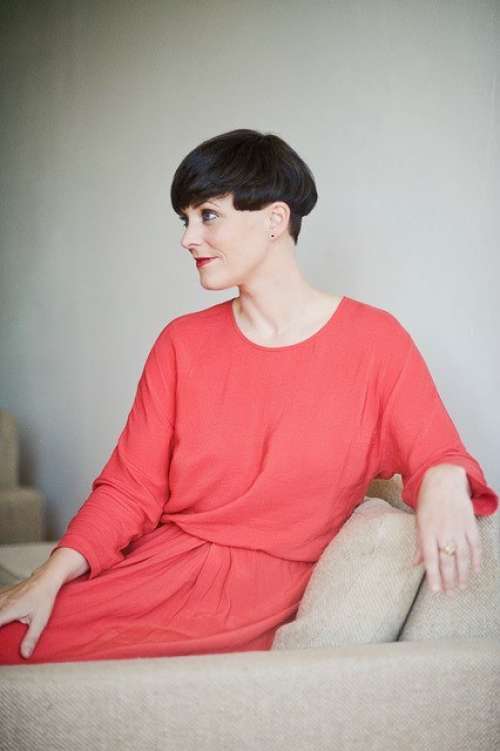 Outspoken youth – the case of UNM

Konstmusiksystrar ("Art Music Sisters", a network for non-male composers and art musicians) was started by UNM actives in Sweden to address a specific problem – a shortage of female composers in concert programming. Their work in promoting and supporting young female-identifying and transgender composers achieved immediate results. Apart from increasing the Swedish female participants at UNM from none in 2013 to six in Helsinki in 2015, they engaged both UNM and NMD in a discussion on gender issues.

An initiative to create a space for even younger professional-aspiring female composers – a composition course for girls – was started by Rune Rebne in Oslo. Another one will shortly follow in Bergen, and possibly in Helsinki too.

Another example of a concrete measure is that Ung Nordisk Musik are implementing a gender quota for subsequent festivals as a temporary means for pulling the scene into balance. Half of the participating composers and sound artists will be male-identifying and half will be female-identifying or transgender.

The course of events that led to this decision at UNM is rooted in the long history of imbalance in the intake of female composers as students or staff at conservatories, their being featured at festivals or in concert series, or their being invited to sit on juries. For UNM, the imbalance culminated at the festival in Oslo in 2013: out of 35 composers, only 2 were non-male. This was, of course, an accident. But to quote Gudmundsdottir: “Accidents like this happen when festival directors don’t address the gender issue. When they happen too often, one wonders whether there might be a structural problem behind it.”

These accidents are debilitating for the entire scene. A lack of female or transgender professionals – an absence of role models – hinders the entry of their younger counterparts onto the scene. 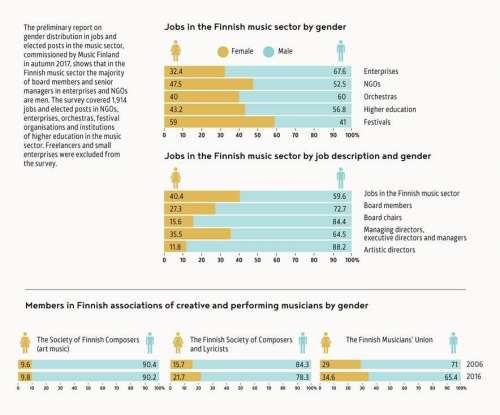 Gender equality is not the only issue that is far from resolved in the music industry in the Nordic countries. In order for true equality to be achieved, diversity needs to be given more attention and weight.

In Norway, an association of more than 50 organisations, labels, festivals and other arts and culture institutions named Balansekunst (The Art of Balance) engages in promoting gender equality and diversity in the music industry and the arts. And in a workshop at the Musiikki & Media (Music & Media) event in Tampere in autumn 2017, a project was launched to get the Finnish music industry to commit widely to the principles of equality and diversity and to promote them actively.

However, we should also remember that diversity can be imported into the repertoire and into individual works by a variety of means, some of which are more feasible than others.

Andrew Mellor wrote about the NMD festival in London in 2017 in FMQ. I would like to add an observation about the programme. Sámi yoik singing was highlighted at the festival by way of a workshop given by yoik singers Jörgen Stenberg and Cecilia Persson and, more problematically, in two vocal works by Swedish composers. In the Steppes of Sápmi by Ansgar Beste and Várije by Madeleine Isaksson tread a fine line between cultural exchange and cultural appropriation: the former uses Sámi yoik tunes as objects in the public domain, while the latter creates a platform that brings together children from various cultural backgrounds. These works form a good example of two very different approaches in being sensitive to the balance of powers at play when we trespass in the territory of any minority peoples.

The article is based on interviews with NMD artistic directors Gudny Gudmundsdottir and Martin Q Larsson and with composers Ansgar Beste and Madeleine Isaksson.