"Teddy’s West Coasters’ Volume 2, like its predecessor, pays homage to the West Coast Cool of the 1950s American jazz scene, an era which has clearly captured the imagination of bandleader/composer/arranger Teppo Mäkynen."

Teddy’s West Coasters’ Volume 2, like its predecessor, pays homage to the West Coast Cool of the 1950s American jazz scene, an era which has clearly captured the imagination of bandleader/composer/arranger Teppo Mäkynen.

The album opens with the suitably restrained The Mood is Mellow, which charms with breathy solos from Jukka Eskola (trumpet) and Jukka Perko (clarinet). This cool restraint is maintained until the brass-driven crescendos of Saviour which, in turn, prepare the way for the irresistible groove of Out of this World – a product of Mäkynen’s driving kit work, Antti Lötjönen’s pulsing bass line and Kasperi Sarikoski’s insistent cowbell pattern.

However, the closing minutes of the track return the album to cooler territory, just in time for the laidback, finger snap-inducing Culver Loop (part 2), which includes some fantastic saxophone work from Ville Vannemaa. The album returns to up-tempo territory on Neutra, which provides Mäkynen with the opportunity to lay down the kind of driving, swinging performance that has made him an audience favourite.

By the album’s end, Teddy’s West Coasters have established beyond a doubt that Nordic Cool can generate heat just as well as its distant American relative. 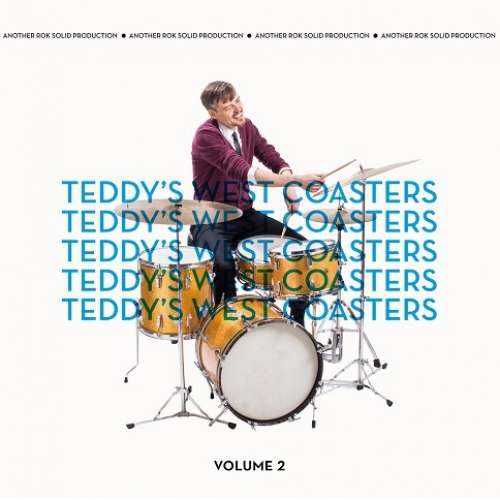 TEDDY’S WEST COASTERS: Volume 2
KHY Suomen Musiikki KHYCD070
In order to continue improving FMQ, we kindly ask you to take part in our reader survey. It takes about 5 minutes to complete, and participants can take part in a prize draw for two pairs of dark grey Genelec 8010AP speakers. FMQ reader survey