Nordic Music Days has a hard time staying open, questioning and relevant when only Nordic folk are invited and the rest of the world is in awe of us. But the Helsinki edition gave it a good shot.

"Nationalism, that hobby-horse of small and mediocre minds, played a greater part than ever." So ranted one critic after the 1927 edition of the Nordic Music Days in Stockholm. Plus ça change. The day after the 2018 event’s last notes had sounded in Helsinki, Emmanuel Macron made a speech denouncing nationalism to mark the centenary of the 1918 armistice, a reminder that the concept has currency once more.

But does musical nationalism still exist, and is the Nordic Music Days in danger of fuelling it? This is a festival designed to cross-pollinate art music from one very small and partially unified corner of the world, a corner in which such music receives greater state support than anywhere else and even plays an active part in soft-power foreign policy agendas. It is frequently and purposefully marketed as "Nordic".

As composers are an inclusive and broad minded bunch, these days the Nordic Music Days tends to come with an international concession – a sort of ingratiating apology for the rampant success of Nordic as a global cultural export. Last year, it was to do the whole festival in Britain. This year, it was to include music by the Scottish composer Helen Grime.

"The thing with British music," one Finnish composer said to me on Friday night, after the performance of Grime’s Clarinet Concerto, "is that it lacks any sense of invention, freedom or relaxation." Just to be sure I’d heard him right, I asked him again later that evening: what was it you said British music lacks? "Invention, freedom and relaxation." Right then. Knowing the composer in question, and having studied Nordic folk for some years, I feel sure it was meant as a deadpan, cryptic compliment. Partly, anyway.

But it was also, by implication, a comment in praise of Nordic music. I enjoyed Grime’s atmospheric and crystalline concerto, heard in a compelling performance from Lauri Sallinen and the Avanti! Chamber Orchestra conducted by Anna-Maria Helsing. But hearing Grime’s music in Helsinki only focused the mind on the treacherous but irresistible business of pinpointing Nordic characteristics in everything else. Grime’s works, in other words, served as the experimental control. 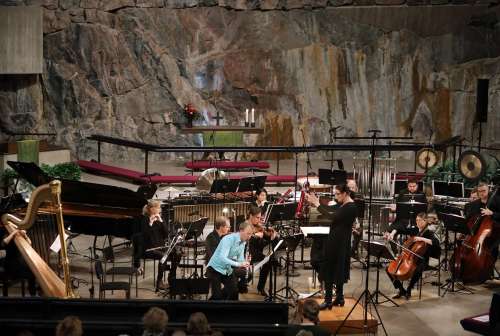 Yes, yes: such a process is small-minded, conceited and baseless. But it’s also illuminating and it’s also necessary, given the hard-truths of geographical proximity, societal similarity and the fact that Nordic composers exchange ideas with each other more than any other distinct group of artists on earth (thanks, since 1888, to the Nordic Music Days and now the Young Nordic Music Days).

The 2018 festival’s Artistic Director Osmo Tapio Räihälä pushed members of a panel discussion on Friday afternoon to cite distinguishing features in Nordic music. Various themes emerged including some classics: distilled voices resulting from patience, time and space; a certain air of self-confidence that might come from empowerment through stable funding. A tendency to depressive darkness was another.

Of course, Nordic folk are continuously rated the happiest in the world because they are comfortable expressing dark things and going to dark places (literally and philosophically). Plenty of Nordic music does that and plenty of it is born, consciously or otherwise, of the natural weather phenomena we experience more sharply up here (plenty isn’t). But all the talk of how music from the north sounds could obscure the potentially more revealing and diversifying question of how it looks – how it is designed and built, on the page or on the screen. After all, the natural world can be a technical influence as well as aesthetic inspiration.

A willingness to let nature take its course in the construction of music – which might require a certain amount of the patience and support discussed above – was a theme across the four days of the festival in both performance and discussion. First and foremost, the principle of nature as a technical touchstone is wrapped up in ideas about how music might grow out of itself, a trope in Nordic music, art, literature and design for well over a century. 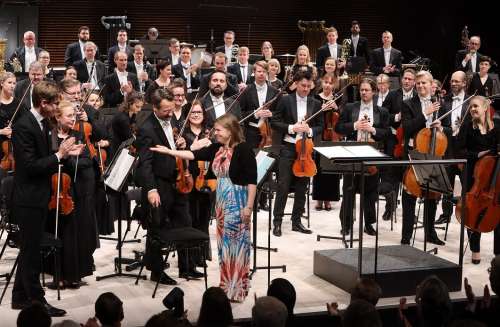 You could hear a particular realization of that process in the first notes played at the festival, those of Britta Byström’s orchestral work Segelnde Stadt in which rhythmic manipulation teased the music out of itself like a changing riverbed alters the speed, churn and density of the water it carries (what Sibelius showed us). Something similar was there in Bjørn Bolstad Skjelbred’s Wave-Chains, which took the process a step further by ragging the beat so that the music throbbed and phased against itself as it unfurled; nature in all its kinetic and transformative imperfection.

There was a purified version of both those ideas in the simple rhythmic layering of Kaj Duncan David’s Relay for electronics and three light bulbs, where the rhythm is the structure and is never more organic than when dividing and therefore multiplying. Considering material or motivic evolution (rather than rhythmic manipulation), we heard a fertile example in Maija Hynninen’s Freedom From Fear – before it got cluttered with political sound bites. There is nothing more cyclic and organic than having your own notes come back at you distorted, the fate of Anni Haapaniemi’s oboe in Hynninen’s piece.

Those ideas hint at improvisation – in-the-moment, sympathetic musical reaction leading to seismic change – which is what some godfathers of a distinctive Nordic sound held as an ideal (its roots in the pioneering Nordic democracies, perhaps?), in contrast to the Germanic idea of a single, individual victory through opposition and argument. We heard the purest manifestation of that in two giant slabs of free improvisation from the four members of Liberty Ship (Esa Pietilä, Olavi Louhivuori, Håvard Wiik, Torbjörn Zetterberg), who dug-deep, simmered and boiled over together in intuition and whose inevitable silences throbbed as much as their most urgent grooves. Nordic people are often described as a reticent folk and to some extent they are; as in Iceland’s sagas and Ingmar Bergman’s films, it only makes the occasional emotional outbursts more affecting.

Nordic countries do silence better than anyone, over dinner and in works of art.

Degrees of silence (yes, there are such things) are vital. Nordic countries do silence better than anyone, over dinner and in works of art. Anna Thorvaldsdottir’s Shades of Silence is arguably more notable for the way it disappears than for the way it sounds. But it did sound delectable from Zagros Ensemble: instruments speaking out of their back ends, strings muttering in anti-pizzicatos (the tone produced by the finger lifting off the metal) and the discovery of a single, unified and engrossing colour of infinite shades.

"Nature tells you that brown is never just brown," Thorvaldsdottir once said, a comment that hints at the spectralist idea that form can be dictated by function or even feeling, itself explored by at least one pioneering Finnish composer active a century ago. Joachim Sandgren’s objets saisis for bass clarinet and four-channel tape ostensibly "mixed the two worlds" of those media but in reality gave us music of one colour yet infinite variety. Perhaps it was a deep brown, or maybe even the thick grey of the mist that was hanging over Helsinki when many of us arrived on Wednesday. Either way, like the mist, it told us that the more you look the more you feel the weight of what’s concealed and hidden, and that that’s an invigorating feeling in itself. 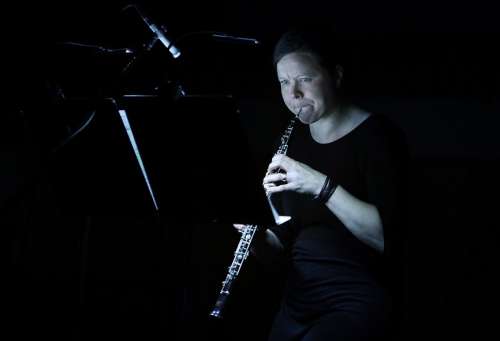 That same talkative Finnish composer suggested to me that, these days, only Icelanders can be surely identified through their music alone. It’s unfashionable to add fuel to that fire but I would say some Danes can too, from the functionalism and organization that is a national aesthetic in everything from signage to novels and certainly extends to a lot of music. Again, it’s not always about the way it sounds on top; the jazz hands of Lars Klit’s deluxe and exuberant Furui Obakeyashi could obscure the efficiency of the work’s construction, but either way it was a joy to hear (and especially in its darker moments).

Many knew in advance that Christian Winther Christensen’s Four Hyper Realistic Songs would be very quiet and very entertaining (it was one of the only works at the festival to prompt an easing of muscles and the odd laugh, two more being Magnus Bunnskog’s charming Traum and Fredrik Gran’s ingenious Vox Terminus). But with Christensen’s music, the craft inside the model-village joke book sharpens and sharpens – his sophisticated harmonies like buried treasure; his scoring calligraphic and delectable. All buttoned up, when the works burst momentarily out into something approaching a yelp, the feeling is one of tantalizing, momentary release.

At the panel discussion, conductor John Storgårds stated that he admired Iceland and Denmark for their tendency to look outwards more. When the whole idea of "unity through diversity" that is often appended to these festivals smells like apologetic bullshit, the fact that these two places arguably have the strongest traces of a national style that cuts through individual expression means we can, perhaps, talk about unity after all. Focusing on some of the same objectives doesn’t mean the music has to sound the same or even similar. Sure, Per Nørgård might not ‘sound’ Danish (what does that mean? Direct? Ironic? Like a mouth-full of potatoes?) but the music is as functional and unified as an Arne Jacobsen Gesamtkunstwerk.

Another example: Anna Thorvaldsdottir and Daníel Bjarnason don’t sound the same, but both write music that seems controlled by some sense of a heaving gravitational pull strong enough to bend a note into micro-tonality (one common feature, and it was evident in Bjarnason’s beautiful Over Light Earth). Likewise, we often feel the existence of broad, flat horizons in works by Finnish composers from Jean Sibelius to Magnus Lindberg that, too, sound unlike one another and reflect different worlds. Add to that Sebastian Fagerlund, a Finn who tends to load his pedal notes to the point of bending them micro-tonally. 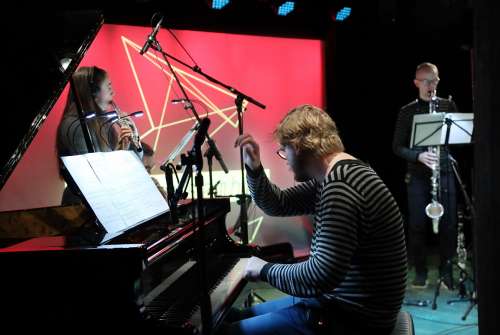 Are these things and more what makes Nordic music sound "free and relaxed" to the composer I spoke to? Perhaps.

But his observation might also lead to the thought that the particular sort of jittery, vulnerable, thrillingly uneven tension in Helen Grime’s Clarinet Concerto is something not frequently heard in the established canon of Nordic music right up to those five composers mentioned in the previous paragraph. That doesn’t render it any more inventive. It may have implications for "freedom" and "relaxation" but neither of those things make the music any less beautiful.

Which might be a roundabout way of saying that yes, you can castigate journalists, marketers or even festivals for claiming that music from the Nordic countries is a single entity, but it’s incumbent on some of us to put that music in context – which might well mean tracing common features and recognizing when national habits and principles have found their way into works of art. That’s not nationalistic – it isn’t even patriotic – and nor does it mean Jimmy López’s rampant set of Latino symphonic dances Perú Negro have any less place in the Nordic Music Days than Rautavaara’s Towards the Horizon. That the festival included both only furthers our understanding of each.

Watch defunensemble's concert on 8 November as a 360 degree video here.