The earthy tones of Pepa Päivinen’s saxophone are a cornerstone of Finnish jazz. To date [2003], the man has released three albums as a leader and made himself a name through various projects of differing sizes. He has performed for twenty years in the ranks of the UMO Jazz Orchestra and worked along the way with bandleaders like Jukka Tolonen, Edward Vesala and Anthony Braxton.

“The fact that I'm playing a multitude of woodwinds is actually very good practice. When I’m doing some exercises on, say, the bass sax, I often unconsciously also work on areas adaptable to the tenor or baritone. And I do feel quite strongly that you can never say your sound is perfect and needs no further adjustment. So I’m still searching,” states our tall, bearded man. In this, he acts like the archetypal Finn asked to comment upon his own art: modest and down-to-earth. But this particular saxophonist/composer has achieved much more than most of his contemporaries. He has led his own groups ever since the 1980s, served under bandleaders such as Edward Vesala and Anthony Braxton, and made himself a name as a flexible sessioneer. He was the 1984 recipient of the Pekka Pöyry Award and the 2000 Georgie Award [the most prestigious prize for Finnish jazz musicians]. He is Pertti “Pepa” Päivinen, one of the most thrilling reedsmen Finland has ever produced.

Pertti Päivinen was born in 1955 to parents of Karelian descent in Vantaa, a stately satellite of our capital, Helsinki. His earliest music-related memoirs are of tackling top 40 hits together with the girl next door. The kids even had a designated “singing tree” on the Päivinen property where they would climb and belt out Laila Kinnunen schlagers and other radio hits of the early 1960s.

Päivinen commenced studying the flute at age twelve at the Vantaa Music Institute. Like a benevolent omen of things to unfold, his very first teacher happened to be Seppo “Baron” Paakkunainen, a renowned woodwind explorer. He was also a multi-instrumentalist well versed in a variety of flutes, clarinets and saxophones and in this way a fitting role model for Päivinen, who nowadays [2003] expresses himself on a wide range of woodwinds. The apprentice recalls his master warmly, and goes on to reveal who was his original saxophone teacher at the age of fourteen.

“I did indeed have the privilege to have Paakkunainen as my first flute teacher and then the equally legendary Juhani Aaltonen as my first saxophone teacher. Aside from being gigantic as musical influences, I rate them both highly as pedagogues as well. Junnu, especially, drove me relentlessly towards the search for my own tone. Overall, he had a very philosophical outlook towards music and teaching.”

At the time, Päivinen’s appetite for saxophonists also included the likes of Jan Garbarek, Tomasz Szukalski and Pharoah Sanders. Through paying close attention to his tutors’ words and immersing himself in recorded music, the reedsman would go on to develop a deep spiritual understanding of the melancholy mentality of the North.

Päivinen commenced his musical odyssey as a professional in the early 1970s. Through joining the Jukka Tolonen Band, he got his first chance to perform extensively in Scandinavia and continental Europe. During Päivinen’s tenure, the legendary guitarist was moving from jazzrock to the more straight-ahead stylings of jazzfunk.

“I had already played in numerous dance bands. But, like every young man, I also felt the pull of rock and funk. So getting the Tolonen gig was very important. As regards rock music, I actually took an interesting trip down memory lane last year when Jethro Tull came to perform at the Hall of Culture in Helsinki. You see ... (laughter) I first saw the group at the same venue in 1968!”

After the Tolonen ensemble had recorded the album Just Those Boys in 1980, Päivinen had to leave the group. But he felt there was no turning back. He was now – for better or worse – a professional musician. This meant woodshedding and taking part in projects and recording sessions that were not always as desirable as they might have been. However, Päivinen cultivated a healthy attitude towards the everyday chores of a working musician.

“If I decide to say yes, I know I have to commit myself to the project on hand with 100 % conviction. Because it just wouldn’t be fair either to myself or to the people who hire me if I were to do things half-heartedly. But nowadays bandleaders and producers seem to have a pretty good idea of my strengths and shortcomings, because I tend to get called for things I’m glad to take part in. But in general, sessions can be quite exciting and interesting if one approaches them with an open mind.” 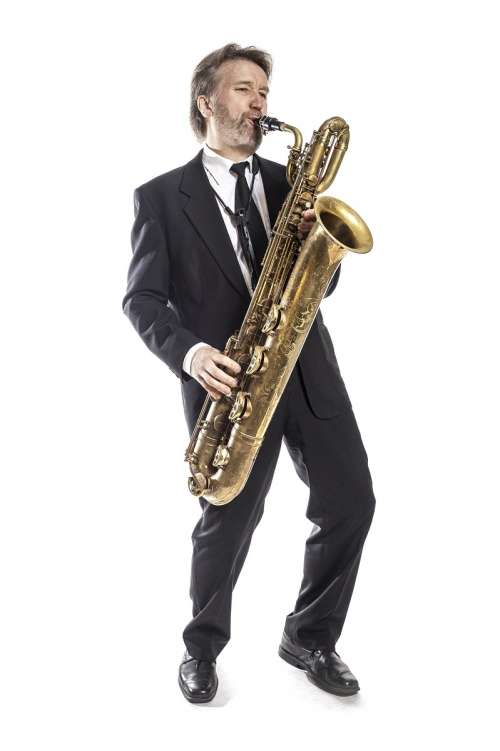 Having done miscellaneous work alongside composers such as Heikki Sarmanto, Eero Koivistoinen and Pekka Pohjola, Päivinen answered the call of composer/drummer Edward Vesala and the Sound & Fury workshops which then grew to become the group of the same name. This step was crucial to his development as an instrumentalist.

“I had originally jammed with Vesala and Juhani Aaltonen in the early 1980s, so in 1984 it became quite natural to join the Sound & Fury circle. This may sound like a cliché, but these workshops really were my college as a musician. Eetu’s methods were inventive and he had an uncanny ability to hear who would make a good bandleader. I always thought this was very unselfish: he would highlight people from the group knowing that if their solo careers took off, they would probably not have time for Sound & Fury anymore.”

Pepa was the last musician to benefit from this altruistic attitude, which had earlier kick-started guitarist Raoul Björkenheim’s fierce Krakatau and saxophonist Tapani Rinne’s exotic RinneRadio. Before Vesala’s untimely death in 1999, he helped Päivinen to write and record his lauded debut solo offering Saxigon (1997). But let’s backtrack to the mid-1980s.

“Then in 1985 the people from the UMO Jazz Orchestra approached me for the second time already. I had subbed for the band for the first time in 1980, and thought that I’d better say ‘yes’ or they would not call me a third time. Vesala didn’t like this, and we parted ways until he then called me up when Sound & Fury were preparing to record the landmark album Ode to the Death of Jazz in 1990. And this time I stayed with Eetu until his demise.”

Another strong bandleader who relied on Päivinen’s prowess and power at that time was American saxophonist/composer Anthony Braxton. After guesting on an UMO Jazz Orchestra gig in 1987, Braxton expressed his wish to do more work with Finnish musicians. Päivinen was one of the chosen few of the Ensemble Braxtonia.

“Braxton was quite relaxed and in this sense the exact opposite of Vesala. But he presented us with his own interesting methods of making music. We did a mini-tour of Finland that was immortalised on the album 2 Compositions 1988 which came out in 1996. This was one of the nicest offshoots of my stint in the ranks of UMO. And to tell you the truth, the album sounds surprisingly good even to this day.”

Come the early 1990s, Päivinen continued with UMO and Sound & Fury, played sessions and partook in theatre projects. One of the most exciting projects was the woodwind quartet Saxperiment, where one path came full circle when he got to play alongside his first teacher.

“Saxperiment was originally the brainchild of Paakkunainen and kind of an offshoot of the Ensemble Braxtonia, but Pentti Lahti, Janne Murto and myself also had our say in moulding the sound and preparing the material. At the moment, Saxperiment is on a hiatus, but I am quite pleased with our eponymous album released in 1997. The funny thing about Saxperiment was that I was a student of Paakkunainen and Murto was a student of mine from the Oulunkylä Pop & Jazz Conservatoire in Helsinki.”

Murto aside, Päivinen states that some of the younger saxophonists he respects are Mikko Innanen, Markus Holkko, Jukka Perko, Sonny Heinilä, Jorma Tapio and Manuel Dunkel. He adds that he may have forgotten someone from the list, but says the post in the UMO Jazz Orchestra alone provides him with an excellent vantage point on what’s happening on the local jazz scene.

As the 1990s drew to a close, Päivinen felt the urge to place more emphasis on his own trio with bassist Hannu Rantanen and drummer Mikko Hassinen. At the time of writing, the Pepa Päivinen Trio has recorded two albums, Umpsukkelis in 1999 and FunFaraway in 2001. Aside from Finland, the energetic team has performed in France. For Päivinen, the ensemble has become his musical home and the playground where he can do anything and everything he pleases.

But as befits this man of opposites, he is also happy to work with makers of contemporary classical music. A particular triumph in this area came in 1999 when composer Markus Fagerudd invited him to play the lead part in his Ballad i fem delar. Another quite strictly arranged environment is the Jarmo Saari Filmtet, a soloist collective that concentrates on Finnish cinema evergreens.

“I love the fact that Jarmo has taken a step towards creating for us Finns a catalogue of a somewhat different set of standards. I have nothing against the American jazz standards, but there are still many fine Finnish tunes awaiting a revival. On top of this, Jarmo’s arrangements are very challenging and fun to play.”

Another important current project is the duo with Iro Haarla. Set up years ago by Edward Vesala, the pair became documented on the 2001 disc Yarra Yarra. Päivinen is especially happy to work in this intimate, chamber music-like format but doesn’t want to highlight the fact that he is working with Vesala’s widow. “I wouldn’t place too much emphasis on the torch-bearing aspect of this, though I understand why people want to see our duo in that light. But I do believe that Eetu would be happy with our album as well... Let’s just say that I'm happy to be able to express myself on stage with one of the finest jazz piano artists in Finland.”

This article was first published in FMQ 1/2003 and is now (August 2021) republished with the kind permission of the author.