Poignant, witty, agile, mischievous, thoughtful, beautiful: this is Timo Alakotila and his piano, alone at last.

Timo Alakotila is one of the quiet geniuses of Finnish music. For many years he has composed, arranged, supported and encouraged so many musicians, including JPP, Maria Kalaniemi and the UK’s accordion star Karen Tweed, as well as composing for the BBC Concert Orchestra.  He is hugely admired for his generosity of spirit as well as his brilliance as a performing musician.

It will come as a delight to so many listeners that Alakotila has, at last, decided that he and his piano should have their own voice in a solo album. His trademark delicacy of touch, his exquisite use of light and shade, the fragility of his melodic lines, his wistful harmonies where Bach meets jazz and folk music, and his compelling rhythms all add up to a collection of the most beguiling and thought-provoking music. Alakotila has also chosen to reveal something about himself in the narrative of the music with some of the titles speaking of his journey with pain (“Sciatica” and “Prolapsus”), there’s tango and dance music, wedding tunes and sheer magic as in “Lumikin ja prinssin tanssi” (“Dance for Snow White and her Prince”).

Poignant, witty, agile, mischievous, thoughtful, beautiful: this is Timo Alakotila and his piano, alone at last. 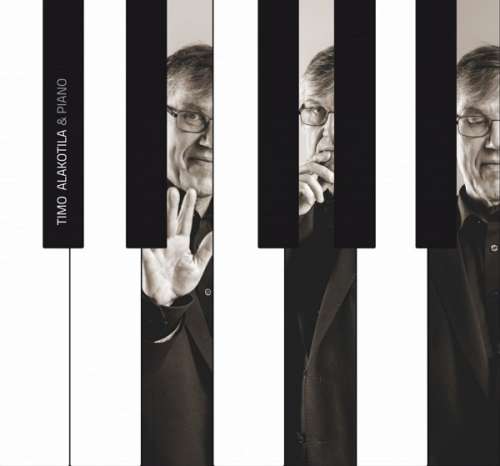