"Perhaps the most relevant legacy of the Kalevala is in its rich and varied use of language, its grand narratives and how those narratives translate to the modern era." Ethnomusicologist Lari Aaltonen discusses the Kalevala today.

In spring 2019, two well-known Finnish artists – author Juha Hurme and musician Tuomari Nurmio – declared that they intended to resurrect Finland’s national epic, the Kalevala, “from the tomb where it lies buried under solemn speeches, national costumes, birch-bark shoes, mind-numbing recitations and the systematic torture of schoolchildren”. This elicited a caustic response from several professional groups that happen to value the Kalevala quite highly – folk musicians and folklore scholars above all. As if everything that had been done with the Kalevala over the past two centuries or so had been trivial or contemptible! On the opposite end of the scale, there was public rejoicing that the Kalevala was to be modernised and made more relevant through popular culture, involving musicians and artists who were not exactly in the mainstream of Finnish culture.

The point of the grand vision of Hurme and Nurmio, dubbed KalevalaFest, was to update the Kalevala for the 2020s so as to inspire contemporary artists, and for this purpose they were awarded a substantial grant by a private foundation, plus support from a number of other partners.

Let it be said first of all that the idea to revitalise the Kalevala or to explore it as a source of inspiration for contemporary art is neither new nor unusual. The Kalevala originally came into being as a result of and in support of the emergence of a Finnish cultural identity, and as such it was actively leveraged in (cultural) policy boosting national self-esteem for more than a century since it was first published in 1835. Even in recent decades, it has been evoked in various projects, export efforts and pretty much any context referencing Finnish uniqueness or Finland’s mythological past. The only thing that was new in what Hurme and Nurmio had in mind was their provocative language in “giving the Kalevala a vigorous beating-up”, which was variously seen as exhilaratingly honest or viciously disparaging of both the national epic and everyone else who had ever worked with it.

The enthusiasm shown by Nurmio and Hurme towards Finnish heritage was more about the ancient runo singing and the immense wealth of cultural history enshrined in the orally transmitted tradition than about the institutionalised and admittedly Frankenstein-like Kalevala, stitched together from a variety of sources and polished up to be presentable in polite society. The two gentlemen feel that the Kalevala is no longer of significance to people today, being a compilation trapped in a historical cage of its own making rather than a vivid and dynamic source of poetry. For them, the important thing is to bring the stories of the Kalevala into the toolkit of artists working today and to punch holes into the shroud of stuffy veneration surrounding the national epic.

In the February 2018 issue of FMQ, Kimmo Hakola suspected that Finnish artists will not explore the Kalevala at their own initiative as a catalyst for new art, because even the Kalevala-based artworks that already exist are only dug out and dusted off on special occasions when Finland wishes to celebrate her achievements in the arts or reminisce about her mythological past. In today’s world, the Kalevala is neither seen nor heard and does not provide sufficient inspiration for artists to draw on. The KalevalaFest project announced that it would be tackling this dilemma with a variety of means: discs, books, a writing competition for children, multidiscipline performance art and interventions.

The first tangible outcome of the KalevalaFest project was the album Kalevala elävänä tai kuolleena Vol. 1 [Kalevala alive or dead], released in autumn 2019. This contains explorations of the material in the national epic by artists such as Ismo Alanko, Mara Balls, Tuomari Nurmio & Tohtori Hillilä and Paleface & Mikko Heikinpoika. The disc received mixed reviews: on the one hand it was praised for being diverse and innovative, while on the other hand it was criticised for being a confusing mishmash. The fact that the majority of the artists appearing on the disc were men also raised some eyebrows. The artists invited to contribute were given carte blanche for interpreting the Kalevala, which inevitably resulted in a kaleidoscope of pieces with some kind of connection, loose or otherwise, to the ethos of the epic.

The KalevalaFest concept has also given birth to a festival similarly named Kalevala elävänä tai kuolleena at Tavastia in Helsinki and club gigs under the same banner in Helsinki and at the G Livelab in Tampere in late November 2020. Critics described the mood as bordering on ecstatic, even if it is indicative that, according to reports, these events did not attract very many listeners under the age of 40.

I went to the Kalevala club in Tampere in November, curious to see the new perspectives that this loudly proclaimed and hugely ambitious Kalevala project had engendered. The bill included Suistamon Sähkö, an ethno-techno band with an explosive stage presence, but I was disappointed to learn that Juha Hurme and his theatre company ‘Kalevala ydinfysiikkaa’ [Kalevala nuclear physics’] had cancelled. They were replaced by rapper Paleface, who is also known for his love of the Finnish folk tradition and the Finnish language.

As someone who has witnessed several gigs by both Suistamon Sähkö and Paleface, I felt that this night – for all that it went very well – did not really offer any new insights, inspirations or angles on the national epic. To be sure, the performers were heavily inspired by it, using its language dextrously and putting their own spin on its stories, even going so far as to create new mythology. Paleface highlighted the similarities between runo singing and rap lyrics in his introductions, while Suistamon Sähkö has a more straightforward, if electronically eclectic, approach to the tradition. But both had already been doing this before the KalevalaFest project was born: blazing new trails from the foundation of tradition and spreading the good word of our ancient oral folk tradition in their own inimitable ways.

The KalevalaFest project has attracted attention, because the Kalevala is, after all, a source of pride for Finns – however thickly the book itself may have accumulated dust on the bookshelf. And yet the notion of reinventing the Kalevala as a source of inspiration for all the arts and all the people has a curiously 19th-century ring to it. The Kalevala has not gone anywhere, it just is not in the mainstream today.

There are numerous readers and artists who continue to be inspired by the verse of the epic, and runo singing is also not dead, even if it is no longer an orally transmitted tradition as it still was less than 200 years ago. Without belittling the means or ends of KalevalaFest in any way, I venture to hope that, rather than attempting to revise the attitudes of the entire nation, the project would simply bring artists together and provide them with tools to deal with our shared tradition.

Perhaps the most relevant legacy of the Kalevala is in its rich and varied use of language, its grand narratives and how those narratives translate to the modern era. Perhaps we do not need to explode the tradition after all. Perhaps it is enough to act on one’s own personal inspiration derived from the ancient tradition exactly as one sees fit – and in the process perhaps inspire future generations. 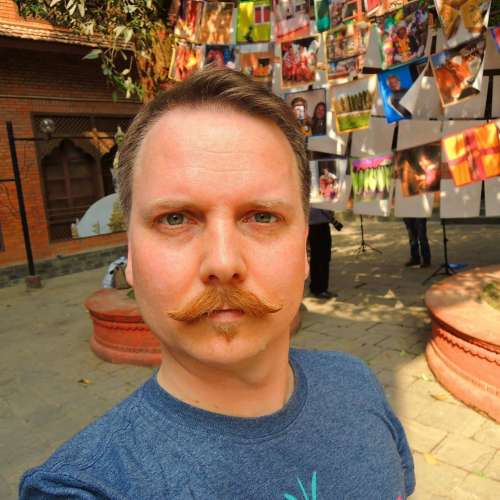 The Kalevala was also the theme of the first issue of the Finnish Music Quarterly, published 35 years ago. Read more here.