This is a brilliant recording made up of scraps of information, gems from the archives and the contributions of contemporary speakers of the Helsinki lingo.

The Helsinki of the late 19th and early 20th century was a linguistic and cultural melting pot of Finnish, Swedish and Russian in which the working class, in particular, developed a lingo of its own that came to be known as stadin slangi. Most likely, a “Helsinki way” of making music was also born.

What were those lost Helsinki folk songs like? Anna E. Karvonen, herself a singer, wanted to find out, and the result of her search is a disc of songs she recorded with Roope Aarnio, Antti Kujanpää, Tuomas Skopa and Tuomas Timonen. Their debut disc is not only a pleasing, varied musical experience; it is also a cultural-historical tribute to an urban culture which the folklore collectors failed to value at the time.

This is a brilliant recording made up of scraps of information, gems from the archives and the contributions of contemporary speakers of the Helsinki lingo. Each of the songs astounds – the genres enchantingly change from one track to the next, the instrumentations season the moods, and the singing is charming, full of power and grace. There are also numbers by various guest artists. The magic of the disc would seem to lie in the fascinating balance between clear and distorted – just as in Helsinki. 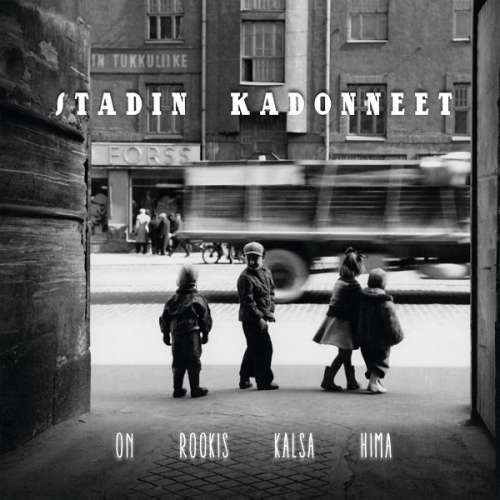