The general expectation from the annual Helsinki Festival is that it will present a particularly wide range of classical music. This year, the classical component seemed to be slightly less extensive than in previous years. That said, many expectations were still met.

One of the most anticipated events was the Finnish premiere of Esa-Pekka Salonen’s Cello Concerto. Premiered in Chicago earlier this spring, the concerto sounded surprisingly romantic at its Finnish National Opera performance. The work’s opening mood was reminiscent of Salonen’s 2009 Violin Concerto: the melodic cello line, interpreted by Nicolas Altstaedt, was lively and nimble. Later on in the piece, the orchestral sound exploded into wholly new dimensions.

Salonen describes his concerto as a space journey. And indeed, strange landscapes can be heard throughout the piece. The music does not, however, create a classic harmony of the spheres ambience, or evoke the sound of celestial bodies. Instead, the concerto came across as a cinematic vision, where expansive space dreams were audible. A unique contribution to the sound was provided by soloistic sections written for conga and bongo drums. 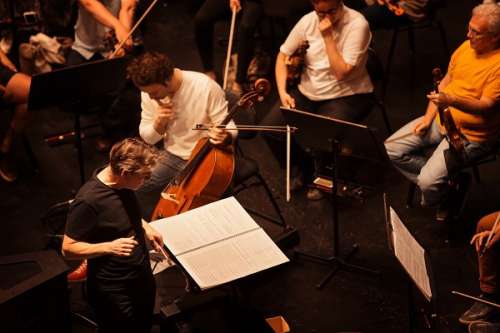 Salonen’s concerto was just the first taste of the cinematic experiences still to come at the Festival. Later into the programme, a strong audio-visual experience was provided by the recorder quartet Bravade, performing together with the dancers Elina Häyrynen and Jukka Tarvainen in the National Opera’s Almi Hall.

Titled The better to see you with, the concert’s first half offered gentle moments and even some humour. In the beginning of the concert, the recorder quartet reached towards the audiences via pre-recorded spoken segments, where the players shared details of musicians’ everyday lives and talked about their experiences as performing artists. A sensitive instrument resonates in its player. Stage fright seeps right through to the sound, whereas the joys of the past can propel one’s playing experience into a whole new dimension. The two dancers carried a central role throughout the concert. Renaissance music was experienced in a completely new light through their dancing: their movement vocabulary, based on contemporary expression, spoke of love, loneliness, the challenges of everyday life, and the beauty of the absurd.

The second half of the performance cemented the dance components even more strongly into the overall concept. The concert included the premiere of Antti Auvinen’s Air (Ayre) for recorder quartet, video and electronics. The cross-artistic work connected music with contributions from rope artist Tinttu Henttonen and cinematographer Jarmo Kiuru. The end result resembled a screening of a dance film, with the live film music rising to the spotlight. With its ominous and occasionally even violent sound world, the dark Air brought to mind the concept of danger music. The film part of the work portrayed a wooden recorder being destroyed by a saw. In addition to different recorders, the members of Bravade played IV bags, where each water drop was amplified into thunder, filling the concert hall. The cinematic feel of Air was not created solely through the visual elements. The sensitive recorders and the sounds of water were transformed into a real surround effect which encompassed and embraced the audiences, bringing their experience closer to a movie theatre’s soundscape.

The Helsinki Festival is presented in various venues across the city. Its most visible urban space is the large Huvila Festival Tent, pitched right next to the city centre in the park-like milieu of Tokoinranta. The Huvila Festival Tent has traditionally provided an arena for world music and different types of popular music. This August, the Tent branched out to feature a concert of orchestral Baroque sounds combined with indie music, when American composer Nico Muhly joined forces with Danish singer Teitur, performing a delicate song cycle written for Baroque orchestra and singer and inspired by early YouTube videos. The lightly effervescent and even naïve songs combined music with prosaic descriptions, such as of a cat that had climbed up a tree, or a barista who makes latte art with animal figures. 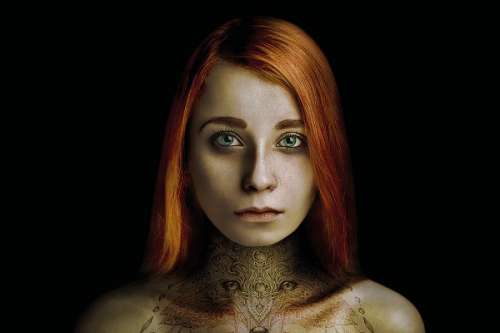 In addition to more conventional concert venues, the Helsinki Festival spreads out into different urban spaces. One of these “off-spaces” provided one of this year’s highlights, when the British opera company Silent Opera performed in an old industrial space, Konepajan Bruno. The company, which embraces new technologies and keeps racking up rave reviews, combines the techniques of immersive theatre with classical opera repertoire. The Helsinki Festival presented Vixen, the Silent Opera’s adaptation of Leoš Janáček’s opera The Cunning Little Vixen. Parts of the performance were heard through headphones, which the audiences wore while moving around in the same space with the performers. In addition to two solo singers, the performance cast included a street music group of five musicians, some of which also sang a role in the opera.

Directed by Silent Opera founding member Daisy Evans, the Helsinki performance featured soprano Rosie Lomas as the strong Vixen and baritone Ivan Ludlow as the malicious Forester. The audiences got to identify with the street-walking Vixen by inhabiting her world. The experience was profoundly startling. Silent Opera managed to incorporate the strong visceral experience of a popular music concert into an operatic event: the music streaming from the headphones was splendidly combined with the interpretations of the singers performing in the midst of their audiences.

The Helsinki Festival will continue until the 3rd of September. The dusky August nights invite audiences to experience such events as Solitude, a multi-artistic and multidimensional solo performance by clarinettist Lauri Sallinen, or a concert by the Royal Stockholm Philharmonic Orchestra conducted by Sakari Oramo, with Renée Fleming as soloist.