Responsible for the running of the Orchestra Academy founded at the Helsinki Music Centre in 2015 are the General Managers of the Centre’s two orchestra residents, Tuula Sarotie and Aleksi Malmberg, and from the Sibelius Academy Kaarlo Hildén, Dean of the Faculty of Classical Music, and Conductor Atso Almila, Professor of Orchestral Studies.

In international parlance, Orchestra Academy often means, say, a year’s further training for students working for a Master’s degree; playing in an orchestra is a full-time job but the student may be paid less and receive more tuition by way of compensation. The HMC Orchestra Academy is, however, a consortium of the Centre’s three residents, and its protégés are also students at the Sibelius Academy. The underlying principle is to provide apprentice training for Sibelius Academy students chosen via auditions, giving them a chance to join the ranks of a professional orchestra for six months. 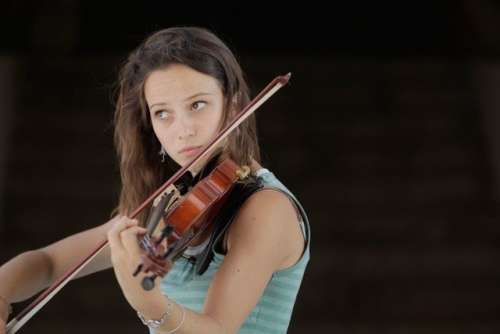 Eva Ballaz was one of the musicians chosen for an apprenticeship with the Helsinki Philharmonic Orchestra in 2016. She is now a permanent member of the HPO.

Eva Ballaz was one of the musicians chosen for a Helsinki Philharmonic apprenticeship in spring 2016. It could not have worked better for her, since she is now a permanent member of the orchestra.

“It was fantastic training. I began to grasp how an orchestra works, I developed as an orchestral player and I got experience of the three-day rehearsal system, which goes very quickly!” Later, the apprenticeship stood her in good stead at the HPO auditions. “It felt good to be playing in the HPO, and it gave me self-confidence and strength for the audition, knowing that the orchestra was pleased with my work.”

This training is at present available for string and wind players only, not brass, percussion or harp. Tuula Sarotie, General Manager of the Finnish Radio Symphony Orchestra, says that the training was actually launched on the initiative of the string and wind teachers at the Sibelius Academy. Generally speaking, all benefit from the apprenticeship scheme, she says: “The main thing is, of course, always what the students get and learn from us, not the other way round, but we all agree that the keen young players have been a cheering phenomenon.”

The Sibelius Academy also has an apprenticeship agreement with the Finnish National Opera Orchestra and the Tapiola Sinfonietta. Another kindred scheme is the Together! chamber music series in which members of the Helsinki Philharmonic and students at the Sibelius Academy perform together in the Music Centre foyer before evening HPO concerts.

Conductors and composers also study orchestral music at the Sibelius Academy. For them, the Orchestra Academy provides learning opportunities as a conductor’s assistant and in workshops.

Jaan Ots was assistant to Hannu Lintu, Chief Conductor of the Finnish Radio Symphony Orchestra, during the 2015–2016 academic year. This involved being present at FRSO rehearsals and assisting with “anything that needed an extra pair of ears.” Hannu Lintu was, Ots reports, also always open to suggestions and ready to discuss things with his assistant. If something unexpected cropped up, the assistant might find him- or herself standing in for the conductor at a concert.

“I was asked to prepare lots of concert programmes, just in case the conductor’s morning flight was delayed, for example,” says Ots. “I learnt a vast amount of repertoire and was able to observe a professional close at hand. In the process I was also able to establish networks.”

Ots also conducted a new music workshop held with the Helsinki Philharmonic in spring 2016. The five composers taking part were studying for a Master’s in Composition and Music Theory Department at the Sibelius Academy. They worked with the players and conductor at two sessions and the outcome was a composition for large orchestra. “Conducting new music is always special, because being free from traditions and conventions, it calls for a creative mindset.” 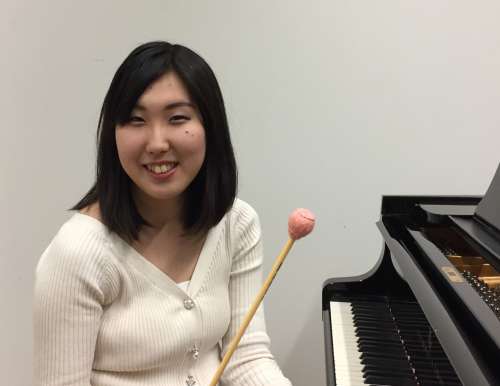 Mioko Yokoyama got useful feedback from the musicians and conductor about her work at the new-music workshop of the Orchestra Academy.

One of the composers at the new-music workshop was Mioko Yokoyama, now in the final stage of a Master’s degree in composition. She began studying at the Sibelius Academy in 2015.

“At the first workshop in April, we took sketches along to the rehearsals. The players asked lots of questions about them, made comments and pointed out some mistakes. The second meeting was in November, and there the orchestra played through the work in bits with a conductor.”

Yokoyama got useful feedback about techniques that did not work well or were unnecessarily difficult. After the workshops, the composers and conductors met to analyse what had happened at the rehearsals. Yokoyama felt that the collaboration between the students worked well.

“The student conductor was confident and had studied our score well. I reckoned I needed to learn to be just as confident,” was her comment. She nevertheless felt she had received most feedback from her composition teacher at the workshop as well, and said she hoped that next time it would be possible to go through the score before the first meeting, in order to save rehearsal time.

In addition to training, the Orchestra Academy offers the public at large all sorts of other things at the Helsinki Music Centre, from talks to participatory outreach. For example, the “Know your Orchestra” talks, open to all, examine the history of the symphony orchestra, while in the Listen, I’m Composing! project, professionals notate and perform compositions suggested by the young participants.

The common factor at the Orchestra Academy is the Helsinki Music Centre where both pros and students lead their everyday lives. Though the Sibelius Academy and the orchestras have their own premises at the Centre, the foyer is nevertheless easier to cross with a valuable instrument than the busy city centre.