Taidetestaajat [Arts Testers] is a gigantic cultural project that over a period of three years will take every 8th grader in Finland to visit two cultural venues. The resulting encounters are sometimes wonderful, sometimes not so much, but in every case they leave a trace on audience members and organisers alike.

In the 2017–2018 school year, about 60,000 14-year-olds visited one cultural venue in their home community and one national cultural venue. A total of 55 sites representing various branches of the arts had been selected for the project by application. In that first year, participants in the music sector included several symphony orchestras, non-aligned orchestras, the Kaustinen Chamber Music Festival and the Key Ensemble chamber choir.

With a budget of about EUR 20 million, the Taidetestaajat project is the largest support project in the history of the Finnish Cultural Foundation. Its primary purpose is to provide adolescents with cultural experiences that may result in a life-long relationship with the arts. The other purpose is simply to bring together arts organisations and perhaps the most challenging target group of them all, teenagers. Cultural service providers have been challenged to give these young people memorable experiences; but on the other hand, this is not an audience outreach project geared towards producing ‘youth art’. Whether the event is customised for this audience or just a performance or exhibition that is in the regular programme of the institution, the point is to bring young people to the art that is available to everyone here and now. Young people must not be underestimated as potential consumers of culture.

Having said that, it is true that great emphasis has been placed on lowering the threshold. The organisations participating in the project were required to plan a ‘preparty’ and an ‘afterparty’, including materials or activities to prepare the young people for the event itself and a debriefing afterwards. 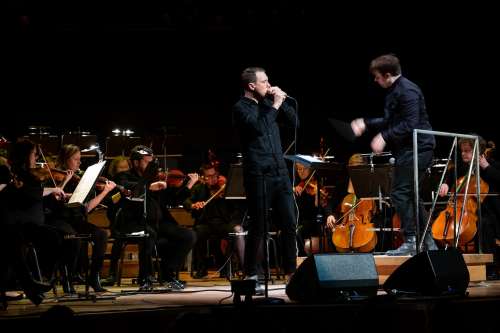 The organisers hope that the Taidetestaajat audiences will become prompters of national public debate. The slogan of the project is ‘the world’s largest art critique’, because one of the key components of the project is an evaluation app where the young people attending can select adjectives they feel describe their experience, comment on what they have seen and heard and give a point score to the site. There are tens of thousands of submitted evaluations available for browsing online at taidetestaajat.fi.

The project also involves a preliminary survey charting the existing cultural pursuits of the participating teenagers, and thus a wealth of valuable data will be generated over the three years of the project. “Traditionally in Finland, there have been channels for young people to have their voice heard in various areas of society, such as youth councils and sports clubs. The arts, by contrast, have generally not encouraged such participation. It is a new idea to give young people such a wide remit to comment on the art they have experienced,” says project manager Anu-Maarit Moilanen from the Association of Finnish Children’s Cultural Centers.

The verbal evaluations reflect the typical mental landscape of 8th graders: many are singularly unreceptive, and for some it may be difficult to abandon this disdainful façade because of peer pressure. Yet on the other hand, many have been delighted, excited and surprised. Many comments show a mature understanding of the fact that even if the performance at hand may not have been particularly interesting, it was a good thing to experience something that they would never have gone to see of their own accord.

One of the most prominent national venues participating in the project is the Finnish National Opera and Ballet. In the 2017–2018 school year, the FNOB hosted about 18,000 schoolchildren from around the country. The FNOB could well have taken the easy way out and given performances to these groups of a school opera or created a medley of popular opera numbers catering to teenagers, but instead these visitors were brought to regular performances just like any other operagoer. The productions featured this spring included the new Finnish opera Jää [Ice] and the ballet The Little Mermaid.

“Of course young people are potential future customers, but this is not a marketing binge per se. We are part of the great experience that is being given to them, and it is our hope that it will leave a lasting impression on their lives. What is fascinating is that this will become a generational experience,” says Lauri Pokkinen, Head of audience outreach and social responsibility at the FNOB. He also considers it important that the visiting young people are given a real opera performance that requires them to concentrate for several hours. 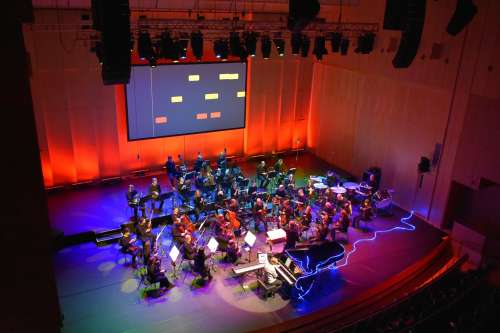 In the Tapiola Sinfonietta's programme the schoolchildren can contribute material through an instant messaging sampler before and during the concert.

Technology and gentle nudges towards involvement

The Tapiola Sinfonietta has been working with schoolchildren for ages, but the Taidetestaajat project represents a welcome challenge for the entire organisation, according to Orchestra Producer Miina Sivula. An activity package was designed together with music education students at the Sibelius Academy, allowing tasks related to the Klasaribasari concert created for this purpose to be integrated into all subjects taught in upper-level comprehensive school. The project dovetails nicely with the phenomenon-based learning and comprehensive learning expounded in Finland’s new national core curriculum.

Evaluations show that Klasaribasari has been one of the most popular music events in the Taidetestaajat project. Klasaribasari II for the current season was designed by composer Lauri Supponen, conductor Eero Lehtimäki and pianist Emil Holmström. The programme includes a new piece to which the schoolchildren can contribute material through an instant messaging sampler before (and during!) the concert.

“Why couldn’t we have something like this at our regular season ticket concerts? We have often thought about how to leverage modern technology more at our concerts,” says Sivula.

The orchestra sub-projects are a mixed bag. The Turku Philharmonic Orchestra and the Ostrobothnian Chamber Orchestra are featuring a cavalcade of major names in classical music, while the Finnish Baroque Orchestra explores its namesake era through a re-composed version of Vivaldi’s Le quattro stagioni by Max Richter. 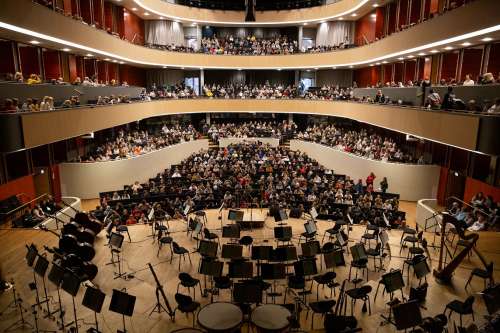 The article is based on an article published in Rondo Classic 6/2018.