The accordion can do lots of things, but few perceive it as an instrument for performing classical music. Yet the classical accordion class at the Sibelius Academy celebrated its 40th anniversary in March 2018. Accordionist Mika Väyrynen reflected on the popularity of the programme.

Mika Väyrynen has had a front-row seat at the accordion class of the Sibelius Academy almost from the start: he began in what is now the Junior Department and went on to complete a Master’s degree and a doctorate as a solo instrumentalist. After a few years abroad, he returned as an accordion teacher in 1999. He is one of the few accordion players to have gone through all the stages of training provided by the Sibelius Academy, and having once returned he seems to have settled in for the long haul.

“I have seen this programme grow, with teething troubles and successes alike, for nearly 40 years,” says Väyrynen, looking back at his connection with the Sibelius Academy.

Accordion teaching at the Sibelius Academy was begun by Professor Matti Rantanen in 1977. He drew inspiration from university-level classical accordion teaching in Copenhagen and decided to emulate that programme in Finland. Väyrynen notes that initially the Finnish class followed the Danish example very closely, particularly in the emphasis on contemporary music.

“Actually, although it was admitted that I was highly talented, with an exceptional capacity for learning and quick fingers, I was denounced for being subversive in my programming,” says Väyrynen with amusement, describing his disagreements with the Copenhagen-style policy. 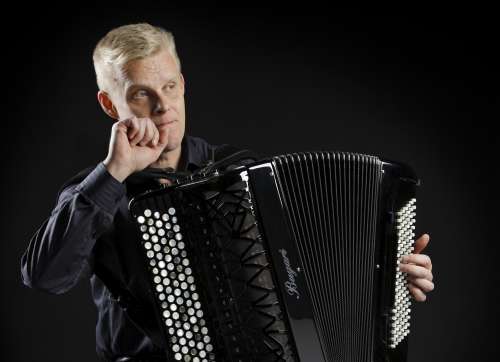 In an interview conducted at the Sibelius Academy, Matti Rantanen says that his aim was to level the playing field for the accordion with regard to other classical instruments. Väyrynen notes that Rantanen’s handiwork is still apparent in many areas at the Sibelius Academy. He was the first to commission pieces specifically for accordion, and after that it was easier for other accordion players to approach composers. This pioneering effort is considered highly important by Väyrynen. “Matti is a smart man with great social skills, and he was able to lead accordion teaching at the Sibelius Academy in the direction he desired,” says Väyrynen. He points out that there were many more people in the background in this effort than is usually understood though, and singles out the contributions of Timo Kinnunen, Juha Salmesvuori and Marjut Tynkkynen, among others.

The accordion is much used in folk music, yet it is excellently suited for performing art music too. During his Master’s-level studies, Väyrynen introduced the term ‘art accordion’, which he felt was the best way to encapsulate artistic ambitions on the instrument. Years of experience have taught him about the many dimensions of the accordion and also about its shortcomings and failings. Väyrynen says that the accordion can do almost everything else except imitate other instruments.

“Its strengths are its own: sonority and dynamics.”

Väyrynen has no problem at all with the accordion being used far and wide beyond the confines of art music and does not consider occupancy of musical genres to be a zero-sum game. He seeks to promote awareness of the classical accordion and to support its existence and future through his teaching and through recording, giving recitals and commissioning new works for the instrument from contemporary composers. Väyrynen respects all competently written music, regardless of its genre.

“There is a place, purpose and time for everything, and the accordion is no exception. I do not have a mission to kill off all other forms of accordion playing.”

The classical accordion class at the Sibelius Academy is internationally highly respected, and there are many foreign applicants every year. How has it come to this? According to Mika Väyrynen, credit should principally go to the Finnish music community, which he believes is crucially important for the high esteem in which the training is held. Collaboration with composers has been close ever since the 1970s, and it was through this that the accordion found a niche for itself at the Sibelius Academy.

“Thanks to the Sibelius Academy, Finnish accordion players have been accepted into the musical community at large. I don’t think that we are exceptionally brilliant compared with the competence of musicians in general, but we have been very well received.”

Väyrynen notes that composers have been interested in writing for the accordion. On the other hand, they also have a habit of writing extremely demanding works that stretch performers’ technique and competence to the limit.

Väyrynen considers that this is the major reason why Finnish accordion music is so advanced. Accordionists acquire and develop musical skills when faced with demanding works and other challenges. If the training had not improved and renewed itself, the international reputation of the Sibelius Academy would not be what it is today. When Väyrynen gives lectures abroad, he is often asked to talk about the Finnish education system too. No place on earth has an instrument-specific curriculum as broad as the Sibelius Academy. At the moment, there is about an equal number of Finnish and foreign students in the accordion class. The level of quality is very high.

Väyrynen considers that classical accordion training could probably not be at a higher standard than it is now, but he does not dare speculate on the future.

“In order to be able to give tuition, you have to have students to teach.” 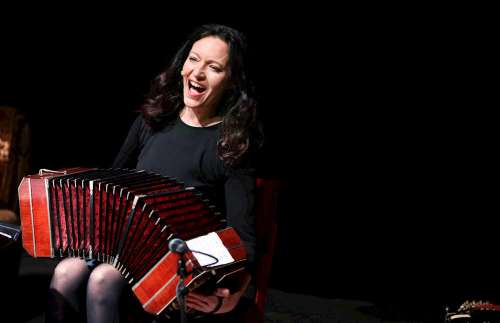 Reminiscences and comments by accordionists-alumni

“Studying in the accordion class at the Sibelius Academy has been of huge importance to me. The class has had a decisive impact in bringing the accordion up to a par with other classical instruments. Studying at and graduating from this high-quality and highly respected university has given me robust self-confidence as a musician and reinforced my belief in my choice of profession. In my current country of residence, France, such a respected status for the accordion is a much more recent thing. Completing a degree at the Sibelius Academy has helped me enormously in finding my way into the professional classical music scene. Thanks for this goes to the Sibelius Academy and the expert teachers there!”

“From the first, the accordion class at the Sibelius Academy sought to combine the best practices of historical accordion schools (the Russian, Scandinavian and German, among others). Students are given an exceptionally comprehensive overview of the repertoire available for the concert accordion and of various approaches to the instrument. Professor Matti Rantanen has been a pioneer in taking a positive attitude to a wide variety of schools and genres. In recent years, I feel that the training has become more diverse than ever, taking in things like free accompaniment and improvisation, and I feel that today the degree programme meets the needs of musicians very well. The excellence and diversity of the accordion class is acknowledged worldwide, and as a result it has become quite international quite quickly.”

“The thing I value the most from the accordion department of Sibelius Academy is that our mentors have very distinct and personal musical characters. That enables us, students, to look up to each one of them, as they are experts in their field.”