PREVIOUS ARTICLES FOLLOWING ARTICLES
The Covid-19 pandemic has been a boom time for freelancers, according to Forbes. But not for freelance musicians.

Until 2020, freelancers accounted for an increasing proportion of professional musicians in Europe and the USA, across all genres. Without salaries from orchestras, opera houses, record labels or broadcasters, when the music stopped, so did their income.

The European culture sector is estimated to have lost approximately 31% in turnover since the pandemic began, with live music down 76% (Read the summary of the study here).

United in frustration, freelance musicians are also divided by circumstance. Complicated guidelines mean some are eligible for support while others are not. Contradictory regulations have made some in the sector feel unjustly treated: restaurants and bars are open in Finland while concert halls remain shut; the list of UK citizens allowed to leave the country for work includes elite sportspeople but not musicians. Freelancers have been left in limbo when events are cancelled, with contractual ‘force majeure’ clauses preventing the payment of fees even after preparation and rehearsal. More and more musicians report deteriorating mental health.

Even now, freedom from the professional nightmare of Covid-19 seems a long way off. Between 34% and 64% of musicians in the UK, to take two surveys (Musicians' Union, Encore), have considered quitting the profession, compared with 22% in Finland (composers and other music makers included in the latter). The longer the shutdowns last, the higher those figures are likely to creep.

As no two freelance musicians have had the same pandemic, we asked one each from Finland, Denmark and the UK to describe their experiences over the last 11 months – how they survived the year the live music stopped. 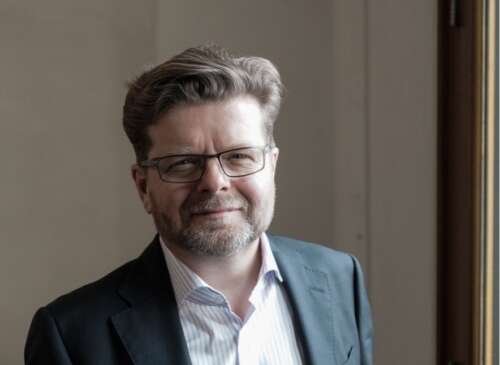 Peter Hoare is a regular at the Royal Opera and English National Opera in London where he has appeared in title roles. He has worked at the Metropolitan Opera in New York and the Komische Oper in Berlin. Since the lockdown of March 2020 he has performed twice – in one opera and one concert.

From March, contracts started to be cancelled every week. By June, I had nothing in my diary for the rest of the year and my agency had gone bust. It was a very scary time. I have a family and soon realized that my savings were not going to last long, so I had to do something quickly to find a way of keeping the plates spinning. Once you are over 50 there aren’t many opportunities for an opera singer - apart from singing opera.

A friend told me that the NHS [National Health Service] was crying-out for phlebotomists, so I joined the East London NHS ‘Bank’ and was trained to take blood, administer injections and do swabbing. I worked there from July until January and ended up running a clinic in Luton, taking blood from 80 people a day and doing all the administration. Now some singing work is starting to appear in my diary again.

My wife tells me that I’m normally a glass-half-full guy, but that for the last six months I’ve been more glass-half-empty. I have tried to keep my chin up, but it grinds you down after a while. I feel as though some UK government policy has been a deliberate attack on artists, as we’re the ones who normally poke fun at those in power. Theatres were the last to open after the first UK lockdown and artists aren’t on the list of people allowed to travel, even though footballers are. It can feel like we’re already on our knees and we’re being kicked in the teeth.

I am lucky to still be afloat; some colleagues have even lost their homes. But in some ways I feel blessed by the pandemic. I would never have worked as a healthcare provider otherwise. The trust people place in you is extraordinary – allowing you to do very intimate things to them. You wouldn’t believe how much the professional care workers give of themselves, and for a criminally poor wage. That was a shock, and humbling coming from opera.

Of course I’ll go back to singing. No question. I have a new agent and there are some things appearing in the diary. But I doubt the sector will be back to normal for years. The first thing we can all expect is a 20% pay cut. I will certainly be ready to go back to the NHS if I need to.

Jesenka Balic Zunic organised concerts in the woods in the summer 2020.

Jesenka Balic Zunic plays early stringed instrument as a soloist, chamber musician and as a member of early music ensembles in the Copenhagen region including Concerto Copenhagen and Camerata Øresund. Most of her ensemble work since March has been cancelled.

It has been inspiring to see how some of the ensembles I work with have never given up – imagining new ways of doing things and finding new solutions. I have probably had about one ensemble performance per month since March. I made some videos from my apartment, including multi-tracked performances with myself, but it’s not the same. I was longing to play with other people.

I have been kind of lucky, but I felt on very shaky ground when things started to be cancelled. Facebook was filling up with polarizing opinions and colleagues talking about losing work. I had to stop the negative spiral in my mind and get all the mental strength I could, so I quit Facebook and started to consider what was important to me.

I asked myself, what is the purpose of music anyway, if nobody is listening? My conclusion was that music has a tremendous importance in challenging times. Human beings can do things that other species can’t. It’s quite dangerous to lose sight of that creativity. You can’t get the same transformative experience from TV series and online concerts.

I think there needed to be more research about how dangerous it is to go to a classical concert where people sit still and are silent. Why has that not been investigated in Denmark? Then we may have been able to open up a little more for concerts and cultural events.

I did consider the necessity of doing something different with my life – retraining for something I am not yet qualified for – but those thoughts were not necessarily dark ones. I have not needed to apply for government support but some colleagues have. There are some foundations in Denmark who have made money available to artists who have lost work, who can apply for funding for specific projects. My sense is that baroque and classical music, this kind of culture, is maybe not the highest priority for the government.

One day we will sit on the other side of this and say wow, wasn’t that a crazy thing? What is important is what we learn from it, the new things we try. I had an idea to investigate and record music by women composers of the baroque. I have made a new duo. I took my instruments into the forest to play, which felt so good and calmed my mind. Nature is what kept me from going to the dark side.

Kari Ikonen is a jazz pianist, composer and Moog player who was named Finnish Jazz Musician of the Year in 2013. In a normal year he would tour the world as a soloist and a composer and with his own Kari Ikonen Trio. The Trio last played together in February 2020.

When things started to shut down it was a shock. I lost at least 25 gigs and all of the income. In March and April last year we didn’t think it would last this long, so I wasn’t that worried; I had gigs in the summer in my calendar and a lot of gigs in the Autumn and I thought they would happen. I was lucky to be able to play some concerts in Finland in the summer and the autumn but all my concerts abroad were cancelled.

In this last lockdown, my focus was on practicing a new piano concerto that was written for me, which I was supposed to record in Spain. But that was cancelled last week too. That was a shock again.

I am lucky to be in the middle of a five-year artist grant, so I get a small monthly salary. It isn’t enough to make a living completely, but I did some teaching online, and I sold a bike and a piano. There is some special government support for artists in Finland but the amounts are tiny. You need to apply and you might get it for one month or two months and then maybe after half a year you get another one for a month. I haven’t used it but anyway, it doesn’t really help so much. (Read also Kimmo Hakola's column here.)

It’s not easy to get the motivation to write music without any idea of when you’ll have the possibility to perform it. Online concerts are better than nothing but they will never replace live music – it’s a new dimension somewhere between a recording and live music. There might be positive uses for that in the future, for people who can’t get to concerts.

It’s been impossible to get my trio together because the bass player lives in Sweden, but I am sure it will be easy to rebuild the musical connection when we get together again. What we really miss is playing for audiences, travelling, meeting people, being together – everything related to it.

The problem now is uncertainty. Promoters don’t want to confirm anything because they don’t know how many concerts they’ll need to move – from the spring to the autumn. And we don’t know what the situation will be in the autumn as the vaccination is going slowly. It’s all a big question mark.

Featured photo: G Livelab Tampere started organising live gigs for a very limited audience, 20 persons, from February 9, 2021. Most of the concerts are also streamed live at the G Livelab website and mobile app.

Photo by AaKoo/Feather on the move