Maija Kauhanen is a young musician with roots in folk music. Her solo album Raivopyörä [Rage wheel], released this year, has floored the critics. Among other distinctions, the Finnish Critics’ Association awarded her the Critic’s Spurs prize. Kauhanen is a one-woman orchestra performing her own music: she plays the kantele with her hands and percussion with her feet, and she also sings. A musician whose principal instrument is the kantele can do all sorts of things.

“You have to master a dozen basic techniques: picking, chords, various sizes of kantele turned this way and that way, the stick, the plectrum and a number of fingerings,” says Kauhanen.

Maija Kauhanen prefers the Saarijärvi kantele. It is often played with a stick, which brings an edge and rhythm to the music that cannot be achieved by picking with the fingers. This style of playing used to be common in central Finland but came perilously close to becoming extinct. The Saarijärvi kantele has enjoyed something of a renaissance over the past decade, thanks principally to the efforts of Pauliina Syrjälä, a musician who has inspired many others. The Saarijärvi kanteles seen today are usually based on the instrument owned by Jooseppi Pohjola (1873–1945), himself a native of Saarijärvi.

In addition to her solo performances, Maija Kauhanen plays with several well-known ensembles such as Okra Playground, Rönsy, Folk’Avant and Mari Kalkun & Runorun.

The kantele has a soft tone, which often causes balance issues in ensemble playing. In recent years, amplification technology has improved, and today the kantele can be used on an equal footing with any other instruments. Kauhanen has seen a huge shift in the past decade.

“When I began my studies at the Sibelius Academy, we were always expected to play in acoustically balanced ensembles. I had to play my fingers to the bone to be heard at all! Miking is much better today, and kantele players are even encouraged to use amplification.”

Another perceptible change occurred in the posture of kantele players: they used to sit at a table looking down, but now there are desks at which the player can stand and which are tilted slightly towards the audience so that the hands can be seen.

“When you play at a desk standing up, the music goes into your body in a wholly different way, and you’re not hiding behind your instrument. You can also use your personal vibe, whether that means standing still or moving around.”

Kantele players used mainly to perform traditional kantele repertoire. Today, very diverse kantele players emerge from the Sibelius Academy, each choosing their own path. Maija Kauhanen has delved into a lot of repertoire originally written for other instruments and found inspiration therein. Rhythm music has also entered the kantele repertoire permanently, thanks to pioneers such as Anna-Karin Korhonen and Ida Elina, the latter known for instance for her Michael Jackson covers.

The kantele is only a part of Maija Kauhanen’s solo performer palette, but she describes her music as being firmly rooted in the sound of the kantele.

“Long arcs, riffs, diatonic elements… the nuances of the kantele feed into my singing, and you can actually play the Saarijärvi kantele quite loudly. I once measured the sound just for fun, and I can tell you it was beyond 100 dB! I also have to be in good shape so that I don’t run out of breath when playing and singing at the same time. Playing with a stick is quite a physical technique compared with playing with the fingers.”

Maija Kauhanen is privileged as to her choice of instruments, because her father is an amateur kantele builder and customises instruments for his daughter.

“I’ve learned so much through that. I test all the instruments, and by now I know what an instrument sounds like when new, a week later and months later. The sound can be quite raw to begin with, but as the instrument is broken in, it changes, becoming deeper and more settled. Replacing the strings has a profound effect on the sound, and new strings must also be broken in. We can’t do what guitar players do, replacing all the strings immediately before a gig!” 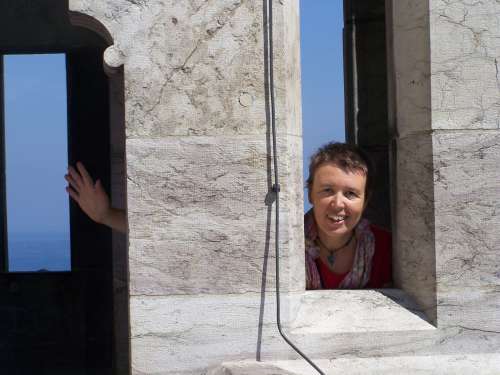 Maija Kauhanen mentions the biennial national kantele competition as an important forum for kantele players. This is also an important event for composer Adina Dumitrescu, who is active in writing contemporary music for various kantele ensembles. Born in Romania, she has been living in Finland since 2003; works by her for kantele have been released on the album Chamber Music Works for Kantele (Inkoon Musiikki 2015).

“I’ve always been interested in traditions in music; in Romania I taught analysis of Romanian folk music. Pekka Jalkanen was the one who first encouraged me to compose something for kantele, which I saw was considered a folk instrument, but composers of our time were also interested in it.”

Dumitrescu takes an unprejudiced yet respectful approach to the kantele.

“I had listened to the kantele and knew that if I wrote something it would be something completely different… I thought about it as a very Finnish instrument and wondered whether this is something I dare to do. But actually, I’ve been active in the Finnish-Romanian Association here, and many Finnish people are really in love with the Romanian tradition! When I saw these people, how they wanted to get closer to my own country, I thought I didn’t have to be afraid to compose for the kantele either.”

Her first commission came from the Association of Kantele Teachers. Intended for students at the music institute level, the piece was entitled Neljä hengitystä kanteleelle [Four breaths for kantele] (2005). It was later set as a compulsory piece in a kantele competition, allowing the composer to hear multiple interpretations.

Fresh for two kanteles and percussion by Adina Dumitrescu (video)

Tuning with a twist

In a later job substituting for a music teacher, Dumitrescu had the opportunity to write for a small ensemble featuring the instruments that pupils at the school were playing at that time. The result was interesting.

“One student played the kantele but wasn’t able to tune her instrument, because usually the teacher does it until they learn to do it themselves. This was the time I got the idea of writing something for a different tuning. Compared to many other instruments, the kantele frees the musician from the temptation of ‘correcting’ the ‘untuned’ notes. Each string can offer only one pitch once tuned,” she recalls.

Adina Dumitrescu has experimented with various tuning systems since them, sometimes dividing a fourth into three steps and a minor third into two steps, as in Ua hoi! for 2 kanteles or in Acrilic damunt tela for kantele and 4 gongs, and sometimes dividing an octave into 31 pitches, as in Tuned to the real world for kantele trio. In an ensemble, such differing tunings open up interesting vistas.

The support and enthusiasm of musicians is crucial for the composition process, and Dumitrescu often writes her works in collaboration with them. Elisa Kerola was the first Finnish kantele player who took the initiative to commission Dumitrescu to write a piece for kantele. Later, Dumitrescu has collaborated closely with prominent kantele performers Eva Alkula and Jenni Vartiainen.

At the moment, she is planning a work for three kantele players and six kanteles, each tuned differently, and a work for 15 small kanteles.

“Earlier, I always wrote for the big concert kantele; maybe I felt closer to this advanced instrument with its big resonance cavity. But the simple instument has its simplicity, and now I’d like to treat that as well.”

There are many other composers and musicians inspired by the kantele and exploring its dimensions, such as Senni Eskelinen with her progressive electric kantele music or contemporary composers such as Asta Hyvärinen and Hannu Pohjannoro. In Kaija Saariaho’s opera Only the Sound Remains one of the significant roles is assigned to the kantele, played by Eija Kankaanranta (see the article here). The ancient roots of the instrument are particularly evident in Arja Kastinen’s meditative and improvisatory playing.

The world of the kantele is constantly expanding, and thinking outside the box is no longer a rarity.

Listen to Adina Dumitrescu’s Concerto for bass clarinet and orchestra