Finns never fail to point out that the kantele is Finland’s national instrument. In our national epic, the Kalevala, Väinämöinen the wizard builds the first kantele from the jaw bone of a pike and charms all the people and the animals of the forest. But there are kantele-like instruments elsewhere too, and it is only recently that they have begun to be studied more thoroughly.

The kantele is Finnish. As I think about this statement, it feels true. But is the kantele exclusively Finnish? After all, the statement could be construed to mean that.

“The kantele as an instrument is far older than the nation! The very conception of nations is quite young,” says Timo Väänänen D.Mus., who has studied the kantele family in depth. “To this day, Finns have a very strong image of what the kantele is and means, and national identity is part of the picture. This is neither a good thing nor a bad thing in itself, but we need to be aware of it.”

Many Finns do a double take when someone mentions a Russian kantele. How could the Russians possibly have a kantele? To be fair, the instrument is called the gusli in Russia.

“In Finnish, I feel I can safely refer to all members of this instrument family as kanteles, but in English, I do not want to appropriate instruments from different cultures under one umbrella by using the Finnish term exclusively; so I call the Russian instrument the gusli,” says Väänänen. “I have an exchange student at the Sibelius Academy who plays the Estonian kannel – but I noticed that in English she too refers to her instrument as a kantele. After all, ‘kantele’ is probably the better-known word internationally, perhaps because the Kalevala was translated into multiple languages quite early on.”

So we are back with the Kalevala. I ask Väänänen whether the other peoples with kantele-like instruments have a similarly strong bond between instrument and mythology, and he nods.

“Kanteles are the instruments of heroes in many lands. In Finland, the kantele has a particularly high national symbolic value. In Russia, the gusli is associated with heroic tales, such as the tale of Sadko, and tales of music that makes all nature stop and listen, like Väinämöinen’s music. I feel this is a description of a shamanist experience.”

The official status of kanteles varies from one country to another. In the Baltic states, these instruments (the kannel in Estonia, the kokles in Latvia and the kanklės in Lithuania) have a firm official status. Music played on them is a living tradition to this day, and there is training available. Väänänen makes particular reference to the thriving instrument-building tradition in Estonia.

“In Poland, by contrast, the situation is very different. An ancient lyre-kantele, hundreds of years old, was discovered in an archaeological dig around Gdansk. It predates the Polish nation. Therefore it is by no means a symbol of the Polish people, it has no official status, and there are fewer than dozen people who play it. Of course, this is very liberating for the musician, since no one knows how the instrument used to be played in its day. When I visited Poland, I played five-string-kantele repertoire from Haapavesi on it, and it worked really well!”

From tradition to pop

The kantele is a very popular instrument in Finland today. It is used in music playschool and of course for folk music, but classical music is also played on the kantele, and contemporary classical music has been written for the instrument. The kantele is equally adaptable to Michael Jackson and to basso continuo playing. However, it is still principally perceived as a folk instrument.

“You can call it a folk instrument if you want to emphasise the historical or traditional aspect,” says Timo Väänänen. “It sort of pigeon-holes the instrument: it is specifically described as being traditional. What about just calling it an instrument? And then talking about the tradition as a separate thing?" 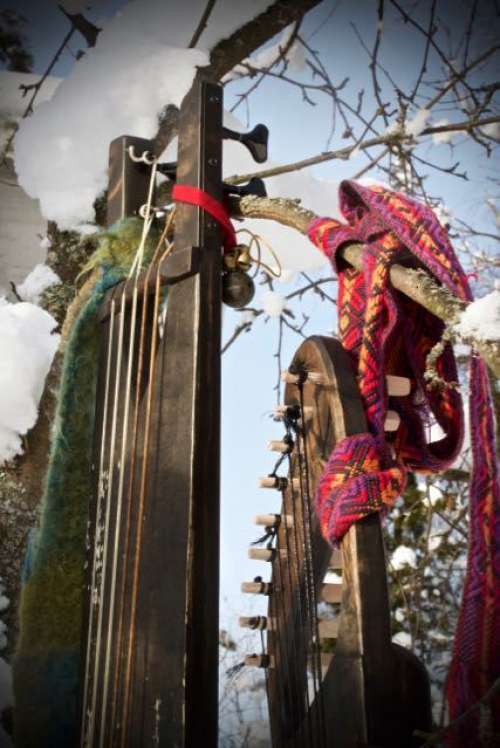 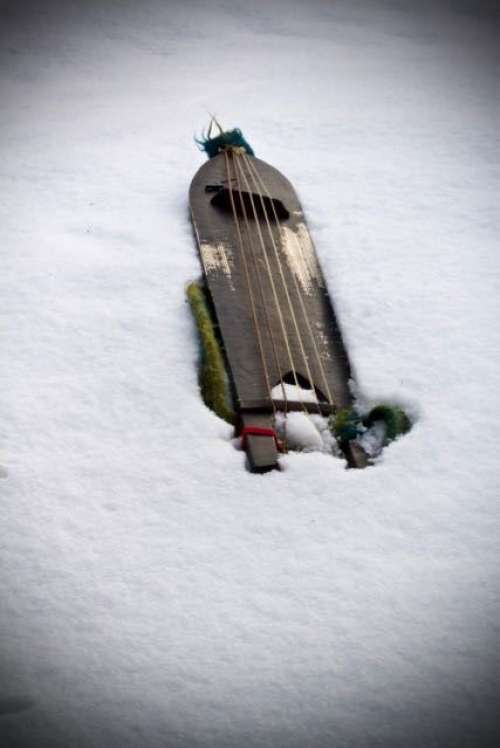 The kantele family includes an exceptional number of instruments that are very different from one another. In Finland, the kantele has not been developed into an entire range of instruments for orchestral use as in Russia or Lithuania, for instance. The Finnish variants of the kantele – the five-string hollowed-out instrument, the 10-string and 15-string small kanteles, the Saarijärvi kantele, the home kantele, the concert kantele and the electric kantele – are very different from one another. Although this diversity is a strength, Timo Väänänen also considers it a good thing that not every individual instrument is of a unique design.

“There was a drive to standardise kantele models in the 1980s. Before that, training was also not commonly available. It would be very difficult for composers and arrangers if they never knew what kind of a kantele a musician would be playing. Standards are also very useful in marketing, I would imagine.”

In the 19th century, the kantele was firmly attached to the building of the Finnish national identity. This meant practically ignoring its use by minorities.

“Virtually no kanteles were collected in Finland’s Swedish-speaking areas, because no one went looking for them there. But what was the language spoken by the people who originally made the instruments or played them? And did the Roma or the Jews in Finland ever play the kantele, perhaps? Do we not know because they never did? Or because no one ever asked them?”

Väänänen has studied several kanteles in museums in Finland and abroad and points out that even museum collections were originally assembled on the basis of the nationalist ideal.

Museum instruments are frequently copied nowadays, and there is much to learn from them.

“By studying the instruments themselves, we can recover some of the know-how, even if the tradition died out at some point. There is a lot of information in these artefacts. If a solution proved to be useful, it was repeated, but if the living connection to this lore is lost, then we may not understand exactly why a particular shape or structure was repeated.”

Väänänen mentions an example: the groove on the reverse of the blade of a wing kantele is there for the purpose of projecting the sound. If it is omitted, the instrument will not work. This is the kind of know-how that can be rediscovered by close examination of instruments.

There are professional instrument builders in Finland, and kantele players have the luxury of being able to call a builder directly and commission exactly the sort of instrument they want, or they can collaborate in developing instruments. 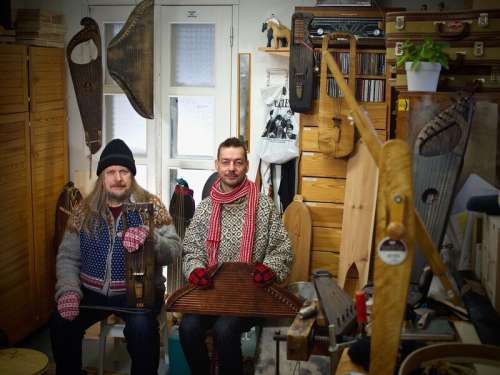 “Instrument building is crucial for kantele culture as a whole. When I visited the Mari region [in Russia], for instance, I found kantele teaching and players but no instrument builders. Carpenters are able to make instruments according to a template, but that isn’t good enough if the instruments don’t sound good. Musicians in the Mari region use factory-made instruments from the 1980s. Also, these instruments are usually owned by schools; there is no way of getting an instrument of your own. This means that musicians only make music in institutions, as there is no scope for forming independent ensembles, for instance.”

Timo Väänänen counts himself lucky, because instruments have been available in Finland both when he was studying and when he began his professional career. He did not originally plan to explore instruments of other cultures related to the kantele, but life chose otherwise: today, Väänänen often travels with a lyre-kantele from Novgorod and a pyngyr and a nars-juh from Siberia.

Väänänen has gone on ten field trips to kantele-playing peoples and has written two books and is working on a third. He eagerly awaits his next trip, which should take him to a Tatar village in the Volga region where there is still a living tradition of playing the göslä – yet another kantele.