PREVIOUS ARTICLES FOLLOWING ARTICLES
By day, Tero Halvorsen is a mild-mannered archivist, but in his spare time he fights against time and oblivion. His tiny record label Finlandia Classics releases historical recordings made by Finnish singers celebrated in their day that would otherwise languish in radio vaults and private collections – and eventually disappear. While the operating environment for the recording industry has become challenging to say the least, Halvorsen’s passion and vision keep him going.

When Tero Halvorsen arrived in Helsinki as a young man in 2000, he had dreams of becoming an opera singer. He studied with well-known voice teachers at the Sibelius Academy for a while but eventually decided to embark on a more secure career path as a civil servant. Nevertheless, his interest in opera led to enduring friendships with many singers. One of them was Hannu Heikkilä (1922–2003), a famous bass acclaimed for his performance as Mephisto at the Finnish National Opera. Heikkilä played Halvorsen some excerpts of his old tape recordings, and Halvorsen, duly impressed, began to contemplate how to preserve this valuable material and make it more widely available.

Before the 1970s, relatively little classical music had been recorded commercially in Finland. Many celebrated opera singers of the 1950s and 1960s never released any records at all. The Finnish Broadcasting Company (YLE) did have regular programmes of classical music, but in many cases the tapes had been erased and recycled a long time ago. As a result, the voices of singers well-known in their day were at risk of being lost forever.

Heikkilä had only burned a few CDs of his tapes for his friends, but Halvorsen wondered if it would be feasible to release them commercially to make the recordings more widely available. CD sales were still robust at the time, but no record label was interested in his idea. Some of his collector friends had produced reissues of old pop and jazz records, so Halvorsen decided to follow their example and publish the record himself. While getting a CD pressed is a relatively simple process, the paperwork required proved to be much more complicated than he had thought. As the recordings were still protected by copyright, Halvorsen had to obtain the signatures of every single accompanying musician before the project could be realised.

As it happens, the musicians understood the significance of the project, and the experience encouraged Halvorsen to continue his work. Today, twenty years later, his label Finlandia Classics has a catalogue of 42 titles. The most recent release proves that the label has remained true to its original idea of showcasing prominent Finnish singers of the past, paying homage to baritone Kari Wilenius, Halvorsen’s first teacher. Wilenius (b. 1940) has never made any commercial recordings, but the selection of songs by Schubert, Schumann, Strauss and Merikanto on this disc shows that he was a remarkable interpreter of Lieder in his day. The songs were originally broadcast on radio in 1967 and 1968, but if the singer had not kept copies of the recordings himself, they would have been lost forever, as the original tapes have been erased. 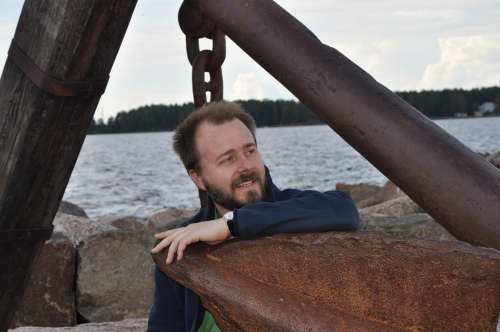 From private collections to public consumption

The first Finlandia Classics releases sold enough copies to pay for the production of the next volumes, but with the general dramatic decline in CD sales it became increasingly difficult to cover the costs. Halvorsen has been able to continue his work with support from the Finnish Music Foundation (MES). Over the years, his catalogue has grown into a virtual Who’s Who of Finnish singers from the 1950s, 1960s and 1970s. It includes sopranos Lea Piltti, Aulikki Rautawaara, Liisa Linko-Malmio, Irma Urrila, Riitta Pietarinen and Ilona Koivisto, contraltos Maiju Kuusoja and Heljä Angervo, tenors Veikko Tyrväinen, Pekka Nuotio and Peter Lindroos, baritones Matti Lehtinen, Usko Viitanen, Lauri Lahtinen, Matti Tuloisela and Hemming Eklund, and basses Kim Borg, Martti Talvela and Aarne Vainio – each with at least one CD dedicated to them. Some of these, most prominently Kim Borg and Martti Talvela, created remarkable international careers and made recordings for major record labels, but with the passage of time and the present state of the recording industry, the original records have long since disappeared from the market.

Halvorsen is especially proud of the double CD showcasing soprano Irma Urrila. She had a remarkable international career in the 1970s, including playing the part of Pamina in Ingmar Bergman’s film adaptation of Mozart’s The Magic Flute. Up until then, her discography had been limited to a small number of solo songs by Finnish composers. This album presents for the first time the full range of her talents. A few tracks have been licensed from Warner Music, but most are from the archives of the Finnish and Swedish Broadcasting Companies and from private collections.

The Finlandia Classics catalogue is not limited to singers, although they constitute the majority of the label’s output. Legendary violinist Heimo Haitto (1925–1999) was a child prodigy who won an international music competition with Paganini’s Violin Concerto no. 1 in London in 1939, at the age of 14. During the war years, he went on to tour the United States. At the peak of his career, Haitto was so famous in Finland that not one but two feature-length films were made based on his life story. His discography, by contrast, is limited. The three CDs featuring his performances, including the aforementioned Paganini Concerto, offer new listeners an opportunity to hear the real musician behind the legend. Another album features Maire Halava (1911–2004), a student of Nadia Boulanger who was once considered one of the top pianists in Finland. Typically for artists of her era, Halava made no commercial recordings but did contribute to a considerable number of radio programmes.

The third dimension in the catalogue besides singers and instrumentalists consists of the music of neglected composers. In the final decades of the 20th century, the production of classical recordings flourished in Finland, and many contemporary composers got their works published on CDs. But as record sales declined and the number of new classical albums began to shrink, it also became apparent that many significant composers had been underrepresented. One of the most glaring omissions was Helvi Leiviskä (1902–1982), one of Finland's most prominent woman composers. Until 2012, her discography consisted of a single 78 rpm disc made in 1956. The Finlandia Classics release includes her Symphony no. 3, a Violin Sonata and an early Piano Quartet.

The fate of unpublished historical recordings raises many questions. In the golden years of public broadcasting, every European broadcasting company had its own symphony orchestra. All of them produced a large number of classical music programmes on a weekly basis. Recordings of many of these programmes still exist, preserved in radio archives. As the broadcasters themselves often do not have the rights to make them available online, they remain buried in the archives unless someone comes along who is willing to do the paperwork required to dig them out. The situation is even worse for recordings that exist only in private collections. Without proper care and the intervention of a dedicated archivist, the performances captured in them will be lost forever.

Today, most of the Finlandia Classics catalogue is also available online, which is basically where the recording industry is now. Halvorsen is glad to have his catalogue accessible worldwide, with listeners as far as Australia and Japan, but in economic terms the internet income has been disappointing so far. “I get more of a return from the sale of one CD than from a thousand plays on an online platform,” Halvorsen notes. Yet he has no intention of closing up shop; there is just so much music still waiting to be brought out into the world.

Martti Talvela. Visions. Finlandia Classics / Fuga 9260
Includes previously unreleased performances from the archives of the Swedish Radio and other sources.

Yrjö Kilpinen. Lauluja – Songs. Finlandia Classics FINCLA 18.
Kilpinen was the best-known Finnish composer in the generation after Sibelius, with a budding international career in the 1930s. Today, he is largely shunned due to his political views, but his solo songs deserve to be remembered.