When Alfonso Padilla arrived in Finland from Chile in 1975, the brand of tango found in his new homeland was for him mainly a source of bemusement. Now, more than 40 years later, he is completing an extensive research project on the Finnish tango.

Docent Alfonso Padilla PhD has listened to some 2,000 Finnish tangos over the past two years, and he is still not even halfway through his playlist. His goal is to listen to all the Finnish tangos ever recorded, in chronological order. By his current reckoning, there are about 6,300 of them.

This musical marathon has to do with the research project The Finnish tango – history, stylistic evolution and importance, funded by the Kone Foundation. Padilla plans to write a book on the project’s findings, intended for the general public. He has been accumulating interview material since the 1980s.

Alfonso Padilla emigrated to Finland from Chile in 1975. He was a political refugee at the time, and since then has created a career in the Department of Musicology at the University of Helsinki, from which he retired in spring 2017. Back when he arrived, the brand of tango that was found in his new homeland was for him mainly a source of bemusement.

“I soon realised that the tango is important for Finns. But it sounded like a German march! The so-called Argentinian tango is rhythmically very complex, as we know, but this was so very foursquare.”

Padilla developed a scientific interest in the tango in the late 1980s. In 1987 the University received a request for a musicologist to give a talk on the Finnish tango to a pensioners’ society. Padilla observed that he knew nothing whatever about the Finnish tango and was therefore keen to take on the task.

“I listened to hundreds of tangos and sought out everything that had ever been written about the Finnish tango – and that was not very much. I was well acquainted with the Argentinian tango and it was an interesting comparison.” 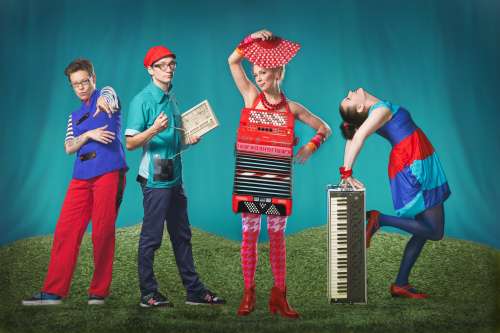 Johanna Juhola Reaktori. Juhola's music is an original blend of contemporary tango and inventive use of electronica. Photo: Sami Perttilä.

Padilla’s current research focuses on the years 1928 to 1945 and on the 35 years before the present day. It is not that the period in between is any less interesting, but particular research has already been done on the 1950s and 1960s. Padilla’s favourite tangos actually fall within the years excluded from his research, from 1945 to 1985. Siks oon mä suruinen [That’s why I am so sad, 1945] and Eron hetki on kaunis [The moment of parting is beautiful, 1948] were written by Finland’s most famous composer of tangos, Toivo Kärki. Padilla also mentions Nuoruustango [Youth tango, 1971] by Kaj Chydenius, which he now realises is related to the Italian tango rather than to the South American or German tango.

Padilla considers the transition beginning in the mid-1980s to be particularly interesting. It was at that time that young Finnish musicians began to have direct encounters with the Argentinian tango and became infatuated with Piazzolla’s music, and around the same time a televised annual event named Tangomarkkinat [Tango market] was launched in Seinäjoki in western Finland, bringing glamour, pomp and large orchestras to tango music. Although this was and is a predominantly commercial venture, Padilla notes that it has also had a huge cultural impact. 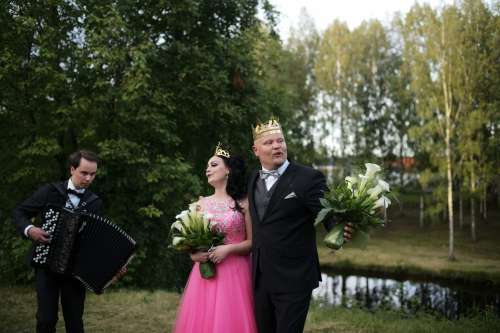 The annual Tangomarkkinat [Tango market] event in Seinäjoki culminates in the crowning of the Tango King and the Tango Queen. Photo: Slava Vinokurov.

The influence of Piazzolla resulted for a time in outright imitations, according to Padilla, but this gave way to a more original and varied approach in the Finnish tango around the turn of the millennium. What Padilla finds fascinating in the newest manifestations of the Finnish tango is the pluralism and multitude of influences that go into them.

“Finnish composers and musicians who write and perform tangos come from diverse backgrounds: rock, jazz, folk or classical. People who have studied at the Department of Folk Music at the Sibelius Academy will have been exposed to African, Asian or Balkan music. You can hear all this in the music they make. Rock is a particularly heavy influence at the moment, and this is true in the Argentinian tango as well. The energy, power and positive aggression of rock music are mother’s milk for a particular generation.”

Tango is not the only genre in which Padilla is interested. He might well have chosen to spend his retirement studying the works of Pierre Boulez or the music of Peru. He is already thinking forwards to his next books. But Padilla had another motive besides scientific interest to examine the Finnish tango in particular, and to fill a major gap in Finnish musical research along the way.

“It’s a sort of tribute. I came to this country as a refugee, and Finland and the Finnish people saved my life. I have been fortunate to be able to teach many Finns, but I would also like to leave a more permanent legacy.”

Alfonso Padilla will present his research project in Discovery Session at Womex on 24 October 2019.