Trumpeter Verneri Pohjola has spent this weird spring pretty much the same way as all professional musicians worldwide: Taking part in streamed concerts and honing his chops and working on new music at home. A recent highlight amidst the trying times was the whopping Down Beat review of his current album The Dead Don’t Dream. At FMQ‘s request, Verneri spoke to Petri Silas about the music that gives him solace and strength when the going gets tough.

“Much as I admire and respect how the sublime 1969 Miles Davis album Filles de Kilimanjaro functions as an intact and poised piece of art or how craftily Cannonball Adderley handles the alto saxophone in his solo on Miles’ arrangement of the Cole Porter classic Love for Sale, I must confess that my go-to piece of music in times of trouble does not come from the realm of jazz at all. Hand on heart, my personal “strength song” is the poignant and heart-rendingly beautiful It’s Not Up to You by Björk.

My relationship with the Icelandic singer’s totally idiosyncratic, always inventive and often otherworldly music began in full when her fifth album Medulla was released in the fall of 2004. We had already recorded and released our reading of Björk’s Anchor Song on March of the Alpha Males, the debut album by Ilmiliekki Quartet, but the impetus had originally come from pianist Tuomo Prättälä. At that point, I had the singles Oh So Quiet and Hyperballad but never really thought about interpreting Björk’s music in any kind of electronic setting. This was to change a bit later when nu-soul group Warp! invited me along on their tour of Finland where the set list comprised almost exclusively of Björk’s material.

My personal love affair with Björk’s music commenced at around the time of Medulla’s release but the album that really captured my imagination was its predecessor Vespertine (2001). That’s where I found It’s Not Up to You. Written by Björk and Danish electronica composer Thomas Knak, this disarming track blasted my defenses and immediately made it to my “power play” list. I was enthralled by the charismatic album and the ease with which Björk managed to conjure up an entire universe of colours, possibilities and wonder.

Vespertine laid out vistas I had never experienced before. And have yet to experience again. On the surface, it comes across as a solid electronic pop album where one song follows the other. But in fact, Vespertine is an organically evolving entity where the climaxes are built up very naturally and inexorably. The structure follows its own logic weaving a thread that flows through the entire duration of the disc.

Aside from the regular array of samples on a turn-of-the-Millennium pop album, the sonics on Vespertine comprise of a wide array of sounds produced by using kitchenware, other household items and noises recorded in the wild.

Elements like a children’s choir and ancient keyboard instruments are combined with influences from modern classical music and woven into the tapestry of the album. To all intents and purposes Vespertine appears to be a thoroughbred pop production, but is in fact much more.” 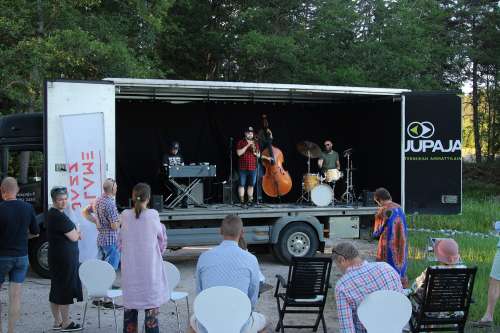 “After a fashion, this open method of experimenting appeals to me as a musician. On the one hand I would like to try and work in a similar manner. But on the other, I’m afraid or at least apprehensive because I might not have the stamina to pull off such a project. I’m not that proficient at noodling with electronic gear and my attention span when working on minute details like that is not the best in the world. Luckily I have friends like Samuli Kosminen and Tuomas Norvio with whom such an undertaking might one day become reality.

But all in all, I guess I’m an improviser at heart and that attribute will always steer me towards a certain direction. For me, it is natural to create a narrative and a dramatic structure in music through real-time playing instead of plotting a secure path out in advance.

When all is said and done, I can’t sate that I have been a Björk fan from Day One – let alone claim that I was on board already in the late 1980s at the time of her original band The Sugarcubes – but I can state that ever since discovering Vespertine I have followed her career quite carefully and also made sure to investigate what she did before my “entry point” of 2004. I came in at the middle, worked my way in both directions and remain a satisfied customer to this day. Tell you the truth, it is actually quite typical of me to be out of touch of what’s supposed to be new, trendy and hot.”

“A defining factor of my deep connection with It’s Not Up to You is the song’s uplifting and gracious message. Subscribing to the best and oldest traditions of popular music, the lyrics first come across as very simple. But the layers open up ever more as one concentrates on the words. And this combination of something hidden and something very straight forward appeals to me.

There is no great mystery or a riddle to be solved in the lyrics, but the song carries a very powerful message. At least for me. The feeling of solace and peace combined with an underlying sense of power has carried me through some tough times and rough patches. With the situation in the world now being what it is, I’m sure I will be needing the strength, hope and confidence It’s Not Up to You gives me in the future as well.” 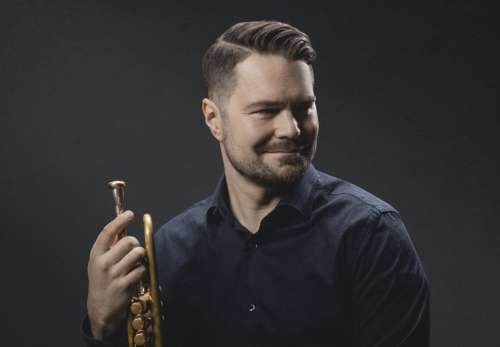