"Joik comes in many guises, and I have been obliged to accept that my joik language is mixed up with all sorts of things. The main thing, however, is that my joik language is for expressing my feelings on my own terms," writes Sámi musician Ánnámáret (Anna Näkkäläjärvi-Länsman). This column is part of the series where composers and musicians write about their music.

It is ‘me time’. I walk uphill. The air is brisk, fresh. A car passes in the distance. Up the fell as I go, the sounds of cars soon no longer reach me. A babbling brook, a whistling wind, a bit of a drizzle. I reach the summit of the neighbouring fell, which commands quite a broad view. Some marks of the human hand can be seen, grooves in the shape of the earth. Yet most of what I see may still contain something untouched. I sit down on a large rock. I scan the horizon.

And then it comes, again, music from out of nowhere. No words, no obvious rhythm, just joik with no beginning and no end.

Joik is an emotion, a state of mind, a mode of expression. Joik is a language unto itself. It is at once a social construct and a sophisticated, complicated form of music. While joik is the music of the Sámi people, it is also a device for memory and communication. When we joik, we do not joik about something, we joik the thing itself. Joik is a comprehensive description of whatever it is one is joiking. Each subject of joik has its own melody, varied subtly by the singer in accordance with the aesthetics of joik. It is a musical portrait of a person, a place, an animal, and so on.

In today’s world, joik embraces modern life and its phenomena, or even abstract concepts. The same joik may be manifested in multiple ways. It is all down to what the joiker wishes to express in joik. 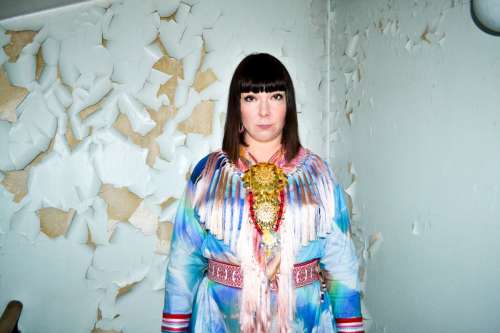 Since childhood, my musicianship has been defined by my Sámi identity. I am a musician and I am a Sámi, but joik is not something that comes naturally to me, and I do not consider myself a joiker. Nevertheless, joik is the music that is nearest to me. My joik language is my own, it is my own idiom that has evolved in the course of my life. Sometimes listening to someone else joik is a powerful, spiritual experience. A joiker transports the listener to another place and makes the entire body resonate with the sensation of the subject of the joik. At the same time, one can objectively appreciate their vocal quality and their command of joik expression.

Joik language does not reveal everything to everyone. Joik embodies the values and essence of the Sámi culture. No outsider can ever fully understand it.

For me, the past years have been an exciting journey into the past. By chance, I gained access to a body of archival recordings that allowed me to build an image of an ancient musical culture that no longer exists today in such an extensive form. What was significant was that the material that I studied had been collected in the region where my ancestors and grandparents came from. This put a personal slant on the research and yielded a new dimension to my self.

Archival recordings have taught me more about the world of the joik. But how have I been influenced by Western music education, which I have had since I was a child? Can competence in that area help me better perceive the nuances of joik, and does my visual mind help me memorise and recall joik melodies using music notation? Or am I too foursquare and black-and-white in trying to impose scales, rhythms, logic and definitions on all this?

Why cannot I just let joik be, instead of mixing it up and inventing new things and blending it with instrumental music? Because it is my music and my identity.

My joik language is my means of expressing myself and reflecting on my environment. Joik comes in many guises, and I have been obliged to accept that my joik language is mixed up with all sorts of things. The main thing, however, is that my joik language is for expressing my feelings on my own terms. It has been important for me to explore stylistic features through the archives, but on the other hand there is an enjoyment in artistic freedom, drawing on elements in the archival recordings that inspire me at any given moment – and I can say that there are a lot of these elements to be found. Every time I listen to a historical recording, I find new things to marvel at and to take on board.

My joik language is so blended in with all the kinds of music I have heard from around the world that it feels only natural to combine it with instrumental music. Having studied and tried out various joiks, I have found that a feature of joik often referred to by joikers – the essence of freedom – has become more prominent in my own music-making. When included in an artform created with other musicians in a band, joik must make concessions and compromises. There must be a consensus about how we are making music. Some of the features of joik may become eroded in the process, and the resulting music is quite far from what previous generations would recognise as joik. Hopefully, though, there is something in the core of this genre of Sámi music that will remain untamed in the process of amalgamation that in today’s world understandably impacts all cultures of the world.

Trying to understand what makes joik what it is and how I can incorporate these features into my own music is endlessly addictive. What modes of expression and vocal techniques can I derive from joik, and how can I naturally use them in my music? At the same time, I need to remember that it is better to make music that sounds my own than to get bogged down with definitions and determinations of what my music is or what joik is.

Growing up and living between two worlds is an endless source of inspiration for me. These worlds have met and mixed within me. I feel that my way to deal with the wounds of colonialism is to create a fusion like this: by attempting to understand how joik has worked in the past and what it has sounded like, and by converting these attempts at understanding into music that is in my own idiom. This is the road I am walking down, and it makes me feel whole and the world an easier place to live.

There is something very powerful in joik. When you joik, you feel a connection with history and the cycle of life, a sense of being part of something bigger than yourself. Joik is a feeling, specifically a feeling imbued with your own strengths and weaknesses and perhaps those of previous generations as well. My thinking is that my joik gives voice to the history of colonialism and the empowerment of reclaiming our culture. I hope and trust that every listener will perceive this.

Ánnámáret: Nieguid duovdagat [Dreamscapes] was nominated the Folk album of the year 2021 by Kansanmusiikki magazine and Folk music and folk dance in Finland.