PREVIOUS ARTICLES FOLLOWING ARTICLES
Doctors of Music have been graduating from the Sibelius Academy over 30 years. The spectrum of research undertaken at the academy is broad, but its principal strength is in artistic competence, which helps open up new research prospects. Now that the value of the artist's knowhow for research is better understood, investment in post-doctoral research is growing.

The Sibelius Academy is the only music university in Finland. To date, more than 200 Doctors of Music have graduated from the academy. The first to do so were in the genre of classical music, in 1990, but the doctoral programme soon expanded to cover all genres at the Sibelius Academy. The doctoral education was organized as two schools: DocMus for classical music, church music and composition, and, later, MuTri for jazz, folk music and music education. A doctoral student can choose between three programmes: research study, applied study and arts study. The artistic doctorate’s dissertation includes both artistic and written components. The applied programme students design a development project, which can include various forms of publications and outcomes, and research programme leads to more traditional dissertation. Research thus comes in many shapes and sizes. (Read more about the programmes here.)

Professor of Folk Music and deputy head of the MuTri doctoral school and research unit, Dr. Kristiina Ilmonen reports that the policy for artistic doctorates at the Sibelius Academy has shifted over the past years. Previously, the ‘practice as research’ approach was perhaps dominant, focusing on deepening musicianship and on artistic performances. Now, the emphasis is towards ‘practice-based’ and ‘practice-led’ approaches, where musicianship and creative work is seen as a foundation for academic research.

“The previous approach produced brilliant artistic work that contributed to improvements in the arts sector. We have gained huge insights into music,” says Ilmonen.

“However, our artistic doctoral graduates continued their postdoc life mainly as musicians and creative artists, and only few pursued an academic path. But I consider it important for musicians to develop their research skills too, so that they will be in a position to make an expert contribution to society, to engage in debate in the field of academic research and above all to be taken seriously there.”

Starting point: the practice of a musician or a composer; goal: producing knowledge

Shifting to a more research-oriented approach nevertheless still allows for multiple approaches, and there is no intention to ignore the importance of artistic components for the research.

“It is typical of artistic research that it employs multiple methodologies and is experimental and permissive. Musical acts or works of music may constitute the material for a study, or its method, or its outcomes – and often all three at once,” Ilmonen explains. What is constant is that the artist is also the researcher, using their own practice as the tool for identifying new knowledge:

“A professional musician or composer can identify relevant questions based on their practice that would be difficult to identify from the outside, as it were. However, producing new knowledge is just as essential a goal here as in all academic research.”

It is also important to frame the research findings in such a way that they are understandable for the broader research community. The artistic research results in the form of musical performances or compositions as such might be fully understandable only for a small expert audience. That is why candidates are today expected to share their results also verbally and to link their work to existing scientific and artistic debate. Ilmonen would like to see doctoral candidates publish more peer-reviewed articles. A favoured channel is the international Research Catalogue platform, where audio, images and video can be uploaded on an equal basis with text. 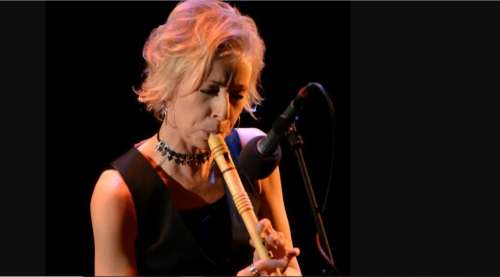 The musician’s perspective can help to identify completely new research topics and doing research in turn also enriches the musician’s practice and the art field in general.

“Completing a doctorate represents a steep learning curve for someone trained as a musician. Everyone who has survived the ordeal swears by how hugely it has helped their artistic thinking processes,” says Ilmonen.

Ilmonen notes that many musicians are analytical by nature and often also mathematically and linguistically gifted. It is easy for them to assume the mantle of a scholar. However, there are also musicians whose approach to making art is more intuitive, and for them verbalizing the research process may be more laborious. Be that as it may, the knowledge, insights and skills acquired are in any case valuable assets.

“The processes feed off one another. Sometimes you’re wearing your artist’s hat, and then you put on your researcher’s hat to think about how you can conceptualise your art. Changing hats is immensely fruitful and enriches an artist’s practice.”

Ilmonen notes that all this by no means diminishes the achievements of those who earned their doctorate under the old system.

“Those doctorates represented considerable reforms on the Finnish arts scene and empowered artists. If you were to apply traditional research metrics, you would not necessarily realise just how revolutionary the doctorate of folk musician Jouko Kyhälä was, for example. His thesis on the potential of the harmonica as instrument was aimed at professionals, but the project as whole had a clearly discernible impact on the arts scene. He created an entirely novel harmonica playing tradition, knowledge and expertise in Finland and worldwide. 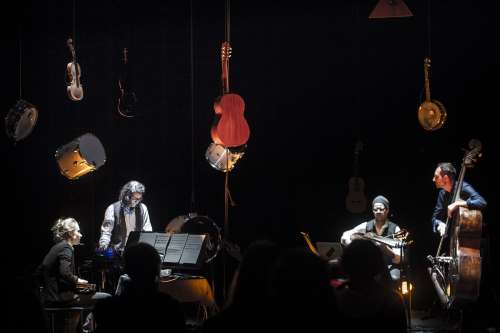 Post-doctoral research is also growing stronger at the Sibelius Academy. In 2013, the Sibelius Academy, the Academy of Fine Arts and the Theatre Academy were amalgamated as the University of the Arts Helsinki. In addition to the various doctoral schools, the University has three joint research units focusing on post-doctoral research. History forum concentrates on researching the history of music and other arts, CERADA is about arts education research, and CfAR (the Centre for Artistic Research) was created to boost artistic research, especially at post-doctoral level.

Professor and composer Otso Lähdeoja, who took up the post of Director of CfAR in January 2021, notes that he is interested in the interface between artistic research and arts studies, which is where he positions himself. Lähdeoja’s chair is a joint one between the University of the Arts Helsinki and the University of Helsinki, and a similar joint chair is held by associate professor Susanna Välimäki.

“Our common goal is to make artistic research and arts studies talk to each other more. Their boundaries are ambiguous and somehow political and not always relevant from a research standpoint,” Lähdeoja explains.

The quantity of artistic post-doctoral research depends on the units and is of course constrained by resources. Kristiina Ilmonen notes that there are very few paid research positions at the moment, and the professors do not always have time to do research:

“I am the only Professor of Folk Music in Finland, but my remit is mostly in teaching, with little time left over for research. As for gaining outside funding, we are on the same playing field as traditional fields of research. Fortunately, the leadership of the University of the Arts Helsinki is now on the ball. They have clearly recognised the importance of research resourcing,” says Ilmonen.

Plurality is the strength of research

“The very name of the University of the Arts Helsinki is kind of a burden. It is an illusion to pretend that science and art form a dichotomy. These two are not opposed to each other, and arts universities and academic universities are not mutually exclusive; they simply have different profiles. We need different universities and the various departments of arts research in them to achieve a plurality of views, a range of interests, interaction and conflicting views. That is the only way to ensure the quality, freedom and evolution of research.”

Both Kristiina Ilmonen and Otso Lähdeoja recognise the quality of artistic work as a strength of the University of the Arts Helsinki, but there is growing interest in artistic research beyond the sphere of professional musicians too.

“Basically any scholar can engage in artistic research, and this current boom is a great thing. But what I consider important is to provide resources an structurres for research conducted by professional musicians and composers. I would go so far as to say that the term ‘artistic research’ could have been reserved for research conducted by people who actually have extensive practical experience in musicianship,” says Ilmonen.

Within the Sibelius Academy, the feeling is that the discussion about the nature of artistic research is done and dusted and now it is time to get down to it.

“We’ve spent a lot of time justifying its existence. Now we need to do stuff and to work together,” says Lähdeoja. 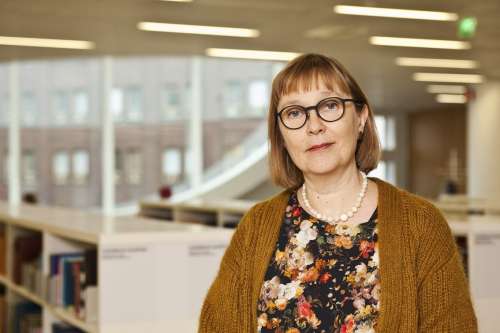 Professor Anne Kauppala, Director of the Uniarts History Forum unit at the University of the Arts Helsinki, also sees a decline in the doctrine of the separation of art and science.

“In a way, we’re returning to a time before the 19th century, when musicians would also write and do research without anyone saying they couldn’t. It is a huge benefit that music is the main thing at the Sibelius Academy, so we have never had to have a debate about the importance of arts research like at other universities.”

Kauppala considers it a strength that a broad range of expertise and knowledge on music can be found under the same roof.

“A researcher can find a cellist to ask practical questions about fingerings, that sort of thing. There are no silos.”

This is one of the major advantages of the University of the Arts Helsinki in the international context. In central Europe, for instance, entering an academic university may be the only option for a musician wishing to pursue a research career, since music education institutions do not have the authority to confer doctorates.

“We don’t ask permission what artistic research is, we just do it,” Kauppala summarises.